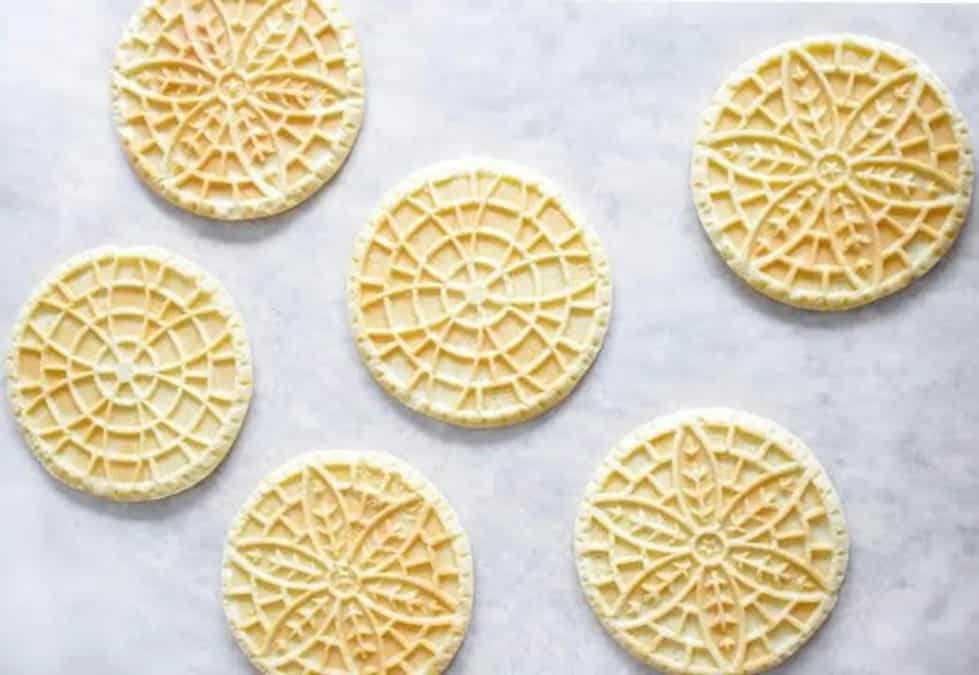 Sure, we've all grown up eating aata biscuits, jeera biscuits, almond cookies, and other tea-time treats, but have you heard of Pizzelles? It's the world's oldest cookie, believe it or not.

It was originated in Italy in the eighth century, and is also known as Italian wafers. They were made many years ago at the 'Festival of Snakes' in Colcullo, when the village was fully infested with snakes. The snakes were eventually scared away, and the people celebrated by baking Pizzelle cookies. Because a monk named 'Domenico' helped the locals get rid of the snakes, this celebration is also known as 'Feast Day of San Domenico.' These cookies aren't created and cooked like regular cookies; instead, they're made with iron plates that give each biscuit a unique imprint or design. This is quite similar to the method used to make waffles. To make these fascinating ancient cookies, you'll only need standard baking ingredients like butter, flour, sugar, and vanilla, as well as the right utensils and tools.

In Italy, these sweets are most commonly offered and enjoyed at Christmas, Easter, and special occasions such as weddings and birthdays. Though most Italians create these at home, they are also available for purchase in their markets.

Pizzelles can be eaten in a variety of ways; they are sweet wafer-like cookies that can be eaten on their own, but some people additionally layer ice cream and flavorful jams over them to make them more palatable.

Although the ancient cookie batter was supposed to be simple to make, the iron plates used to press the biscuits are difficult to come by nowadays. Only a few Italian families have these traditional iron plates, which were passed down from their ancestors. However, these cookies can also be prepared in a waffle machine; the taste will be similar, but the pattern and design will be slightly different.

If you ever get the opportunity to visit Italy, make sure to pick up one or two jars of these ancient wonderful biscuits. Since these biscuits are now unavailable in Indian shops, we may always try to make our own plain vanilla butter biscuits at home.

Ragi Chocolate To Cashew Almond: Try These Easy To Make Cookies At Home