The time of death is that of mourning and grief. In most Indian traditions, food is not cooked at the departed’s home for a certain period of time and the meals served are simple and basic. However, each culture has their own way of understanding death, and for the people of Pennsylvania, it is a time of lavish feasts. Surprised? We too were when we found out that they have a special pie that is made at funerals.

Also Read: Savour The Not So American History Of Apple Pie

A tradition that has been followed since the 1800s is a marker of Dutch funerals in Pennsylvania. It is believed that during that time travelling long distances was that easy due to the lack of railroad and other modes of fast transportation. Since the guests attending the funeral came from faraway lands, it was considered the duty of the family organising the funeral to take care of them and arrange for their stay.

This also meant serving them wholesome meals that satiate their appetite and keep them satisfied. Interestingly, a meal that was actually meant for mourning with the family of the bereaved turned into elaborate parties for the Pennsylvania Germans. There would be grand dinner setups post the funeral and all the attendees enjoyed a hearty meal, consisting of ham, beef, chicken, and white bread. Moreover, these parties also acted as a status symbol for the Dutch community back in the day. 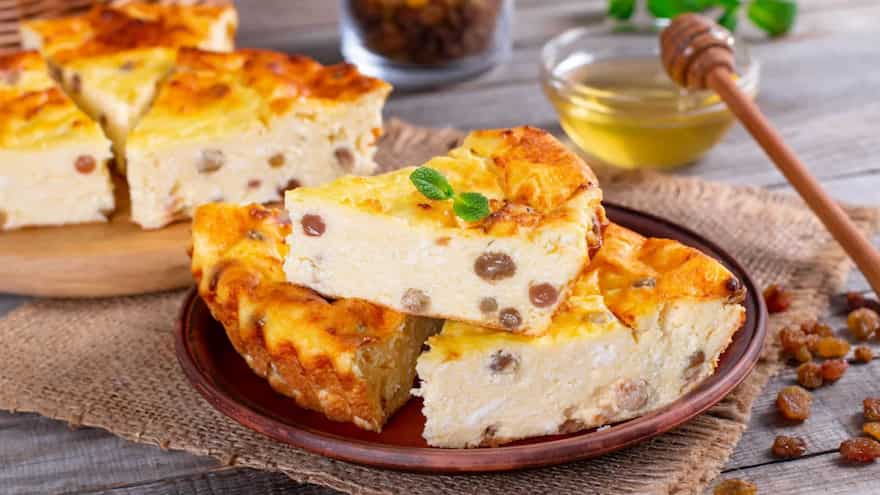 What was the most intrinsic part of these mourning times was the much-revered funeral pie. An utterly sweet treat filled with loads of dried raisins, the pie was not always associated with grief. Since people undertook long journeys for the funeral in the 19th century and refrigeration wasn’t available, one had to make do with things that could be preserved for longer. These included cold meats and dried fruits along with pies that would stay fit even when kept outside.

Since it was feasible to be served during funerals and raisins were available in abundance all year round, the humble raisin pie began to be associated with death and was finally given the name, funeral pies. The idea behind preparing such lavish feasts and funeral pies was driven by the vision to unite and get together after the loss of a community member. The Dutch culture believes that once a community member departs, everyone should meet and lend a supporting hand to the grieving family.

The community sentiment and sharing a meal with one another is believed to help in the healing process and makes the transition to normalcy easier. The funeral pies presented after the memorial service are a huge part of this transition. Much before the death of a person, if someone senses the fatality, phrases like “a raisin pie will be there soon” start doing the rounds. However, with changes in time and advanced methods of transportation, commuting has become easier and so the funeral pies have started fading away from mourning feasts.

Blind Baking: The Secret Behind The Perfect Pie Crusts