Try this easy and quick recipe at home Whether it’s summer, winter or any other season, Pani Puri is an all-time favourite and can be served at any time. Pani Puri has two main ingredients which are pani (water) and puri which is also known as golgappa in many regions of India. Golgappa is a crispy small ball which is filled with pani. To get the best flavours of Pani Puri, Puri should be crispy and fragile and it should be stuffed with boiled potatoes, cooked chickpeas and sweet red sauce. 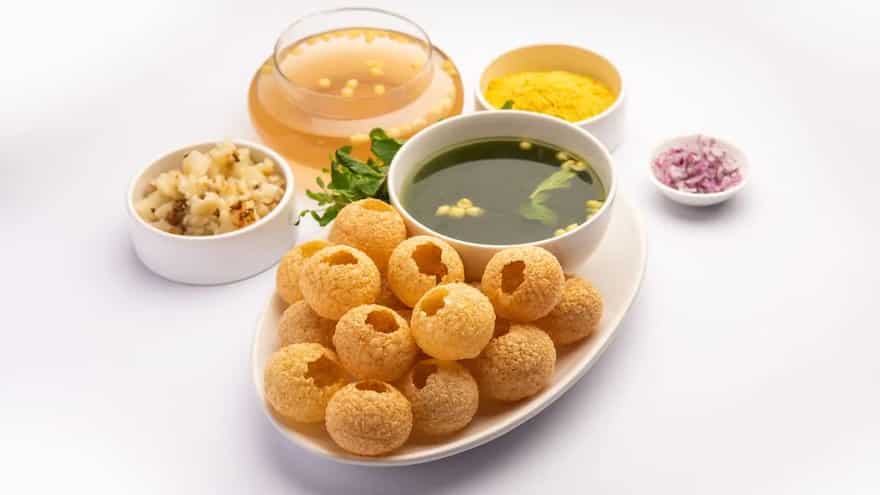 Coming from the streets of India, Pani Puri has a special place in everyone’s heart. Atta Puri or Sooji Puri, are the two main variants of puri which are served widely in India. Also, there is a large variety of pani (water) such as khata, meetha, hing vala and many more which are served with Golgappa.

The dish is served in every other street in India and is considered one of the prime street foods. Many foreigners visit India just to try street food here. Let’s check out how to prepare puri at home.

Here’s the recipe for Pani Puri.

These puris can last longer and their crispness can be retained, if they are kept in an air-tight plastic cover.

Have You Tried These Quirky Pani Puri Flavours?

This Street Food Vendor Offers Free Pani Puri To Customers; The Reason Will Warm Your Heart

IMF’s Gita Gopinath Welcomes 2022 With Pani Puri On Twitter; 5 Chaat Recipes You Can Try In The New Year Too