There are perhaps as many origin stories for the ‘avial’ as there are vegetables in this quintessential Onam preparation. In the 13th year of their exile, the Pandavas — in disguise — served in different capacities under the ruler of the Matsya kingdom, Virata. Bhima chose to pass himself off as a cook and wrestler, taking on the name of Ballava.

Perhaps the most well-known story of Bhima’s exploits from this time involves two feats of strength: his defeat of the seemingly invincible wrestler Jimuta in a bout; and his execution of Kichaka, the commander of Virata’s army, who had attempted to molest Draupadi, then in the guise of Sairindhri, a maid to the queen.

Lesser narrated is the story of his seeming accomplishments in the royal kitchen. While there isn’t as much corroboration from primary sources, culinary enthusiasts contend that “avial” — the Malayali mixed vegetable preparation — was created by Bhima in his time as Ballava. Two of the more commonly narrated myths present entirely different scenarios. The first states that Bhima, untrained in the art of cooking, was flummoxed as to what to serve the court during his first day in the kitchen. He decided to take all of the vegetables in the royal larder, chopped and boiled them in a single pot, and added some coconut and curd to finish the dish. The second myth posits that Virata once had a number of unexpected visitors who stayed to dine with the king. Since the quantities of individual vegetables in the kitchen were insufficient to feed them all, Bhima created an impromptu, mixed dish that used them all. 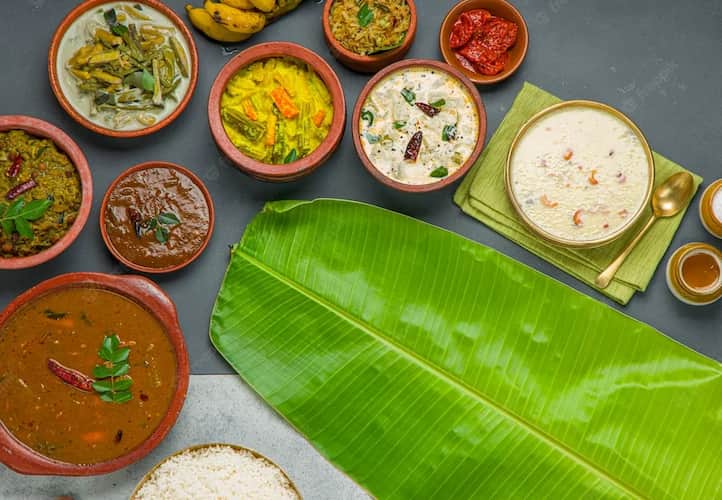 It seems odd to have a north-of-the-Vindhyas origin story for avial, a quintessential part of Kerala cuisine. For many, this Mahabharata connection seems far too nebulous, and they prefer the lore that ascribes avial’s creation to the Kingdom of Travancore, and a long-ago feast. Like the Bhima story, here too it appears that the guests kept arriving for the “Sadya” (traditional feast) while the stocks in the kitchen ran low. The king did not wish to turn anyone away without feeding them a meal, so he went into the kitchen to take a look at what was still available in the way of vegetables, and instructed the cooks to prepare a dish that combined all of them in a base of coconut paste and yoghurt.

The avial’s origins may be challenged, but its status as a significant part of the Onam sadya isn’t. As you sit down for a feast tomorrow, on Thiruvonam, take a moment to appreciate this marvel that marries perfect cutting and cooking technique with a flavour profile that is complex yet understated. Avial is proof that the whole is greater than the sum of its parts.

Naranga Achaar Is Onam’s Favourite Pickle, Tried It Yet?

Onam 2022- These Places In Delhi Are Serving The Sadya Meal