Oktoberfest of Munich, Bavaria: An Absolute Dream Of All Beer Lovers On 12th October, 1810, King Ludwig married Princess Therese of Saxe – Hildburghausen. In Munich, residents were invited outside the city gates for a grand celebration. The festivities continued for days, with beer drinking and horse racing. Since then, the festival has been celebrated in the fields of ‘Theresienwiese’ (Theresa’s Meadows) in Munich every year.

Known as the ‘Oktoberfest’, This festival is popularly known as the beer festival.  Gallons of beer are drunk all over the world. Oktoberfest is one of the most fun-filled and populated fairs and festivals worldwide, taking the coveted title of the largest folk festival in the world.

Bavarian beers are at the helm of affairs, with six breweries, namely  Augustiner - Brau, Pulaner, Hacker – pschorr - Brau, Spatenbrau, Staaliches Hafbrau-Munchen, Lowenbrau,  being the traditional brewers for the Oktoberfest beers. Conventional styles of beer, like Marzen Lager, and Festbier, are also called the ‘Oktoberfest Beer’. During the festival, these styles of beers are brewed and served in breweries worldwide to celebrate Oktoberfest. As per the decree passed in 1553, the Marzen beer in Bavaria was only allowed to be brewed between 29 September (St. Michael's Day) and 23 April (St. George's Day), And thus, a hoppier version with higher alcoholic content was prepared for it to last through the non-brewing days. Oktoberfest thus also kickstarts the Marzen brewing season, a perfect time to celebrate the iconic beer style.

Alongside beers, food and festivities abound during Oktoberfest. The fun rides at the festival field are a significant attraction, and contrary to popular belief, Oktoberfest is not limited to beer lovers., Many non-drinkers have a gala time, enjoying the parades, music, dances, rides, delicious food, and exciting shopping for memorabilia. 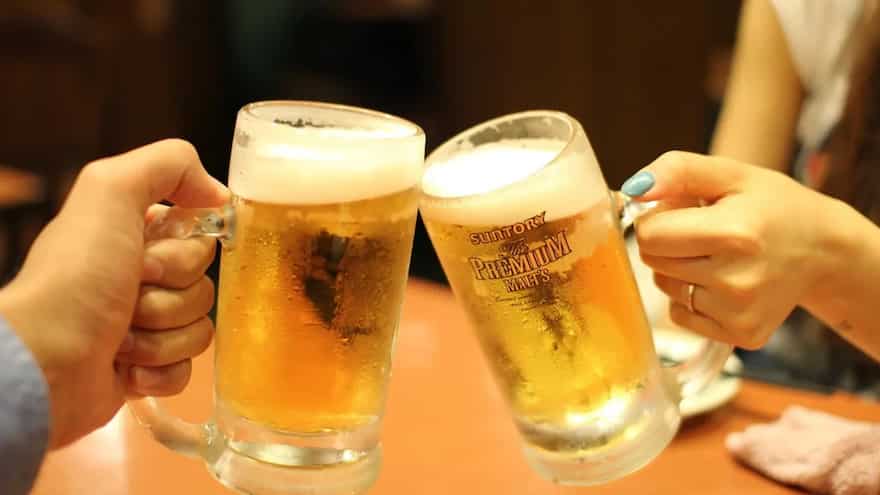 The electrifying environment of Oktoberfest and its fame and excitement lead people from across the world to attend the festival. People love to mingle and blend into the culture. Thus, you will find traditional outfits worn by most people at Oktoberfest. A dirndl for women, and lederhosen for men. Traditional colourful attire adds to the cultural extravaganza at play.

With all the festivities around, the biggest craze remains for beer drinking. There are multiple tents with individual tables for enjoying the famous Oktoberfest beers from the six age-old breweries of Munich. Marzen beer, also known as the ‘Oktoberfest bier’, is often the most loved and sold beer at Oktoberfest. With over 2 million gallons of beer expected to be consumed at Oktoberfest, that’s quite a lot of beer production and consumption.

Needless to say, with people getting drunk, a lot of drunken brawls and aggressive behaviour can be expected to happen at Oktoberfest, with many ‘beer corpses’ or ‘Beer Zombies’ Or ‘Sleeping Drunks’, who pass out after hours of beer drinking and can be seen lying around behind the tents or just about anywhere.

Those wishing to avoid beer can enjoy wine, cider, or even various non-alcoholic beverages available at Oktoberfest. Enjoy the delicious food on offer, and participate in cultural events happening all day long at Oktoberfest.

Oktoberfest is a fine example of love for festivities, fun and frolic. As a beer lover, I am fascinated by the love of Germans for their favourite tipple, bier. And a country as passionate as Germans are for their brews, attending Oktoberfest in Munich, Bavaria, is an absolute dream of most beer lovers worldwide.

However, being in India, and with the advent of many excellent breweries in the last two decades, you can certainly head to your favourite brewery and enjoy the unique Oktoberfest brews. A Hoppy Marzen would be my choice of beer; what would be yours?