The Oktoberfest returns in 2022, running from September 17 to October 3, after a two-year hiatus caused by the pandemic Just picture a festival with unlimited pretzels and free beer. It happens, in Germany, individuals experience that every year during Oktoberfest. It might exist in some form in your nation! Although the alcohol and refreshments are enjoyable, we should remember the long tradition that underlies the celebration. As a result, we would be able to appreciate this yearly German culture even more. Here, we talk about the origins of Oktoberfest as an annual custom. Moreover, how it came to be well-known and what to anticipate when going.

Oktoberfest is an annual festival held in Munich, Germany. People go to beer tents to drink beer and munch pretzels and other goodies. Millions of spectators descend upon the 100-acre venue for this crowded event. Live brass bands that play both contemporary music and classical German pieces are included at the festival. Additionally, it contains carnival-style games and attractions including carousels and ferries wheels.

Why It Is Celebrated?

The celebration first took place on October 12, 1810, and has been ongoing for more than 200 years. King Ludwig I of Bavaria and Princess Therese of Saxony-Hildburghausen were commemorating two events. First, it was the day of their wedding. Second, a recent uprising in a neighbouring county was put down by their monarchy. They used Oktoberfest to foster a sense of cohesion among Bavarians. Back then, the festivity did not go by that name. Instead, in honour of the bride, the two royals dubbed it "Theresienwiese." The family extended an invitation to the celebration to about 40,000 people. They gathered at Munich's gates and partied there for several days. Horse races marked the festival's conclusion on October 17. The next year, the community held the celebration. 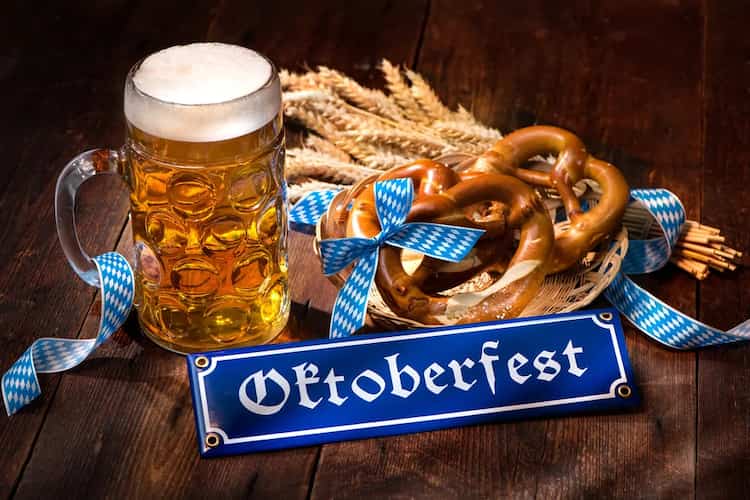 Horse races marked the festival's conclusion on October 17. The next year, the residents repeated the celebration. Theresienwiese may showcase agricultural accomplishments, according to the Bavarian Agricultural Association. The first merry-go-round and other carnival rides were introduced to the celebration in 1818. The first chicken roastery, or Wiesn, was inaugurated during the event four years later. At Oktoberfest today, around a million chickens are consumed. Horse races are no longer held there, but the pleasure and food still exist. You could assume that the festival takes place every October based on the name. It now begins in September, though. To take advantage of milder weather, organisers shifted the start date in the 1890s. The name Oktoberfest is still relevant because the festival lasts until early October.

When people think of this German culture, they typically think of beer. Since there are 36 beer tents in the original, beer from the following six regional breweries is served: Hacker Pschorr, Augustiner, Hofbräu, Löwenbräu, Paulaner, and Spaten. Because they adhere to Germany's Reinheitsgebot beer purity legislation, they are the highlight of Oktoberfest. Breweries are only allowed to utilise the following four ingredients while making beer: water, hops, malt, and yeast. Because of this, Munich's beers tend to be light in colour. Beer costs approximately 10.70€ to 11.50€ per litre, or $10.66 to $11.46. Approximately seven million litres of beer are consumed throughout the event, believe it or not!

If you go to one, you'll see tents selling venison (deer meat), cheese, pastries, and dumplings. The Hacker-Festhalle, one of the most prominent tents, has enough for about 9,000 people. It serves cheese, sausages, and meat from a family-run butcher shop. In addition, it boasts a beer tent renowned for its potato salad and suckling pig, a cafe tent with its own bakery, and a food court. They obtained extra room and the opportunity to create original menus. They later started serving roast meats, pretzels, and dumplings as a result. In various regions of the world, Oktoberfest is celebrated in a similar manner.

Quiz: Oktoberfest: The Wurst Party Ever!

Munich's Oktoberfest is back again after the pandemic pause