Mutton Curries To Have With Rice For Dinner

Want to have something liscious for dinner? Try these mutton curries that taste heavenly with rice. Curry is a dish that has a gravy seasoned with spices. The south Indian recipes usually put curry leaves in their tadka to enhance the flavour. In traditional dishes, the choice of spices for each dish depends upon their traditional, regional culture and religious practice.  Many dishes have names that refer to their ingredients, spicing and cooking methods. Curry is mostly eaten with rice though some people also prefer roti over rice. Non-vegetarian curries may contain fish, meat, and poultry with or without vegetables. Curry is an anglicized variant of the Tamil kari, which means 'sauce' or 'rice relish,' and refers to the curry tree's leaves. Other Dravidian languages, such as Malayalam, Kannada, and Kodava, use the word kari to indicate "vegetables (or meat) of any kind" (raw or boiled). Archaeological evidence from Mohenjodaro that dates back to 2600 BCE shows the use of a mortar and pestle to pound spices such as mustard, fennel, cumin, and tamarind pods to flavour food. Black pepper is a spice that originated in the Indian subcontinent and Southeast Asia and has been used in Indian cooking from at least 2000 BCE. The Mughal Empire, which rose to power in the early 15th century, had an impact on several curries, particularly in the north. Mutton curry is a dish that you can prepare with goat or lamb meat with a combination of vegetables.

This moderately spiced, creamy and fragrant curry is prepared in desi ghee. Boneless lamb cubes are cooked in a rich, flavourful gravy making it a delicious dinner party option. This is a simple dish that only requires a few items that you probably already have in your kitchen. 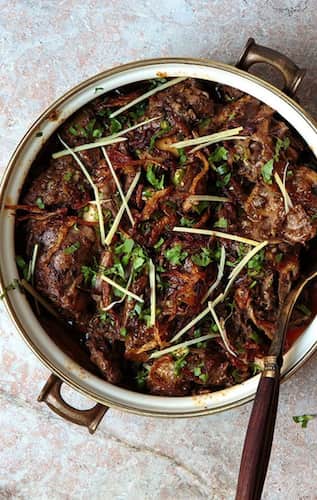 This Kashmiri signature dish is prepared in brown onions, traditional spices and yoghurt. This dish was introduced by Mughals in Kashmir, and the addition of Kashmiri red chillies gives the curry a beautiful red colour. 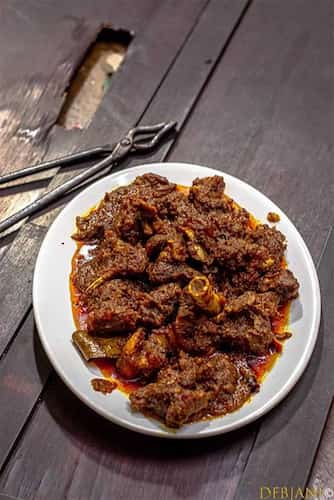 Nalli Nihari is a Mughlai delicacy that tastes amazing with rice. Nihari is perfect when the meat has cooked to the point where it has blended with the gravy and has a similar texture. A number of spices, including kewda water, screw pine, cardamom, mace, and others, are used in the slow-cooked dish (which is customarily cooked overnight), and it's usually served with ginger julienne, green chillies, and coriander leaves. 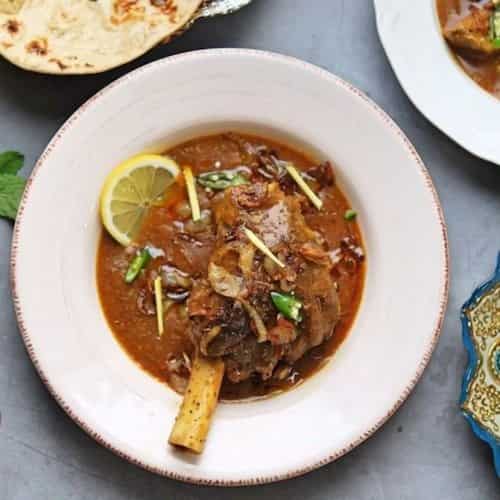 Korma is a traditional Mughlai dish recognised for its delicate flavour created by slow simmering mutton in its own fat, yoghurt or cream, and a few spices. The word korma comes from the Urdu word korma, which means 'to braise.' There are many variations to the recipe, but almonds, cashews, mace, nutmeg, cloves, cardamoms, kewra water, and grated coconut are among the most popular ingredients. 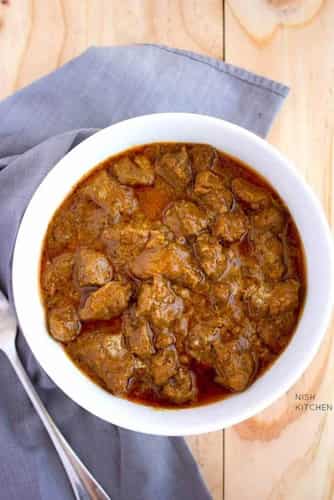 Yakhni, unlike most other mutton curries, lacks the rich red colour of red chilli powder and the silky yellow colour of turmeric. It has the appearance of a creamy broth, however, it is made without chiles or turmeric. To add flavour, aromatic spices like cloves, cardamoms, and bay leaves are utilised. Although it is now a staple Kashmiri dish, it is supposed to have originated in Persia. 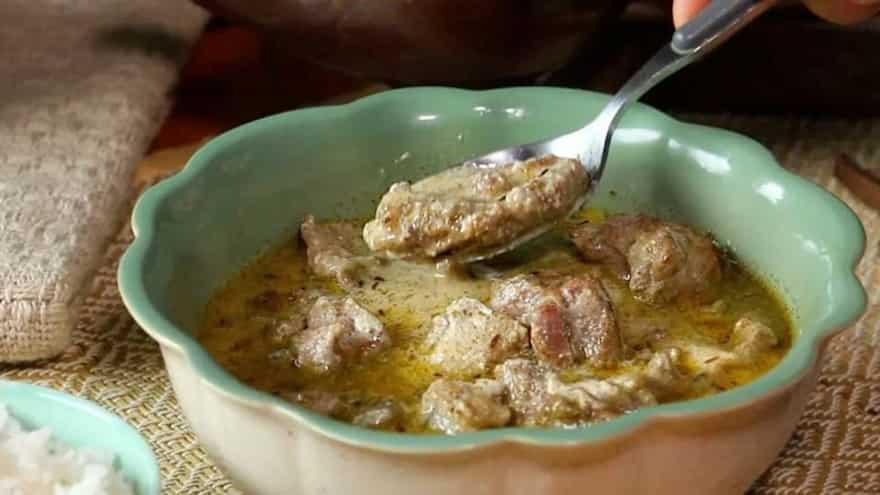 This Konkani Mutton Curry Is Pure Black In Colour, But Why?

Eid 2022: Here Are 4 Mutton Curries To Spruce Up Your Dinner