Mughlai Touch To Dinner; Know How To Make Chicken Changezi And Chicken Korma

Feel royal by having Chicken Changezi and Chicken Korma for dinner.

Chicken curry is a popular dish on the Indian subcontinent. It's popular in India, Southeast Asia, the United Kingdom, and the Caribbean. Chicken stewed in an onion and tomato-based sauce with ginger, garlic, tomato puree, chilli peppers, and a variety of spices, including turmeric, cumin, coriander, cinnamon, and cardamom, is a typical Indian subcontinent curry. Chicken Changezi is a popular Mughlai dish that is made with roasted chicken in a tomato-based gravy. "The history of Chicken Changezi is confusing, and nobody knows why this dish is named such," says MasterChef India 2016 contestant Chef Sadaf Hussain. This dish is believed to be named after the formidable 13th-century Mongolian warrior Genghis Khan, or Changez Khan as Indians prefer to call him. He was very cautious about the amount of spices he used in his cuisine. One of his chefs experimented with the chicken dish to fit his preferences, and the king was impressed. This dish was made using milk and cream, which helped to balance out the spicy flavour. Korma (or qorma) is a South Asian dish that consists of meat or vegetables cooked in a thick sauce or gravy with yoghurt (dahi), water or stock, and spices. Korma has its origins in the Indian subcontinent of Mughlai cuisine. It is a traditional Mughal dish that dates back to the 16th century and the Mughal invasions of the region. A korma's flavour comes from a combination of spices, such as ground coriander and cumin, coupled with yoghurt held at a temperature below curdling and blended slowly and delicately with the meat juices.

Here's how you can make Chicken Changezi and Chicken Korma- 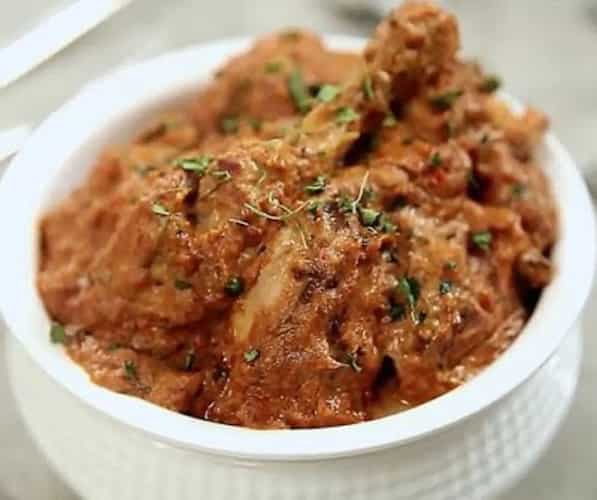 A dish with crooked history/ pinterest.com 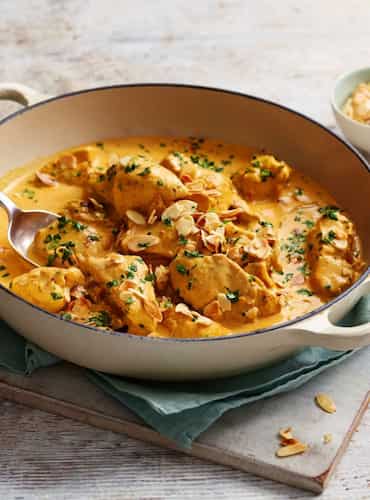 The classic chicken korma is a lip-smacking dish/ pinterest.com

Chicken Changezi: Is The Origin Of The Chicken Dish Linked To Mongolian Ruler Genghis Khan?

Malabar Chicken: A Curry From The God’s Own Country