Move Over Mozzarella And Feta, Try These Indian Variety of Cheese

Gouda, parmesan, feta, brie cheddar and more has been ruling the market, but it’s time that the local varieties get a place on the plate. When you think of indigenous variety of cheese, there is no dearth of such in India. It’s time that we move over paneer and explore our reginal cheese that is yet to get it’s due recognition. Gouda, parmesan, feta, brie cheddar and more has been ruling the market, but it’s time that the local varieties get a place on the plate. From Kalari and Qudam, Bandel to Chhurpi the list is endless. These lesser-known counterpart of paneer is equally versatile and delicious. And interestingly a lot of Indian cheesemongers are trying ti revive them for the mainstream market.

Here's the list of few Indian variety of cheese 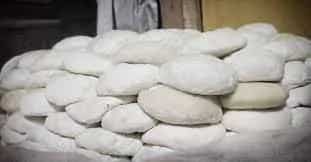 The Kalari Factory- Facebook
This traditional Kashmiri cheese is made of cow or goat milk and sees an much stretchy and dense texture is also called the milk chapatti or maish krej in Kashmiri. Chef Thomas Zacharias during his tour across India, put up a   an Instagram post where he wrote “ For those not in the know, this particular one is Kalari or Maish Krej, originally a cheese from Jammu with a dense yet stretchy texture and a mild Mozzarella-like flavor. Traditionally made with raw full fat milk which is churned in an iron pot and then curdled with sour milk, modern techniques like this one (swipe to watch video) used by Himalayan Products in Langanbal have made the process simpler and more efficient. Once the curds are formed, they are flattened by hand into what are basically “milk rotis” before being allowed to cool and dry. Kalari is typically prepared by heating the cheese directly on a tawa and allowing it to cook in it’s own fat. Reshma, the Gujjar shepherd who invited us into her home for a meal, was kind enough to cook us some Kalari cheese pan seared in mustard oil so it’s crispy on the outside and chewy soft on the inside” 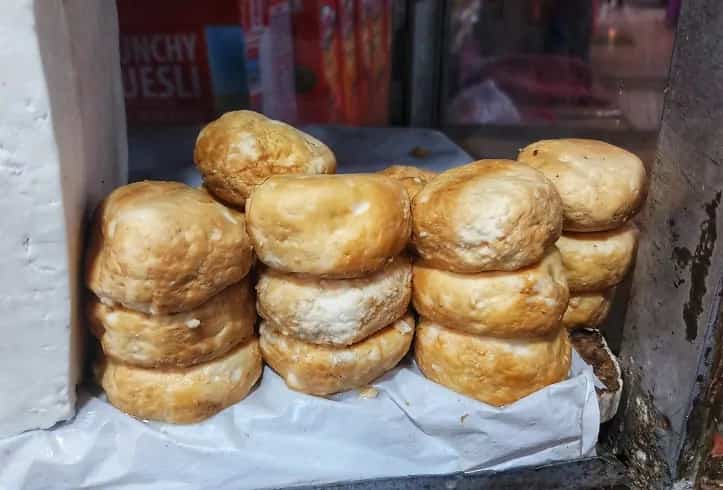 Named after a place that is 54 kms from Kolkata, Bandel, this cheese uses cow milk and sees a taste and texture that is salty, smoky, crumbly and sees a strong inherent terroir. Tracking the path of this cheese, this was made by the Portuguese in a place called Bandel. Round dumpling size, writer Chitrita Banerji in her book The Hour of the Goddess, says “The Portuguese not only contributed the comparatively obscure ‘bandel cheese’ to the gourmet Bengali’s platter, their distinctive way of processing milk also initiated a whole new flowering of the Bengali culinary imagination.”

An acidic agent is used to to curdle fresh cow’s milk and then the curdled milk is strained, kneaded and molded to give the round  ball shape. The cheesemakers of this variety are soon loosing their importance.

This cheese that is made by the Gujjar-Bakarwal community, also called kudhan, it made from fresh goat’s milk. Rubbery and crumbly in texture didn’t travel outside the Gujjar community.  Pungent in nature, this cheese is left to dry using salt and is not stretchy but absolutely dry. Ayandrali Dutta
This cheese that is mostly found in the mountain region of India is made from Yak milk. There are two variety of churpi, the soft and the hard. The hard is generally chewed bit by bit for a long time while the soft one is also stuffed inside momo’s at times. This protein rich cheese is from the Himalayan village is also consumed like a snack. Fondly called the Nepali cheese, this one sees a smoky fragrance

Parsi topli nu paneer or Surti paneer is a Parsi staple. Traditionally made by dripping coagulated milk, this one is soaked in salty whey and served in small, leafy baskets. It’s said that cheese making was introduced to the Parsi community by the Dutch. Not found in the market, this cheese is delicate salty and can be eaten straight from the bowl.

Say Cheese With These Homegrown Happiness

In An Era Of Plant-Based Food, How About Some Vegan Cheese?