A popular face on American television, Mindy Kaling has managed to successfully carve a niche for herself in the industry. While she is a woman of many talents, one thing that we surely know about her is that she is a hard-core foodie. The actor-writer-director might have been born and brought up in the US, but she still yearns for good Indian food and her recent indulgence is proof.

Also Read: Indian Food Combinations That Are Perfect For Weight-Loss

Mindy was recently spotted at an Indian restaurant in the US. However, it was not just any ordinary restaurant. This place that the actor visited is owned by Priyanka Chopra. A well-known Bollywood actor who made her mark in Hollywood too, Priyanka launched her dream restaurant, called Sona, in New York City. Foraying into the hospitality sector, the actor’s vision was to serve elevated Indian cuisine to the world. 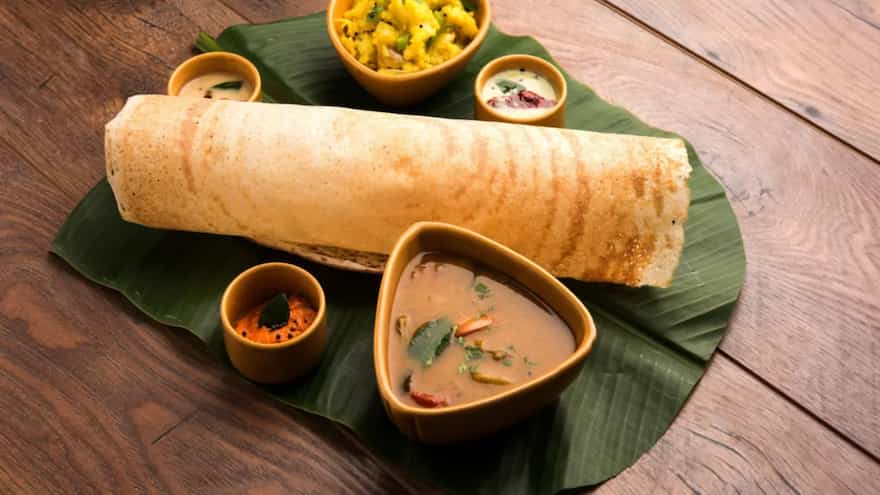 Mindy’s recent Instagram stories are proof of the lovely experience she had at Sona. Her spread included a plethora of Indian dishes, ranging from South Indian cuisine to Mughlai. She posted a picture with her friend and wrote about how much she enjoyed the “dreamy dosas, kofta korma, chaat and much more”. A mélange of dishes donned Mindy’s plate last night and we’re quite tempted.

She even wrote about the great taste of all the dishes and thanked Priyanka for the lovely hospitality. Moreover, with the actor’s new homeware line being launched, Mindy was quick to suggest that she wants her “home goods” too now. This isn’t the first time that Priyanka has hosted celebrities at her restaurant. In the past, Anupam Kher and Vishal Bharadwaj have also enjoyed the service of the eatery.

Being a die-hard foodie with a soft corner for Indian food, Mindy has shared her Indian indulgences on several occasions, be it her masala dosa or chicken curry. Time and again, she can be spotted eating South Indian food and that’s how we know that she’s well-connected to her roots even when she’s away from home.