No matter where you go in this big wide world you only have one guarantee. That somewhere, not too far away, there’s a dumpling. Every culture has its take on dumplings but the concept itself remains the same. Some form of dough with a filling that is subsequently steamed or fried. The sound logic behind this phenomenon is that historically, meat was hard to come by and by mixing it with vegetables and other bulking ingredients and then encasing it in cheap but filling dough, meat could be stretched much further.

Polish Pierogies are the perfect example of this and are so beloved in their home country that they were named the national dish. There have been indicators of their existence since the 13th century but the first official mention was in a 17th-century cookbook which suggested a pierogi filled with chopped kidneys, veal fat, greens and nutmeg. As with all dumplings, they can be filled with almost anything but traditionally they contain mashed potatoes, cheese, sauerkraut, cabbage, mushrooms, spinach, ground beef, and sometimes even grains.

The origin of the dish is contested, with Poland, Romania, Russia, Lithuania, Ukraine and Slovakia all claiming ownership of the dish. Some also believe that it’s the product of Marco Polo’s expedition to China and the influences he carried back. One of the most famous legends around their origin includes Saint Hyacinth, the patron saint of Pierogies patron saint. It’s said he got his name after he advised the citizens of a small village to pray for deliverance during a hailstorm, and the next day their lands and crops were thriving and the grateful villagers made him pierogies as thanks. and The next day the crops flourished, and the villagers served him pierogi made from the crops as a symbol of their gratitude.

It’s also a popular Christmas dish, and on that occasion, they’re stuffed with Sauerkraut, cabbage, and mushroom by the Catholic church’s rule of abstinence the day before Christmas. The Pierogi has a long history and is thriving again now among Polish communities the world over. 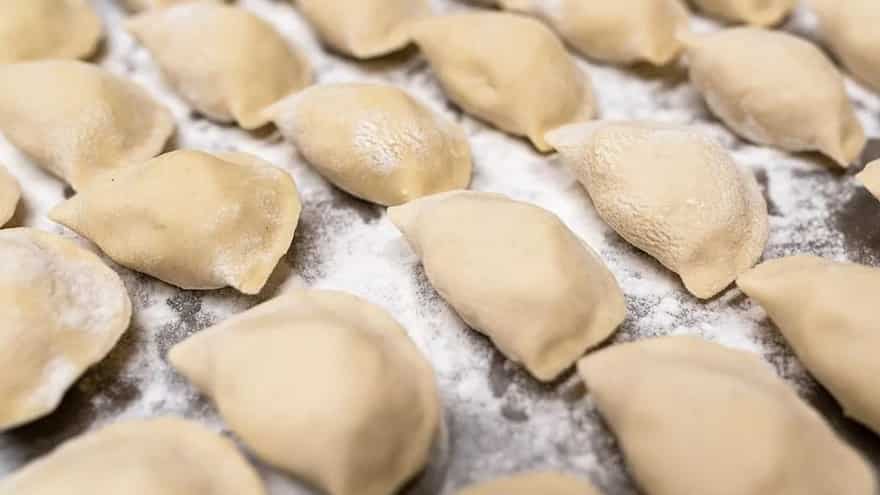 For The Cheesy Potato Filling

7 Types Of Momos That Are Worth Trying

How To Make Perfect Dumplings In The Microwave