This delicacy is an all-time favorite from Mumbai, which is relished with great devotion Picking from the abundance of street foods oozing along the lanes of India, one, in particular, has ceased to amaze our taste buds for its twisty invention - Masala Pav. This delicacy is an all-time favourite street food from Mumbai, which is relished with great devotion. The reason it is famously called Mumbai Style Masala Pav.

While the name seems a little confusing, a masala pav is simply a mash-up between the pav bhaji and dabeli. But speaking the truth, a masala pav is a humble combination involving marinating the soft fluffy pieces of pav into the spicy tangy vegetable-based masala - and all of it fried over a generous amount of butter. It is easier to prepare and quicker to clear out of the plates.

Though there isn’t any recorded proof as to how masala pav came into existence it sure has given Indians a riot of flavours. One theory definitely could be as mentioned above – a mash-up. From the leftover bhaji, someone somewhere thought of just rambling the pav through the spare bhaji. Vola! We got ourselves masala pav. However, what makes a masala pav unique from the regular pav bhaji – considering most of the ingredients are similar – is the fact that traditionally potatoes aren’t used for this street food. The masala is purely made out of vegetables. 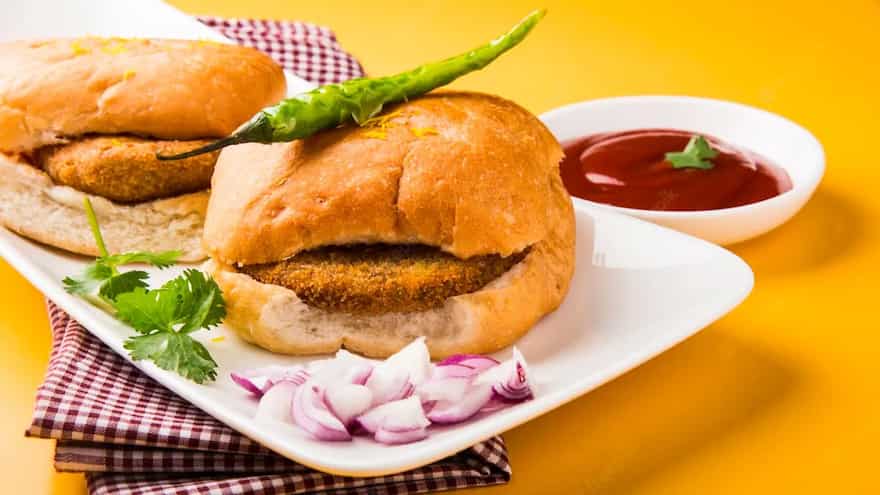 A simple masala pav holds great power, for it can be done with some leftover vegetables as well. It is one of the quickest and simplest snacks to gorge on. Remember the secret to Mumbai Style Masala Pav is oodles of butter and a free hand in spices.

Pav For Lunch: 5 Epic Combinations That Will Make You Hungry