Maria Gorettiz Makes Biryani For The First Time; Have You Tried These Underrated Biriyani’s

Maria Gorettiz for the fiest time made some Biryani at home along with some Kerala vegetable stew and Hyderabadi Marag. 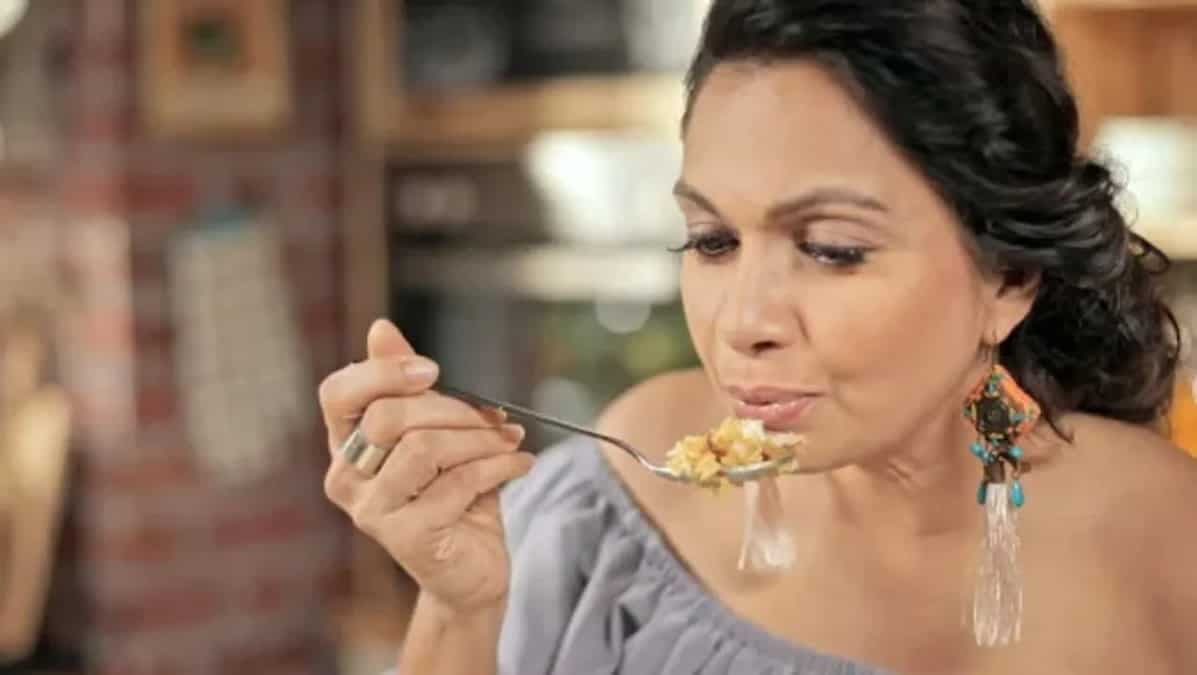 Who doesn’t love a well-done biryani? And keeping up with the biryani love Maria Gorettiz decided to make some at home for the first tome along with some Kerala vegetable stew and Hyderabadi Marag , a dish that she learned from Aunty Sakina from Hyderabad.

And as Zene’s friends were coming over, to continue with her birthday celebrations , I thought, Let me try making Biryani on my own ..

My main Sous chef Vijäy has left for his annual holiday

So frankly I was really nervous

I started at 9.30 , after procuring the poulet for the Biryani and le bouc for the Marag .. Then got the onions puréed

Put the tomatoes into boiling water

And got all my spices ready, At the very very end .., Just before starting, I realised that I do not have Biryani Masala ...

Damn damn damn, So I decided that I’m going to make my Biryani flavoured with East -Indian bottle masala 😊

I added the dahi, red Kashmiri chili powder, Corriander powder, garam masala, cumin powder , cinnamon powder and a little nutmeg that I love , And toiled at it happily..

I also cooked Marag , this recipe by a very loving person Aunty Sakina from Hyderabad , I really love this dish

Made a Kerala vegetable stew too

And I’m happy because it turned out good ..

.Just yesterday I was telling my Chef friends @eighthbychefanurita and @priyabhoopal that I have lost my baking and cooking gene completely

And Anu wisely said ,”It never leaves you”

I’m actually relieved ..Yup my Biryani is a little different

Along with traditional Birista

Its very tasty and that’s the bottom line ..

Actually the bottom-line is ...

Here are few biriyanis that are everything but usual

The Cutchi/ Kutchi Memons are an ethnic group from Kutch in Gujarat who speak the Kutchi language. This dish comes from the Muslim dominated, Gujarat-Sindh region of the country. Their biryani sees an unique combination of lamb, yoghurt, fried onions, potatoes, tomatoes along with some dried plums. The soft meat makes this dish much delectable.

This poor man’s biryani that originated in Hyderabad, was introduced in 18th century by the Kalyani nawabs of Bidar who came to Hyderabad. This biryani typically small cubes of beef, spices, onions, tomatoes and coriander. The meat is well marinated with ginger, garlic, turmeric, red chillies, cumin, and more and then cooked together with rice. As beef is the prominent biryani this one is also called Beef biryani.

This one made with Khyma or Jeerakasala rice and Malabar spice mix is light yet much flavourful. Apart from meat, fried onions this biryani also sees cashews and raisins and has a slight sweet after taste. Coming from the Malabar region of Kerala, this one is much flavourful one.

Enjoy Delicious Biryani At These Places In East Delhi