Let's Doff Our Hats To The Chefs This Week

This International Chefs Day (October 20), let us acknowledge and applaud the ‘largely invisible’ women and men who slave tirelessly to feed us “Cooking is the ultimate giving,” says acclaimed British chef James Oliver and nothing could be truer. Whether at home or in a commercial space, a chef invests a lot of himself (time, energy and, of course, culinary talent) in the process of cooking just so that our palates are happy and thankful. But how many diners take the trouble of seeking out the chef and thanking him for a great meal? Remember the Mainland China ad where actor Joy Sengupta seeks out the Chinese chef and kisses his fingers in thankfulness?

Now that’s a gesture which is a bit far-fetched, perhaps, but you get the drift. We enjoy a great meal, and maybe pay a generous tip. But the next time you experience an Epicurean meal, wouldn’t it be a better idea to enquire after the chef and offer him a few words of acclaim and encouragement in person? That would be a more valid acknowledgement of his or her craft.

Chefs (both commercial and home) are, of course, a few steps ahead in the process of investment in one’s own craft than cooks. In restaurants (star hotels, standalones, and cloud kitchens) a chef will have to not only cook great food but do a spot of materials sourcing, food costing, menu planning, food plating and, in today’s world, also do social media marketing of his or her own restaurant too. 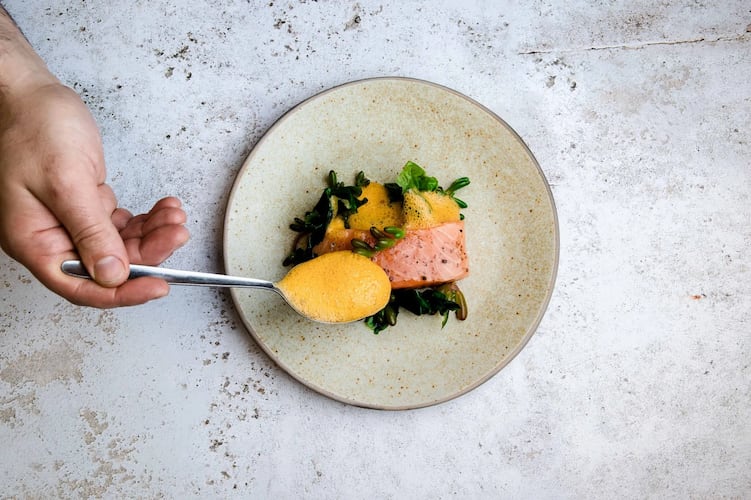 But most times, social media goes haywire with one bad review (which, unfortunately most times is to do with a freebie meal refused by so-called influencers) and the chef’s efforts go down the dishwasher.

But most chefs agree that working conditions have improved a lot in the last few years and along with visibility on social media platforms, their name and fame too. The Masterchef India franchise initiated in 2010, a little more than a decade ago, helped to impart a sheen on the profession of a chef and a junior masterchef series also helped spawn many younger masterchefs barely in their teens.

Vignesh Ramachandran, who made it to the Conde Nast’s list of 40 chefs in India under 40 to watch out for, agrees that the recognition accorded to professional chefs is on the rise. There are also newer ways of exploring one’s culinary creativity, like he does as a consultant chef partner at Green Park Hotels, Hyderabad. This way, he gets to host a pop-up of Chola dynasty food, like he is doing this weekend in Bengaluru, while still employed in a formal, corporate setup.

Ironically, while cooking is often perceived as a women’s job at home, in the outside space it is a fact that more men than women are wielding their knives and spatulas. Celebrity chefs like Anahita Dhondy (known for bringing family heirloom Parsi recipes to restaurants), Pankaj Bhadouria (the first Masterchef India season’s winner, who was a schoolteacher and is now a chef and popular TV show host), are few and far between. For example, at the Culinary Academy of India, Hyderabad, where all graduates go on to become chefs, out of 80 students in a typical batch, only 16 were girls. Chef Vignesh has won many accolades

Similarly, at the International Institute of Hotel Management (IIHM) Hyderabad, in a typical batch, 70 would be boys and only 22 girls. Incidentally, the institute is going to be celebrating International Chefs Day on October 20 by creating dishes that are plant-based and work around millets, in keeping with the United Nations’ Sustainable Development Goals, aimed at sustainability. Long hours, no festivals and weekends, and the rough and tough working conditions in commercial kitchens keep both women and their families away from being chefs.

Despite the fewer number of women chefs, it is heartening to note that it is a woman chef Madhu Krishnan who is executive chef, culinary research and development for ITC Hotels, known for its exemplary culinary excellence.

There are also chefs like Thimma Reddy, executive chef at The Park Hyderabad, who has eight women chefs in a total strength of 40. He hired three women chefs in his kitchen this year, one as a pastry chef and the other two as kitchen executives, and is impressed by their level of responsibility, saying that they never ever shirk work.

In an amusing aside, chef Thimma’s seven-year-old daughter is fascinated by the chef’s hat and wants to get the daily itinerary of what her father cooked in the hotel kitchen, what was new on the buffet. Chip off the old block, like they say. 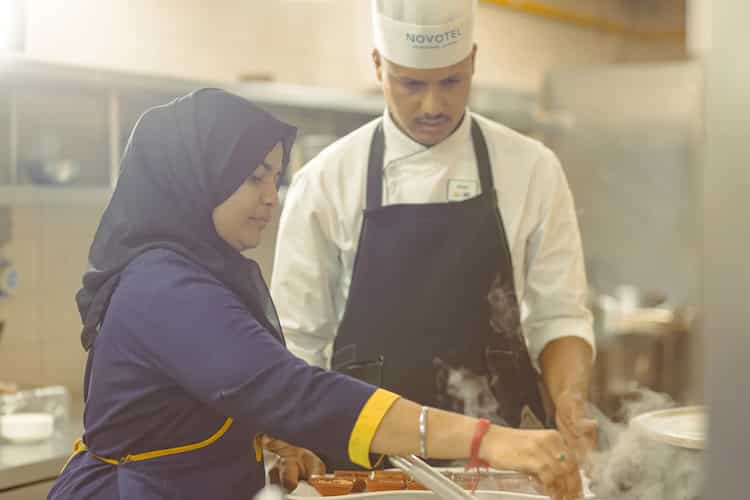 I remember attending a unique food pop up curated by an all-woman chef team very recently by the NGO Safa Hyderabad who operate an all-womens kitchen called Luqma in Hyderabad. Hosted at the Novotel Shamshabad, the Hyderabadi food pop up recreated the lost recipes from earlier times and Nizami kitchens. It must have taken a lot of courage (and confidence building) for the Muslim ladies coming from underprivileged backgrounds to work in a modern and huge commercial kitchen of an international hotel chain. But like executive chef Varun Movva of Novotel Shamshabad averred, it was a win-win situation for everyone as the hotel got to gain a lot of rare to find culinary wisdom.

To conclude, whether male or female, the chef’s profession is one of the noblest professions. Also, while I might have my list of favourites, the dishy Vikas Khanna or the bubbly Kunal Kapur or the sardonic Ranveer Brar or the original first popular chef Sanjeev Kapur, or chefs Pankaj Bhadouria or the glamorous Shipra Khanna or even the pretty and cheerful Amrita Raichand, there are many more men and women dirtying their white aprons in a bid to reach out to our palates. Time to do a salut to them!

Let's Fall For Falafel And Create Our Own Platter

Wrap Up Your Mid-Week Worries With 5 Refreshing Lettuce Recipes