Khichdi is derived from the Sanskrit word ‘Khiccha’ and there are many, many varieties of this one pot dish in the country. It really pains us how our dear khichdi has obtained somewhat of an inferior status compared to other rice dishes. This is quite unfair, as most of the naysayers have not even tried the wide variety of Khichdis prepared in different parts of the country. Sure, the runny, watery khichdi is our best companion on days we are sick, but what explains the frenzy for Khichdi Bhog in the biggest Bengali festival, Durga Puja? Or people’s love for the meaty and delicious Bohri Khichdi? Turns out, Khichdi also, often featured in royal feasts many, many years ago.

The Mughal Inclination Towards Vegetarian Food

Khichdi is derived from the Sanskrit word ‘Khiccha’ i.e a dish made with pulses and rice has been an intrinsic part of Indian households since time immemorial. The Mughals are often remembered for their love for decadent food, which they brought from their homeland Persia. Kebabs, Korma, Biryani, Nihari are some foods that only rose to prominence in India after the arrival of Mughals. But in their rule that lasted close to 200 years, many Mughal rulers also adapted to several Indian culinary habits, chief among which was leaning towards vegetarian food (like khichdi), fasting and drinking Ganga water.

Not Birbal, This Khichdi Rose To Fame Because Of Jehangir

Emperor Akbar was almost a vegetarian throughout the latter half of his life and also abstained from liquor. Abul Fazl in Akbarnama wrote about the emperor’s dietary habits and how he often liked to eat simple, clean food due to the 'burden of responsibility' on his shoulders. He abstained from meat on all Fridays and subsequently during all-important months like his birth month, ‘Aban’ or November.

He once famously treated his son Jehangir to a spicy khichdi, which his son loved so much that it became a standard fixture of his diet in years to come.

Even though Jehangir was not a rigid vegetarian like his father, He enjoyed meat, especially those he chased down, but  “he kept up his father’s schedule of abstention, adding Thursdays to them, that being the day of Akbar’s birth, and banning the slaughter of animals on Thursdays and Sundays,” noted Food Historian K.T. Achaya in his book ‘Indian Food: A Historical Companion'. Further in the book, he also documented how the emperor observed many fasts in the year. Notable one among them all was his fast on the death anniversary of his father, Akbar. 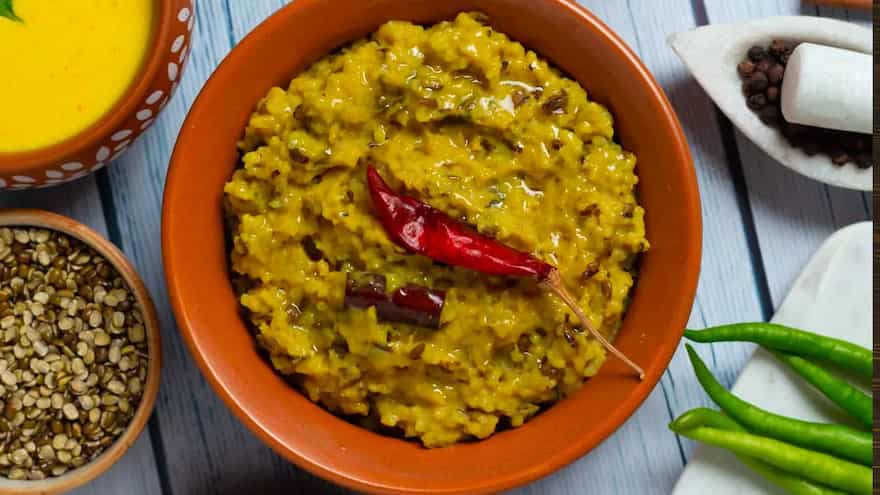 Jehangir’s fascination for Lazizan is something you would hear from a lot of Gujaratis. The rich khichdi suffused with nuts and ghee is a delicacy in itself, and Mughal emperor Jehangir seemed to have a particular penchant for the same for its calming effect. Achaya wrote in his book, “A Gujarati khichri called Lazizan, made of rice cooked with pulses, ghee, spices and nuts was one of his favourite foods on his days of abstinence from flesh”, apart from that, the emperor Jehangir was also very fond of Falooda.

Interestingly, Aurangzeb’s favourite biryani, Qubooli, was also devoid of meat and instead made with a combination of basmati rice, lentil, fried onions and yoghurt.

The charm of the combination of lentil and rice rubbed off on the British, too, and they came up with an Anglo-Indian variant of Khichdi, called Kedgeree. A mushy one-pot dish made with rice, pulses, garlic, potato and meat.

So, the next time you shrink your nose at the mere mention of Khichdi, think about all the famous people it soothed with its comforting flavours.

3 Quick And Wholesome Khichdi To Relish This Navratri