Know These 3 Curries From Mangalore Cuisine Food has the capacity to transport you through time and space, as well as to bring back memories. Many people, from celebrities to officials, return to Mangalore simply to reminisce about their past by visiting old eating joints and savoring Mangalorean cuisine. Mangalore cuisine is distinct since the city is home to a diverse range of ethnic groups. This is the only city outside of Udupi where you may eat traditional Konkani, Gawda Saraswat Brahmin, and Tuluva cuisine. Many visitors to Mangalore fall in love with the food and yearn for long after they leave.

Seer fish, sometimes known as kingfish, is a favorite dish in Mangalore. Because Mangalore is a seaside city, these fish can be found in the marketplaces by the thousands every day. In Tulu, the fried version of this pricey seafood delicacy is known as anjal fry, and it is a famous Mangalorean dish served with boiling rice, fish gravy, and a vegetable side dish. While the fish's quality and freshness are vital, the taste is largely determined by the masalas used to marinade the fish. Red chilies, ginger, garlic, tamarind, and coriander seeds are the major ingredients in the spicy masala that coats the fish. It can be found in most seafood restaurants, though the taste and quality may vary. A thick slice of anjal fry can put you in a good mood and make you want more any day. 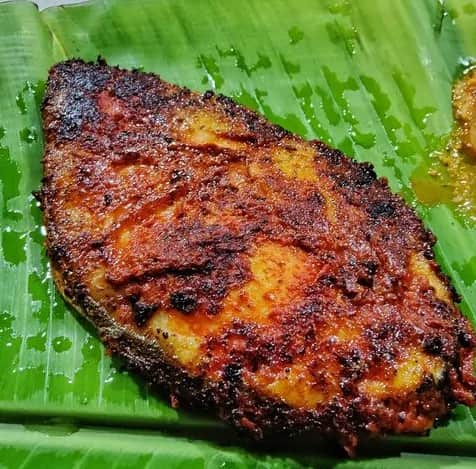 Bangude refers to mackerel, puli to tamarind, and munchi means chili in Tulu. This is a one-of-a-kind meal among Mangalorean dishes because bangude pulimunchi is both tangy and spicy, as its name suggests. Given that Mangalore is a seaside city, mackerel is abundant, and it is utilized in a variety of Mangalore cuisines. This thick-consistency curry is traditionally made with roasted spices, onions, garlic, and tamarind and cooked in clay vessels to enhance the earthy flavors. Bangude pulimunchi is usually eaten with steamed or boiling rice, but it also goes well with neer dosa. This hot fish curry can be found at most seafood restaurants in Mangalore and is recommended for individuals who can handle a lot of heat. 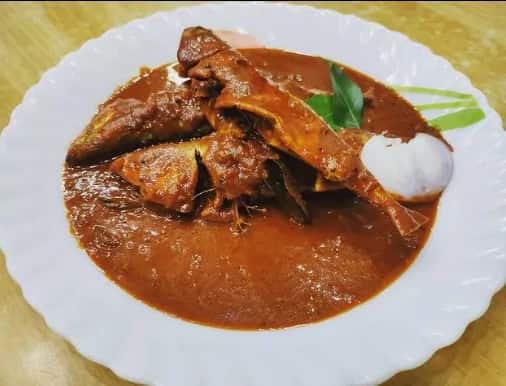 This is one of the few Mangalore recipes that is popular among both the Konkani and Tulu communities. In Konkani and Tulu, cockles are referred to as kube and maruvaai, respectively, whereas rice dumplings are referred to as mutlim and pundi. This rich dish is packed with rice dumplings and cockles, and it's delicious, creamy, and spicy. Grated coconut, coconut milk, long red chilies, garlic, pepper, coriander seeds, tamarind, and other spices are commonly used in the gravy. This meal is worth trying merely for the interesting combination of mutlim, kube, and gravy. It can be served during lunch, dinner, or both. Even in seafood restaurants, this Mangalore delicacy is tough to obtain. The greatest way to sample Mangalorean cuisine is to have a Mangalorean friend, relative, or host prepare it for you. The mulim/pundi are vegan and delicious on their own; they can also be eaten plain.

Stumbler Eggs From Mangalore For You To Try

The Mangalore’s Street Food Fare Is A Foodie's Dream