Know The Science Behind Smokey And Charred Barbeque Flavour

Did you know cooking over barbeque involves a lot of science? The thought of barbeque's smokey flavours and aroma is enough to get our tongues drooling. Grilling and cooking on barbeque seem simple but there is a lot of chemistry involved in it. Before talking about barbeque let us know what exactly barbeque is. In barbeque cooking, the food is grilled over an open fire. On a barbeque the grill gates cook the food via direct contact and this process is called conduction. The food gets cooked by absorbing radiation from the flame. Radiating heat helps in cooking every part of the food, even the parts that aren't touched by the grill. The radiations create a complex mixture of aromas and flavours. While cooking barbeque you can put the food directly with heat or indirectly. The direct cooking method cooks the food at a high temperature of 500-700 degrees Fahrenheit. The indirect cooking method places the food at a temperature of 200-300 F. When the surface is dry the heat causes the proteins and the sugar on the outside of the meat to undergo Maillar reaction.

This reaction adds depth to the flavours and makes the food more savoury. The reaction is influenced by temperature, ingredients, acidity etc. With vegetables, the barbeque allows the water to evaporate. This promotes the caramelization reaction in vegetables. This makes the food tasty, nutty, char and crisp. Another highlight is its char texture. When food is exposed to heat, non-carbon materials break down that leaving a crispy black texture. This process is called burning or charring. Cooking over barbeque helps you add enough amount of char to the food.

Barbeque food is famous for its smokey flavour. Cooking over barbeque involves a lot of smoke. When the smoke swirls around the barbeque, the food absorbs its flavour. The gases of the smoke are mainly responsible for its quintessential flavour. The food absorbs smoke easily because it usually contains gases and fats. While the idea of some barbeque is appealing, the science behind it is quite complex. 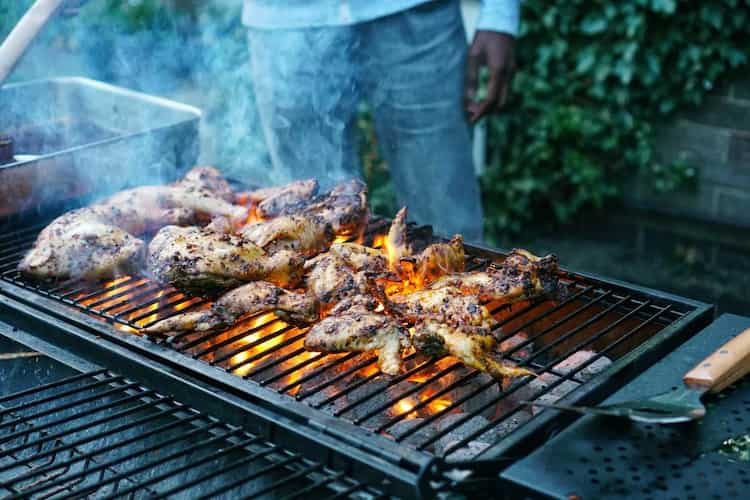 It's important to season your grill before using it to cook. Only the grates of your grill need to be prepared; seasoning has nothing to do with the flavour of the food. If your grill isn't brand-new, warm it up and give it a thorough brushing to get rid of any dust. Spray the grates evenly with a high-heat cooking spray, such as canola oil, while they are still cold, before using your grill for the first time. Once the oil starts to smoke or burn off, switch the grill to medium heat for about 15 minutes.

Prep the food before grilling

It's time to prepare your cuisine after your grill is ready to use. Instead of doing it while you cook, it's beneficial to have all of your meats and vegetables prepared before you go to the grill.

Maintenance of the grill

Keep in mind to regularly inspect your grease trap and give your grill a good scrubbing if debris begins to accumulate. Check your propane tank for leaks throughout the grilling season, and get a good grill cover to keep your barbecue safe when not in use.