Kiara Advani Is ‘Slurrping’ Over This Delectable Italian Treat

Although the actor maintains a healthy diet, there are times when she gives in It’s interesting to note how people’s food choices change over time. Much before Kiara Advani entered Bollywood, she was a non-vegetarian. Little did we know that after embarking on her career as an actor, she would switch to vegetarianism, as revealed in an interview with the Times of India. However, that hasn’t stopped her from indulging in some of her favourite foods. These include cakes, chocolates, pancakes, and even pizza.

Also Read: Federer's Favourite: A Champion Of A Pizza

Recently, Kiara took to her Instagram stories to share a glimpse of her drool-worthy Italian treat and definitely made us slurp too. She posted a picture of a thin-crust pizza, topped with yellow and green bell peppers, mushrooms and loads of cheese. We also spotted a shiny and glittery sipper kept in front of it with her initial K written on it and an evil eye sign.

She added the sticker, “Slurrppp” to it too and we know she enjoyed having this delectable Italian dish. However, this isn’t the first occasion of Kiara’s indulgences. In the past too, we’ve seen the Jugjugg Jeeyo actor grabbing the bite of the famous Mumbai street food, vada pav in a metro. While eating in the metro is an offence, Kiara, along with her co-actor Varun Dhawan was seen digging into it and calling it ‘VIP treatment’. 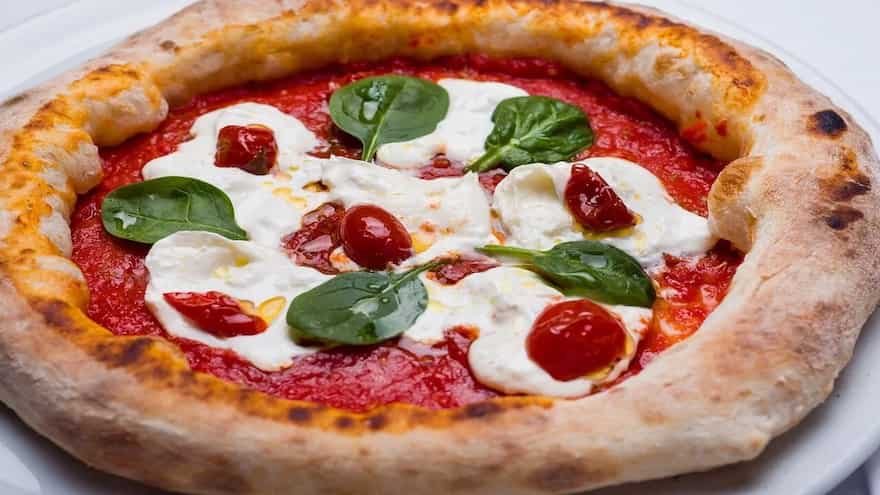 Another time while shooting, we saw the entire cast and crew of the film enjoying a desi lunch that consisted of dal makhani, palak paneer, tandoori roti, and more. This reminds us of her cute breakfast date that she had with a ‘pawsome passenger’ onboard. There were a bunch of South Indian condiments that one could spot on the table. However, she also maintains herself by following a healthy diet routine. While you might see her indulging in burgers and fries in between shoots, they are actually super healthy, made by her nutritionist, Akshay Arora.