Kalimpong Lollipop: The Bitter-Sweet Story Of This Iconic Food Souvenir

Once produced by a Swiss dairy, this lollipop is now a signature sweet of the hill station If so far, you have only known about the flavours of Darjeeling tea, we suggest you dig a little deeper into the hilly terrains of West Bengal. Located on a ridge between Deolo Hill and Durpin Hill, the small town of Kalimpong is home to some arcane yet incredible culinary gems - cheese, glass noodles, and the mouthwateringly delectable lollipops. Popularly known as the ‘Kalimpong Lollipop’, it wouldn’t be wrong to say that these sweet, milky, and buttery treats define the food culture of this hill station.

Regarded as a food souvenir from this part of the country, the significance of the lollipop is so much that for decades local dairies and cafés have fiercely preserved its traditional value. Swiss catholic priests are often credited with introducing this well-admired dairy product to the people of Kalimpong several decades ago, which has earned a reputation globally.

The iconic pure-milk lollipop was first made at Swiss Welfare Dairy in Kalimpong some time in the 1950s. Located near St Augustine’s School, the dairy was established by Father Andre Butty, a Swiss Jesuit. Vignettes of the backstory will tell how the lollipop became the signature sweet of this hill station nestled in the eastern Himalayas. Known for its superior quality and taste, the condensed milk produced at the Swiss dairy used to be distributed to different outlets across India, at one point in time. The thick-textured leftover of this condensed milk was later rolled into the shape of a lollipop and sold in the local markets. The demand for condensed milk later slowed down, but the lollipop remained a promising product line for a long time. 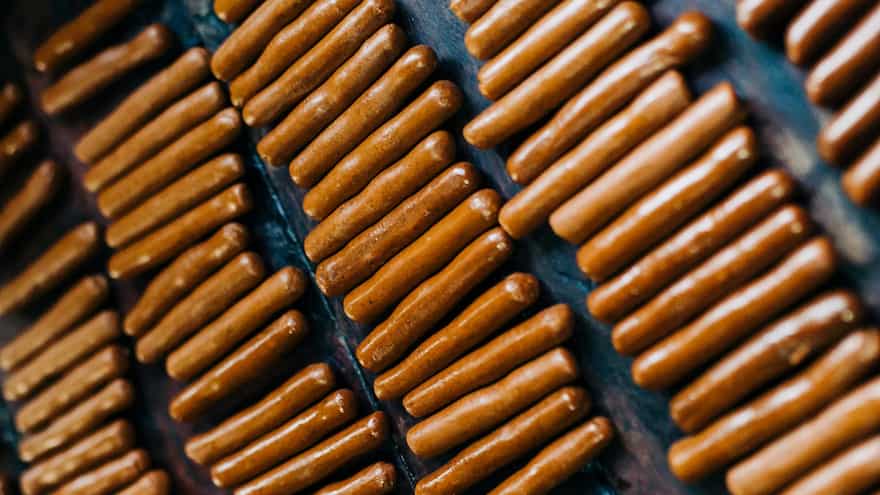 It’s the same dairy that also popularised the coveted Swiss cheese within the state and also outside. Father Andre is also said to be the one who introduced the sweet and creamy Gouda cheese in India. The dairy farm, meanwhile, also supplied ham, bacon, and sausages. The lollipops and cheese manufactured at the Swiss dairy farm were once so popular that they had to be generated in huge quantities and sent to different parts of India and even exported to other countries to meet the demands. Things were flourishing until businesses started dwindling a few decades later and eventually the dairy had to shut down. Around the same time, an ailing Father Butty also had to leave India for good.

Following the closure of the Swiss dairy in the late 1980s-early 1990s, the legacy of the lollipop also suffered a blow. However, local people who were closely associated with it for a long time and other confection enthusiasts made collective efforts to keep things floating as much as they could. Many former employees of the dairy farm started preparing these lollipops at home, but due to a lack of manufacturing and marketing infrastructure, as well as the absence of special techniques to perfect the lollipops, these couldn’t be produced on a large scale.

The owner of Kalimpong Dairy, Edward Tamang, whose father was once an employee of the Swiss dairy, reportedly said that after coming to Kalimpong, Father Andre had first opened an orphanage at Pedong, then he set up the dairy where the orphans eventually got employment. According to Edward, some 100 people were working there at the farm, and his father was one of them. He learnt the ropes of the trade from his father, and eventually started preparing cheese and lollipops himself.

The original taste of the legendary Swiss dairy lollipop may have been compromised a bit, but the love for this iconic sweet treat remains intact. No wonder, people visiting the hill station are often asked to bring back the iconic Kalimpong lollipop in bulk.

Phing: The Classic Kalimpong Glass Noodles You Must Try