Janhvi Kapoor Has A Sweet Tooth: Her Midnight Cravings Are Proof Someone with a sweet tooth finds it hard to resist desserts at any time of the day (or night). While you’d find plenty of foodies in Bollywood, the latest to join the team is actor Janhvi Kapoor. The actor is not just a die-hard foodie, but also has a sweet tooth. Her latest midnight indulgence is proof of the same. Caught while relishing something sweet in the middle of the night, Janhvi’s reaction to this is outright hilarious.

The actor posted a reel on her Instagram that saw her being caught while satisfying her midnight cravings. The video begins with Janhvi’s back facing the camera. An over-the-top shot showcases the actor eating strawberries dipped in chocolate. As soon as she realises that someone is behind here, she turns around and hides her chocolate jar. Finally, she says a dialogue from a popular Indian soap opera as a reaction to being caught. Then, she picks up her jar and walks away.

The video is captioned, “Jab midnight cravings wali walk ke beech koi tumhe pakad le”. Janhvi’s gestures and actions in the video will surely leave you in splits. What caught our attention is the food she was having during her midnight cravings. Strawberries with chocolate, ain’t that proof of her love for sweets? Well, this isn’t the first time that the 25-year-old actor was seen gorging on desserts. 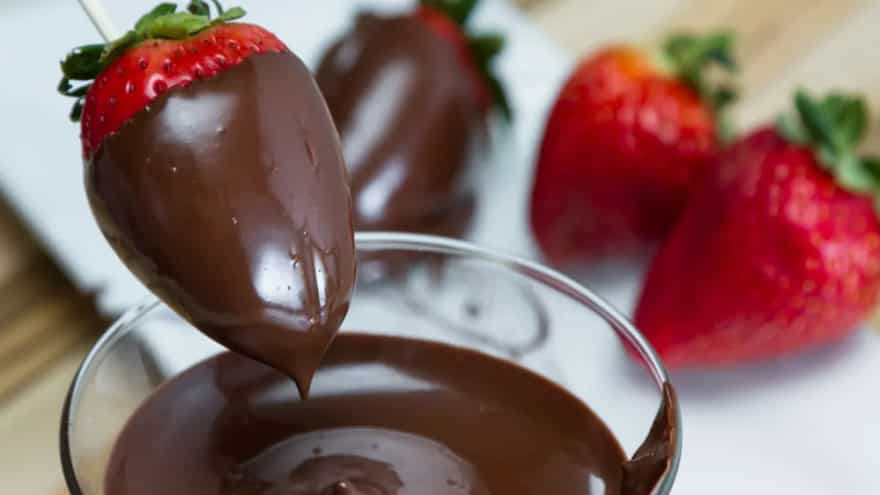 The self-confessed foodie loves to eat ice creams and chocolates to satisfy her sweet tooth, according to a report by a leading media publication. In fact, her appearance on the reality chat show, Koffee with Karan also revealed several aspects of her foodie personality where she addressed the fact that she broke up with her boyfriend because he didn’t order her a chicken salad. Her love for desserts, however, is never-ending.

Even during her shoot with co-actor, Varun Dhawan in Europe, she was seen indulging in a variety of cakes. The large slices of cake, filled with several tasty toppings, made it to Janhvi’s Instagram. She even enjoyed a dessert for breakfast some time back. It was a combination of raw strawberries and strawberry ice cream. Covered in chocolate sauce, this dish is another proof of the actor’s sweet tooth.

Caramel Custard: Why The Wiggly, Wobbly Dessert Has Our Heart