The cake travelled to Russia in the early 19th century and has since become a holiday staple. 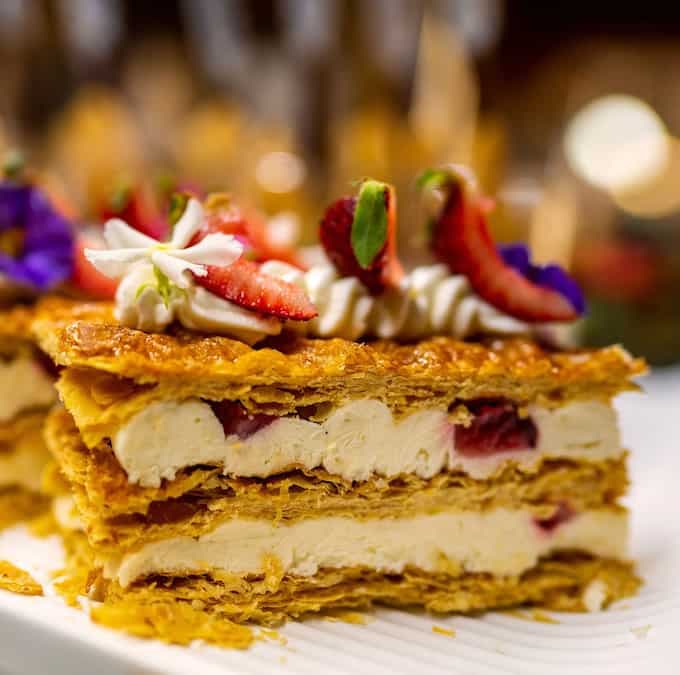 For anyone who is not well-versed with the world of bakery and the gazillion cakes around the world, may presume Napoleon cake to be French. After all, Napoleon Bonaparte remains one of the most prominent French figures even two hundred years after his death. The French military leader is touted as one of the greatest European conquerors of history. The emperor of France had several wives, mistresses and children and even in his lows, he continued to inspire awe and intrigue among both the French and those outside of France, battling the fierce French army.

The Napoleon cake was invented somewhere in 18th century France. Another popular name of the confection is Mille-Feuille ( which translates to 'thousand layers' in French), because of the appearance of the dessert. It is made with multiple thin layers of cake and cream. However, the cake travelled to Russia in the early 19th century and has since become a holiday staple. No occasion, big or small is complete without a serving of multiple-layered Napoleon cake. In Russia, the traditional French recipe was also tweaked, it got a slightly more rich and luscious touch here in terms of ingredients and the frosting used.

It is said that the cake was made in huge numbers after the Russian military’s victory against the French army of Napoleon in the year 1812 and ever since then the cake has been a crucial part of Russia’s modern culinary heritage.

What Is Napolean Cake? How Is Its Made?

The classic Russian cake is made with thin and delicate cake layers that are smeared with luscious pastry cream. The layers are made with dough that is used to make puff pastry, so they are flaky, but since they are so thin, they melt in your mouth in almost no time. Make sure you roll out the dough very thin, but not too thin, else it may break when you are applying the frosting on individual layers. The cream is also whipped so many times that it gets a billowy soft, almost cloud-like look and feel. While the recipe of the cream may differ from baker to baker, the addition of buttercream makes the frosting even more fluffy, velvety, and magical.

The frosting or the cream is essential as it also helps soften the flaky layers. It is also essential to refrigerate the cake in the fridge so that the frosting seeps into the layers and gives the cake its characteristic softness. But it is advisable not to serve it in the freezing cold, take it out of the fridge and let it remain at room temperature for about a minute before cutting and serving it.

Have you ever tried making the Napoleon Cake at home? Do share your recipes with Slurrp. Here's a recipe that is sure to impress you.

Baked Versus No-Bake: Have You Tried Both These Kinds Of Cheesecakes Yet?