Without spices, neither an Indian meal nor an account of the continent would be complete. Indian history and culture are so entwined with spices that even Indian movies are referred to as "masala movies" (masala is the Hindi word for spice). This is due to the fact that many Bollywood blockbusters combine humour, drama, action, and romance in interesting ways. Spices have been employed in Indian cuisine in both conventional and medicinal ways since ancient times. There are 80 different varieties of spices planted around the world, but roughly 50 of them are grown in India, making it a major producer of spices. In addition to enhancing the flavour of food, spices are an excellent source of iron, calcium, vitamin B and C, and other antioxidants. Spices are made from many plant parts, including bud, bark, root, flower, and fruit. India produces more than two million tons of spices annually. With almost 40% of the world's spice trade, it is one of the leading exporters around the globe. India is known as the "Spice Bowl of the World" because of the long history of spices there. Indian tribes have utilised herbs and spices for nearly as long as the "human civilisation of spices." Romans, Egyptians, Chinese, British, and Portuguese invaded India with the same goal in mind: to take use of the country's abundant natural resources and region of origin for spices. They conquered tribes ranging from the Assyrians and Babylonians to the Arabians. The Rig Veda, together with the Yajurveda, Samaveda, and Atharveda (about 6000 BC), are the oldest documented accounts of spices in India. During the Vedic era, knowledge was mostly transmitted verbally from generation to generation through hymns. The Yajur Veda also mentions black pepper, and the Rig Veda mentions other spices.

Indian spices can be found in abundance in the highlands, tropical rain forests, marshes, marshy woods, fertile valleys, and beautiful green plains. Mother Nature's bounty and generosity are at the foundation of the history of Indian spices. Historically, donkeys and camel caravans were used to deliver spices from China, Indonesia, India, and Ceylon (now Sri Lanka). Before Europeans found a sea route to India, the Arabs controlled the spice trade for almost 5000 years. To find a more affordable way to collect spices, many nautical voyages were made. Ferdinand Magellan, Vasco da Gama, and Christopher Columbus are just a handful. Vasco da Gama, a Portuguese explorer, discovered Kozhikode in 1498 on the southwest coast of India after passing through Africa in 1497. He came back laden with nutmeg, cloves, cinnamon, ginger, and peppercorns. 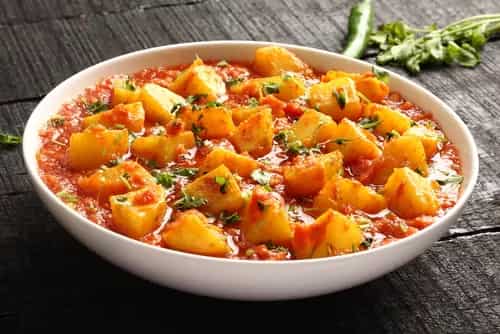 Before the Greek and Roman civilizations, spices from India made their way to Mesopotamia, Egypt, and Arabia. Later, Greek traders would set sail for the port cities of southern India to buy various luxury goods, with spices frequently at the top of their shopping lists. According to historians, trade lines to India were maintained by fighting the Parthian wars. Over the years, many explorers were lured to embark on journeys and crusades to the East by the exotic spices and other luxury goods that India produced.

In order to protect their financial interests, Arabian dealers of cinnamon and cassia lied about the origin of these spices, which was a result of the same Indian spices. Ancient Greeks and Romans had some absurd notions regarding the origins of these Eastern spices because of these fabricated traditions. Herodotus (5th century BCE), a prominent Greek historian who obtained his information from Arab spice traders, claimed that cassia grew in marshes and was guarded by dangerous winged bat-like creatures that sent forth shrill cries. The cinnamon that grew on high slopes close to Arabia inspired even more fantastic legends from the Arabs. When building their nests on difficult-to-reach rocks, enormous birds would bring cinnamon sticks.

The rest of the world soon took note because Indian cuisine was a hit and was carried everywhere by the British as their empire grew to enormous proportions. In the UK, several Indian dishes are now considered staples, and Vindaloo, Tikka, and Tandoori dishes are available in practically every major city worldwide. Not to mention the one ingredient that is necessary to enjoy each of these recipes. The secret to Indian food's flavour lies in the spices!