The greatest invention was Tandoori Chicken, a dish that would later become world famous, but which was then well known only in parts of Peshawar

The first Prime Minister of Independent India (and also now part of the Marvel Cinematic Universe), Jawaharlal Nehru, also helped popularise the dish that became synonymous with Indian food around the world – tandoori chicken.  Now there’s no doubt that the tandoori chicken was invented in Peshawar.

As Vir Sanghvi notes: “In the 1930s, there was a restaurant called Moti Mahal in Peshawar. Its great claim to fame was that it pioneered the use of tandoors (used till then only for baking bread) for meat cooking. Its greatest invention was Tandoori Chicken, a dish that would later become world famous, but which was then well known only in parts of Peshawar.” 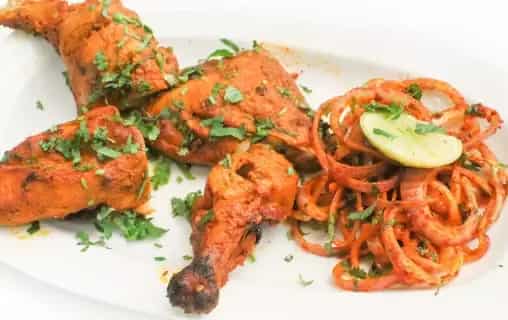 The Delhi iteration of Moti Mahal was set up in Daryaganj by Kundan Lal Gujral, Kundal Lal Jaggi and Thakur Dass. But then there’s where things turn murky as descendants of the Gujral and Jaggi spar over who created the butter chicken.

Either way, there’s no disputing that Kundan Lal Gujaral became a rockstar restauranteur in Delhi, friend to the rich and famous. Mehr Chand Khanna, a member of Nehru’s cabinet who Gujral knew from his Peshawar days introduced the famous tandoori chicken to Pandit Nehru who was blown away by the dish.

Soon, Moti Mahal’s specialties became a permanent fixture at the Prime Minister’s banquets and hosted many world leaders including the Shah of Iran, US President Richard Nixon, Canadian Prime Minister Pierre Trudeau and even Jackie Kennedy.

In fact, such was its legend that India’s first education minister, Maulana Azad told the Shah of Iran that visiting Delhi and not eating at Moti Mahal was akin to taking a trip to Agra and not seeing the Taj Mahal.