Indian snacks have had a reputation of being overtly fried or spicy. But it only takes a few more minutes to rethink, reimagine the classics, right? This is it. The wait is almost over. The much-awaited long weekend of August is right here and we cannot reign in our excitement. Soon after Raksha Bandhan, the nation will gear up for the 75th Indian Independence Day. In 1947, India won freedom from the Britishers, and now India is one of the fastest, developing nations. India also houses a great number of young adults.

It is said that 260 million adults in India are below the age of 30 and the number is only rising. As more and more youngsters are acquainting themselves with the ways of ‘eating healthy’ and leading a healthier life, it is only fair that we ring in this year’s Independence Day celebrations with all things desi, but equally healthy.

For the longest time, Indian snacks have had a reputation of being overtly fried or spicy. But it only takes a few minutes to rethink, reimagine the classics and present them in a new avatar that is beneficial for all.

Here are some fabulous recipes by executive Chef Amit Kocherakar, The Resort Mumbai. 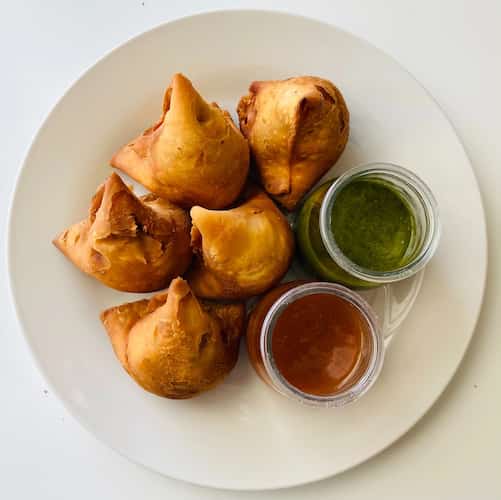