“We never imagined the pandemic would come to India, or into our homes in Kolkata,” says Chef Sushanta Sengupta of 6 Ballygunge Place in Kolkata. Their famous lunch buffets, with Bengali delicacies such as shutki, bhaapa maach, mishti doi and nolen gurer ice cream were sought after by tourists, corporate travellers and locals alike. Pre-covid, the 17-year-old restaurant would be overbooked for lunch, dinner and, during Durga Puja, the waiting time would be at least an hour.

“It was no different during Pujo this year,” says Sengupta. There were 500 people waiting outside and his team did not know how to handle the crowd. Pandemic or not, feasting during Pujo cannot be missed in Kolkata. But, despite the staggering number of guests that turned up, there were those who preferred home delivery. For them, Sengupta had a solution with his new business venture, 6 Ballygunge Place Takeaway, launched in October with seven small outlets located in neighbourhoods like Howrah, Behala and Garia. It was an opportunity that came out of the pandemic.

Speaking to Lounge, Sengupta shares his learnings and the challenges he faced to keep his business afloat in 2020.

What happened in the early days of the lockdown? Initially we believed that the lockdown would be for 21 days, just as the prime minister had declared on television on 24 March. So, we waited. We asked our staff who were not from Kolkata to return home, if possible. We payed them full salaries. There wasn’t much that we could do.

What happened after that?

When things didn’t change and the lockdown went on, unfortunately we had to cut salaries and let go of a few people. It was the lowest point as a business owner, for me. We also had two or three team members who tested positive for Covid-19. Thankfully, everyone recovered.

What happened to the restaurant?

We started delivery and in June opened for dine-ins with 50% occupancy. Compared to pre-covid numbers, our deliveries have surged to 3 times, but our dine-in business was set back by about 30%. We have a banqueting venture too and that has been hit quite badly. During this time of the year, we would have been catering to parties, but now there is no buzz. But, we started the takeaway business and that has been well received.

Tell us a little more about the takeaway business?

It’s modelled on the cloud kitchen format. We have a base or central kitchen which makes the food. The outlets are located at a distance of 4 kms from each other. The food is packed in a manner that extends its shelf life for upto 10 days. We adopted modified atmospheric packaging (MAP) to do so. When we pour a gravy-based item into a container, we suck out the oxygen and add a layer of nitrogen and carbon-dioxide, which inhibit microbial growth. This technology is prevalent in supermarkets in Europe which have a section labelled Indian food with cooked dishes like mutter paneer and rajma chawal in a sealed container which have a shelf life of more than a week. We thought the same technology can be adopted to pack kosha mangsho and Dhakai biryani. We have kept the portions less and prices low for those who live alone those who want to order wide variety of things. We plan to launch an app and open 15 outlets soon. One of them will be stationed at the Kolkata airport too. The idea is to be able to conveniently carry a bhetki paturi or cholar dal whether you’re flying to Delhi or New York. 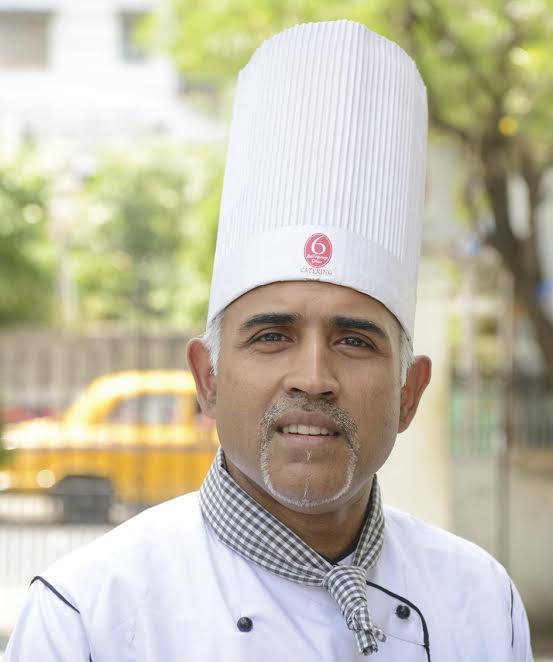 When 500 people turned up for lunch during one day in the Durga Pujo period, we realised the fear of the pandemic is fading. We had stopped our buffet service, but had to bring it back due to public demand.

What is your biggest learning?

I am 48 now and have been in this business for almost 20 years. It took us 6 years to break even. As a business, we had reached a comfortable place. The pandemic shook us out of that. I realise, one cannot be comfortable as a business owner in the food space. Now, I am nurturing big dreams with my takeaway venture with a focus on packaging.