It is not uncommon to see large numbers of people queuing up outside popular fast food joints like McDonald's, KFC, Burger King, etc., especially on weekends, to get their fill of the addictively tasty food on sale. Sodas are also a rage nowadays. Ice cream parlors like Häagen-Dazs, Polar Bear, Baskin-Robbins, and Swensen's see large numbers of customers, many of whom are regulars. The humble pizza, which was relatively unknown until the 1940s, is an absolute must-have for many urban Indians. Sometimes every day. The sheer size of the Indian fast food market and its potential for growth and expansion can be gauged by the fact that Jubilant Foodworks, the master franchisee for Domino's Pizza in India, plans to open about 1300 outlets all over the country in the following years. Newer players in the fast food scene, like Popeyes, have also entered the Indian market, complicating already questionable food choices.

A majority of Indian deaths each year are due to heart disease, and about 60% of them have been diagnosed with diabetes. In fact, it is estimated that by 2050, India will most likely leave the rest of the world behind and attain the pole position as the world leader in diabetes, with over 130 million cases. Other developing nations like South Africa, China, and Mexico are also facing such a quagmire.

The adoption of a more "globalized" lifestyle is among the primary causes of this dietary mayhem. The departure from the traditional diet of unprocessed carbohydrates and plant-based proteins has accelerated the downward spiral. Our choice of alternatives hasn't helped matters eiher. Westernized dietary choices like refined sugar, refined carbohydrates, etc. share a part of the blame, as do processed foods.

The lure of easy-to-cook and fast-to-cook foods can be hard to resist. With a rise in the number of urban middle-class Indians with less time, less patience, more workload, and a lack of interest in cooking, coupled with the ease of procuring quick and tasty food like what's available at fast food joints, this is a deadly combination for health. According to one popular report, "annual spending of middle-class households on fast food restaurants in India's Tier II and III cities has grown by 108 percent" by 2022. 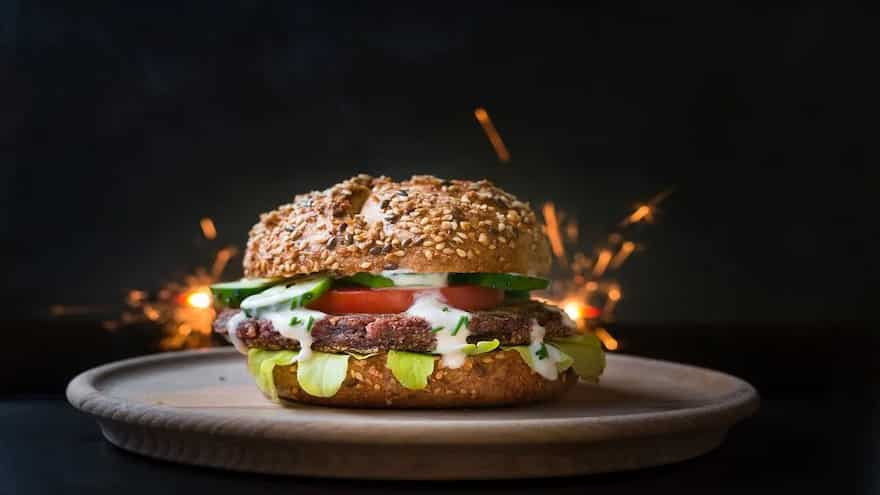 The standard American diet has been widely acknowledged as being deficient in many micronutrients and in quality micronutrients as well. With limited time and resources, most urban Indians prefer to eat like the average American to save time and effort. While such fad diets are a problem in themselves, the fact that many Indians, who are deficient in plenty of nutrients while in their mother's wombs or during early childhood, switch to such high-fat diets suddenly compounds problems. Many Indians now eat a Western-style diet that is high in calories and low in nutrients because fast food is easy to get and they eat it often. This puts them at a higher risk for type 2 diabetes, obesity, and even cancer.

If you think we’re overstating the case, here’s a tragicomic reminder that we’re not: In 2018, the Food Safety & Standards Authority of India (FSSAI) launched a nation-wide media campaign called Aaj Se Thoda Kam as part of a larger initiative called the Eat Right Movement. Their aim was to "encourage consumers to make dietary modifications by gradually reducing the consumption of fat, sugar and salt." They launched a website called Eat Right India and hired Hindi film actor Rajkumar Rao as the face of their campaign to get Indians to eat less cra*py food. The Eat Right India website’s homepage has a damning indictment of current Indian diets: "135 million are overweight or obese."

The FSSAI aimed to remove all trans fats from all packaged foods across India by the end of 2022, one year ahead of the WHO’s 2023 deadline for a similar goal. In January 2022, the organization mandated that trans fats in packaged foods in India be kept under 2 percent. The results of these initiatives for 2023 will probably be released later this year.

While food standards set by the government do exist, we can never be 100% sure that all fast food joints follow regulations as required. As one example, we may never know whether they change the cooking oil after a week of use or whether they change the filters every day or not. There are questions whose answers are lost in translation when taste and ease of procurement trump hygiene and nutrition. While the average human body can handle such foods periodically, like once a month or twice a month, it certainly can't filter out the toxins and inflammation caused by such foods regularly or daily.

Therefore, we’re back to the old adage: moderation is the key. Satisfying one's cravings every once in a while is perfectly fine and normal. Giving in to such urges on a regular basis, on the other hand, can be extremely harmful to your health in the long run and almost certainly uncomfortable for your GI tract in the short term.

Fasting As A Healthy Part Of Your Diet

Restaurants In India That Employ Staff With Hearing And Speech Impairment