A series of photos published by popular blogger Ilya Varlamov showed a group of Ukrainians throwing spaghetti at the Russian consulate in Odessa, a Ukrainian port on the Black Sea coast in the southern part of the country. According to journalist Alexander Kleimenov, a crowd gathered to protest the spotty and controversial Russian media coverage of the turmoil. Since Russia’s invasion of Ukraine in February of this year, there have been a lot of images doing the rounds that show Ukrainians pelting the Russian embassy in Odessa with spaghetti. We’re keen students of food as a method of protest, and Ukraine’s spaghetti protest caught our eye. A series of photos published by popular blogger Ilya Varlamov showed a group of Ukrainians throwing spaghetti at the Russian consulate in Odessa, a Ukrainian port on the Black Sea coast in the southern part of the country.

According to journalist Alexander Kleimenov, a crowd gathered to protest the spotty and controversial Russian media coverage of the turmoil. They hung noodles over someone's ears. Now, that may sound a bit strange to most of us who aren’t from Ukraine. However, it has a distinct meaning in those parts: the phrase 'to hang noodles over someone's ears' in both Ukrainian and Russian means 'to pull someone's leg,' so the demonstrators were suggesting, in very unsubtle fashion, that Russia’s media cannot be trusted to report accurately on the war.

This humorous, communal way of protesting Russia’s actions isn’t new in Ukraine. Back in 2014, during a referendum on whether Crimea, a territory in Ukraine with a large Russian population, should join Russia, many Ukrainians decided to abstain from voting by staying at home and cooking up Varenyky, a traditional Ukrainian dumpling. In 2022, volunteers make and send Varenyky for Ukrainian soldiers and refugees.

In the early stages of the Russian takeover of Crimea, which began in 2014, adapted their diets to minimize their dependence on foreign (read Russian) goods. Historically, the Ukraine region was famous for its Cossacks and horses, but these days it mostly exports sugar, beef, wheat, and tobacco. Russian President Vladimir Putin is said to have signed a treaty with separatist leaders in the regions of Donetsk and Luhansk that extended Russia’s military presence along the Ukrainian border. 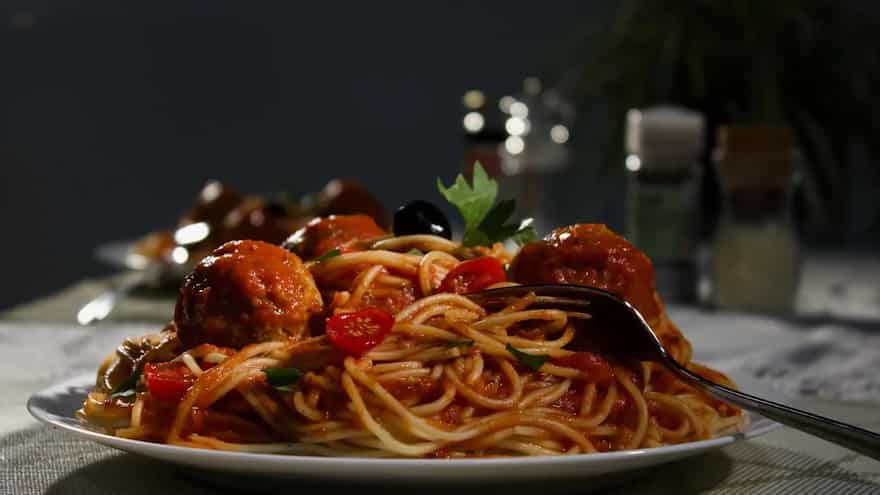 Sometimes, there’s no more potent symbol of defiance than feeding oneself in the face of those who wish to deny you nourishment. When food is scarce, what better way to protest the occupation than through your stomach? With Russian soldiers in their towns and cities, the people of Ukraine had to find alternative methods of obtaining basic necessities. In rural areas where there was little access to stores or supermarkets, residents were forced to grow their own vegetables and fruits or barter with others. There was barely any livestock left, so most rural communities relied on livestock feed made from imported soybeans instead. As a result, Ukrainian families adapted to the shortages caused by war, and their food became more ‘vegetarian’ as well as starchy; breads and cereals began taking over the plate in place of meats (which were too expensive). Even fast-food chains like McDonald’s started offering salads instead of burgers – something only cafeterias could offer before this year.

One of the most unexpected developments was the growing popularity of beans. In a country with a long history of permissive attitudes towards meat-based diets, this was truly a shock. Implementing a vegetarian or vegan diet in Ukraine is possible due to easy access to imported foods, but the nutritional content of most of these is not very appealing. Beans, on the other hand, are one of the most common ingredients in the world, and are full of protein and carbs. As a result, Ukrainians started substituting them for meat in everyday meals, often served with a side of vegetables. As a sign of Ukrainian unity, this new trend also caught on among Crimean residents who were once accustomed to a distinct Russian cuisine. The war saw the large Russian cultural influence on Ukraine being thrown off like a foreign, even colonial, yoke.

On the international stage, potatoes have historically been viewed as a cheap, starchy food with little nutritional value. It’s hard to imagine them these days as part of a rebellion against a foreign invader. But when Ukrainians began protesting the Russian invasion by cutting down on potatoes, it too was a symbolic act of defiance. Potatoes are a staple of the Ukrainian diet, and many Ukrainians consider them a symbol of their nation. Potatoes were very important in the Ukrainian diaspora, and they were a symbol of Ukrainian independence during the Soviet era. Ukrainians were not only protesting the Russian invasion, but were also protesting against the Russians and Ukrainians who had oppressed them in the past.

For the people of Ukraine, food is not only a source of nourishment but also a way of asserting their identity and protesting the invasion by Russia. As Ukrainian soldiers fight on the frontlines, families back home and elsewhere are helping build resilience through food, sending out a strong signal to the aggressors that they are determined to adapt, survive, and even win.

4 Takes On The Iconic White Russian From The Big Lebowski

How Did Russian Dressing Get Its Name?