How To Make Lemon Tea: Step-By-Step Guide To Make The Most Rejuvenating Cup Of Tea

A cup of lemon tea can be anything, a flavourful evening staple or a calorie-burning energy drink, but how do you brew it correctly? Here is a step-by-step guide.

It is said that in 17th and 18th-century tea was mostly served in dainty China cups among the aristocracy, but the tea would often be so hot that the cups would crack with the heat, to moderate the temperature, milk was added and this is how milk tea became a fashionable fixture among Europeans, particularly the English. Many refute the claim, suggesting the inclusion of dairy can be dated back to first-century Mongolia. Whatever may have been the case, we do know that milk and tea did not always appear together in history. The tea leaves (camillia senensis) were and are still brewed without milk. Black tea is certainly stronger, even bitter and not everyone’s cup of tea (pun intended), but to think of it as inferior would be a bad idea, considering the fan following it has generated among health and fitness lovers. Cutting out on dairy, gives you a better shot at weight loss, black tea is also said to be more energising too, and about the flavour. Well, there are multiple ways to work around that. For example, a simple squeeze of lemon, and a drizzle of honey could give your black tea a delish boost, and serve as an inexpensive metabolism booster. Lemon tea has various other benefits as well and is actually consumed in many Indian households, in Bengal’s lebu cha (lemon tea) you also find the inclusion of black salt, ginger powder as part of the moshla or masala. A cup of lemon tea can be anything, a flavourful evening staple or a calorie-burning energy drink, but how do you brew it correctly? Here is a step-by-step guide. 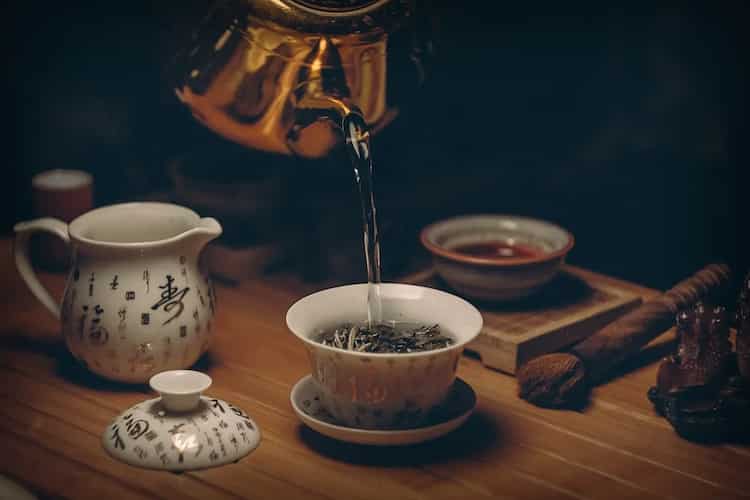 Lemon tea is essentially just black tea brewed with a drop of lemon. It is best to add honey to the tea instead of sugar, not just for health reasons, but also the deep-caramelly flavour. If you are a fan of green tea, you can swap black tea with green and follow the same.

How To Make Lemon Tea

This tea is definitely hydrating and can do wonders for your immunity. But too much of it can also prove to be harmful. Try this method of making lemon tea and let us know how you liked it.

Notes from my library of teas

How To Make Black Tea: Master The Art Of Making Kadak Kaali Chai With These 4 Tips

How To Make Tea; 5 Unique Tea Recipes To Try