Culinary Delights On The Big Screen: How Pop Culture Fuels Our Love Of Food

A well-crafted film can transport us into a world of sensory delight, into the kitchen with the characters, where we can smell the aromas and taste the flavors of the many delectable preparations that are part of Hollywood lore. Food has always been a beloved subject in pop culture, from the classic cooking competition show "Iron Chef" to the modern phenomenon of food blogging and Instagramming every meal. But there is something particularly special about the way food is depicted on the big screen. A well-crafted film can transport us into a world of sensory delight, into the kitchen with the characters, where we can smell the aromas and taste the flavors of the many delectable preparations that are part of Hollywood lore. In this article, we will explore how pop culture has fueled our love of food by looking at some iconic food-centric films.

Read More: How Technology In The Food Industry Can Help Reduce Food Waste

1.    First on our list is the classic cartoon "Garfield." Despite being a film about a lazy, lasagna-loving cat, it is the human characters that really drive the culinary aspect of the plot. Jon Arbuckle's attempts to win over his veterinary colleague Liz by cooking her elaborate meals are both endearing and amusing, and the film does a great job of making the food look utterly delicious. From the towering lasagna to the perfectly grilled steaks, "Garfield" will have you craving a hearty home-cooked meal. 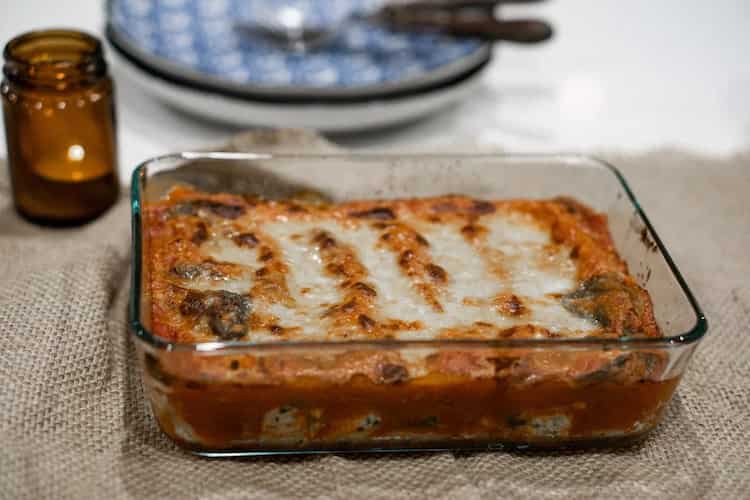 2.    Next up is the critically acclaimed "Ratatouille." This film follows the journey of a young chef named Remy, who dreams of creating culinary masterpieces despite the challenges he faces as a rat in a human-dominated world. The animation in "Ratatouille" is particularly noteworthy, as it makes the food look almost too good to be true. From the gooey cheese on a perfectly baked pizza to the colorful array of fresh produce, "Ratatouille" will have you wanting to try every dish Remy creates.

3.    "The Hundred-Foot Journey" tells the tale of an Indian family who opens a restaurant in the French countryside, much to the chagrin of the snobbish proprietor of a nearby Michelin-starred establishment. This film is a feast for the senses, with stunning visuals of the lush French countryside and mouth-watering Indian and French dishes. The film also touches on the emotional power of food, as the two rival restaurants eventually come to a peaceful understanding through their shared love of cooking.

4.    "Willy Wonka & the Chocolate Factory" is a childhood classic that continues to delight audiences of all ages. The film follows a group of children on a tour of the mysterious and magical chocolate factory run by the eccentric Willy Wonka. The food in this film is otherworldly, with rooms filled with ‘lickable’ wallpaper and rivers made of chocolate. "Willy Wonka & the Chocolate Factory" is a delightful celebration of the sheer joy that food can bring.

5.    "My Big Fat Greek Wedding" is a heartwarming comedy about a Greek-American woman falling in love with a non-Greek man and the cultural differences that arise as a result. Food plays a central role in the film, with the family's love of big, boisterous meals being a key part of their culture and identity. From the endless spanakopita to the heaping plates of roast lamb, "My Big Fat Greek Wedding" will make you want some traditional Greek comfort food.

6.    "Chocolat" is magical realism set in a small French village in the 1950s. It follows the story of a chocolatier and her daughter as they open a chocolate shop and shake up the rigid customs of the town. The film is a feast for the eyes, with sumptuous shots of chocolate in all its forms. From rich truffles to molten chocolate lava cakes, "Chocolat" will satisfy any chocolate craving you might have. 7.    "Jiro Dreams of Sushi" is a documentary film that takes viewers on a journey into the world of sushi and the art of Japanese cuisine. The film follows the story of Jiro Ono, a world-renowned sushi chef who has dedicated his life to perfecting the craft. The way the movie demonstrates how much effort and passion go into making perfect sushi rolls has inspired people all over the world.

8.    "Big Night": A classic foodie film that follows the journey of two immigrant brothers who run a struggling Italian restaurant in the 1950s. As they try to compete with a flashy new Italian restaurant in town, the brothers strive to prepare the ultimate "big night" feast to save their business. The movie's food scenes and its celebration of traditional Italian cooking are sure to inspire anyone who loves to eat.

9.    "Julie & Julia": This charming film tells the story of Julia Child, the famous chef and television personality, and Julie Powell, a young woman who sets out to cook her way through Child's cookbook. The movie's portrayal of the joy of cooking and the power of food to change people has made many people want to try their hand at making food.

From the indulgent lasagna binging of Garfield to the art of sushi in Jiro Dreams of Sushi, these films demonstrate the enduring power of food in pop culture. Whether inspiring us to try new dishes or simply reminding us of the joy of cooking and sharing a meal with loved ones, the big screen has played a crucial role in fueling our love of food.

Cocktails In Pop Culture: Timeless Cocktails That You Must Try

Shivesh Bhatia On How Vacations Fuel Him As Baker