How Plant-Based, Mock Meats Are Currying Favour in India

No matter which camp you identified with in the past — pro or anti-soya chunks — chances are, the range of plant-based meat substitutes now available in India will leave you impressed Time was when those looking for vegetarian substitutes for meat or poultry had little other recourse than 'Nutrela'. It's perhaps a sign of just how ubiquitous the brand, owned by Ruchi Soya, was — much like the name Xerox became synonymous with photocopying, Nutrela became the catchall term for soya chunks from various companies. 'Nutrela' is arguably even better known than the trade term for soya chunks: 'mealmaker'.

Despite its all-pervasiveness in Indian households, Nutrela could trigger strong reactions from both sides of the "is this even palatable?" divide. Those who swore by its taste, texture and nutritional content were happy to have it dropped willy nilly into their rice, curries and more. Others, who equated it with a sponge (on its good days) or cork (on its bad ones), were understandably less enthusiastic about the practice.

No matter which camp you identified with in the past — pro or anti-soya chunks — chances are, the range of plant-based meat substitutes now available in India will leave you impressed. 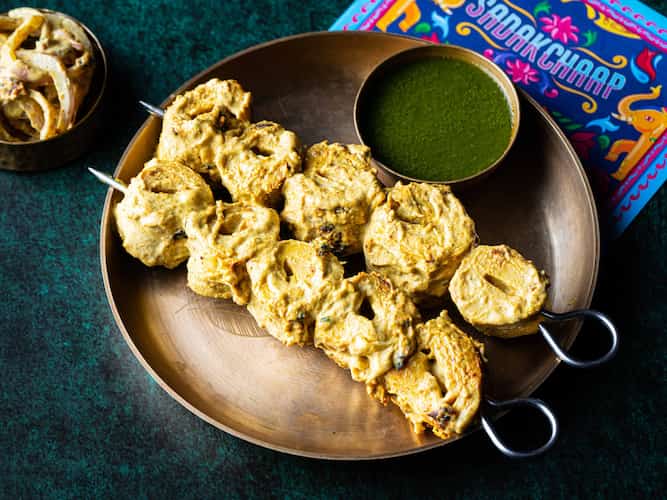 Just as it has the world over, in India too, plant-based ‘mock’ meat is penetrating the food market like never before. The reasons for the rise of these alternatives range from the health implications of consuming processed meat, to taking a stand against animal cruelty, to ameliorating environmental hazards. Living in a world where climate change is an urgent and severe reality, the push towards mock meats is both right and apt.

What exactly is "mock meat"? It is a concept that resembles the taste and texture of meat but is made from plants and "allows people who like the taste of meat to enjoy it, without contributing to animal slaughter and suffering," says director of the People for the Ethical Treatment of Animals (PETA) in India, Poorva Joshipura.

According to a survey by Good Food Institute, 33 percent of US consumers, 62 percent of Chinese consumers, and 63 percent of Indian consumers were “very or extremely likely to purchase plant-based meat regularly”. Responding to these consumer sentiments — and the changes in food habits wrought by the coronavirus pandemic — Indian brands that deal with mock meat have moved far from plain old Nutrela to products that are indistinguishable in taste and texture from all sorts of meat — chicken, mutton, even fish. 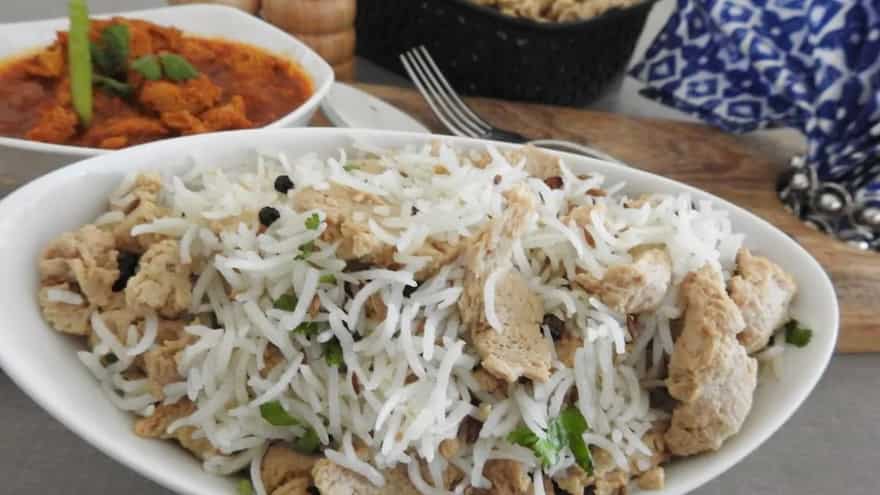 For Sohil Wazir, chief commissioning officer of the brand, over these past two years, consumer awareness has risen with demograohics like millennials, Gen Z, and Gen Alpha making a shift towards plant-based meat. “We have grown over 500 percent in the preceding year,” Wazir says. “There is a lot more headroom, conservatively, and we hope that the category will be $1 billion by 2030 in India.”

“As a brand, our team here at GoodDot regularly gathers consumer feedback regarding the current products and their expectations. We also collate a lot of information from our vegan fast food outlets called GoodDO. These inputs form a strong basis for our product development,” Sinha tells Slurrp.

In 2021, Nestle announced its plans to cater to ‘flexitarians’ (those who are cutting back on their meat consumption gradually) by launching nutritional plant-based alternatives to shrimp and eggs, and a vegan KitKat bar. Burger King added plant-based nuggets to its menu after the success of its Meatless Whopper. Domino's India too launched a plant-based meat pizza.

Praveen Jaipuriar, CEO of CCL Products (India) Limited, a leading Indian coffee company that has recently entered into the plant-based meat category, says that mock meat products are helping society to move towards a sustainable lifestyle. “Moreover, the products feel, taste and appear like real meat, which is an added advantage. They are healthier than regular meat and are high in protein and fiber, low in cholesterol and trans-fat, and are non-GMO,” Jaipuriar notes.

The brand Çontinental Greenbird believes that consumers would love snacking options that are similar to popular non-vegetarian offerings and hence have launched Chicken-like Nuggets, Chicken-like Kebab and Chicken-like Sausage.

Vezlay Foods is another brand that caters to the plant-based meat alternative market, for vegans and non-vegans alike. Founder Amit Bajaj came across vegan and plant-based meats during his days in London and loved the concept. Currently, the brand manufactures around 40 soy-based products under 2 diﬀerent categories: Frozen and Ambient. 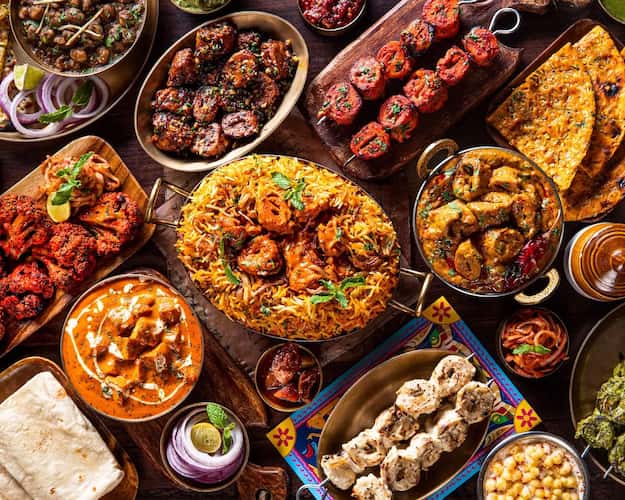 So, while talking about how the market is bombarded with mock meat derivatives, it is important to also focus on the aspects to keep in mind while making a transition from meat to plant-based/mock alternatives in recipes.

Bajaj says factors like taste, texture, look and nutritional value plays an important role, concluding: “It should be easy to cook and suitable for all cuisines and recipes”.

Abhishek Sinha emphasises that consumers have to decide on the products based on the recipe or end dish they have in mind.

“For example, ready-to-cook nuggets/patties/tikka, etc are easy to cook. But if they want relatively raw plant-based meat, they need to find out more as to how these products need to be handled while cooking. For this, it’s important to watch recipe videos and follow the cooking instructions the brands provide," he says. "Once they are comfortable, they can tweak as per their own recipes and requirements.”

Why is hemp seed a superfood for vegans?