Goans have always treasured the spirit but ‘feni’ has taken a severe beating in the past. Now, a new generation is showcasing it Bar owner Buland Shukla isn’t Goan but his love for cashew feni began at an early age “because for broke people like us, there was no other option but to acquire the taste for it”. When he opened For The Record, India’s first vinyl bar, in Panaji in 2019, he decided to take his love for feni a step further.

“We decided to work only with Indian spirits for our cocktails. It greatly limited the scope of spirits I could work with and made me experiment with different flavours and ingredients for feni cocktails,” Shukla says.

That experiment led to some of the most innovative cashew feni cocktails you will find in Goa. Be it a take on classics such as Feni Margarita or Feni Old Fashioned or cocktails such as Honeydew, made with honey mead and feni, or Flower Power, a blend of mahua (Madhuca longifolia) and feni. “It took us a year but we have a 100% conversion rate on our feni cocktails. After giving it a try, patrons always ask for a feni cocktail next time around,” says Shukla.

Across the state, feni has started moving out of homes and local tavernas and is in the process of finding new fans as it builds a reputation as a premium spirit. It’s a remarkable turnaround for a spirit that was looked down upon by outsiders until just a few years ago. And it is now being positioned as part of the Goa experience.

The process of change began with economic liberalisation in the early 1990s. “India discovered Goa in the 1990s. Indian tourists wanted to take back a souvenir, and with its low taxes, alcohol was the most compelling option. Thus began the craze for fancy and over-the-top shaped feni bottle brands,” says Hansel Vaz, a second-generation feni maker who started Cazulo Premium Feni in 2013.

As Indians mobbed Goa’s beaches for the turn of the millennium celebrations, and the 2001 Bollywood hit Dil Chahta Hai sold the state as a pocket-friendly, mass tourism destination where “anything and everything”was possible at a price, there began a dangerous new phase. “The quality of feni inside didn’t matter any more, the market simply demanded eye candy at a cheap price,” Vaz says, referring to the gaudy packaging that became common. Feni’s image took a beating.

Goans began to shun the bottled version, preferring quality feni sourced from the villages. By the late 2000s, says Vaz, bottled feni had no serious takers.

The odds were stacked against feni when Vaz, then a geologist based in New Zealand, embarked on a plan to recontextualise the spirit with the launch of Cazulo Premium Feni. “For me, feni has to do two things. It must showcase our heritage to make any Goan feel proud as well as serve as a worthy ambassador for our land and our people to the rest of the world. I may not change the world but I am ambitious and audacious enough to change the feni world,” he says, adding that he still tastes every batch of feni at Cazulo.

“Feni needs to offer something new for the millennial mindset that’s already open to experimenting and drinking new spirits. We need more people to innovate and create feni brands,” he continues. So far, locally popular Big Boss, Cajulana and Tinto Heritage Feni have been the only other known feni brands.

Feni aficionado and master infuser Clement DeSylva of the soon-to-be-launched Aani Ek brand says feni is now where Scotch whisky was 200 years ago or tequila was a few years ago. “God made cashew so we could make feni. But most people have not appreciated the spirit. We are trying to change that,” he says.

Bars are chipping in to popularise feni cocktails amongst locals and tourists alike. From Joseph Bar, arguably the most popular in Panaji, to Tesouro in South Goa, Shukla’s vinyl bar and many others, finding a feni cocktail has finally become as simple as opening the drinks menu at most places. 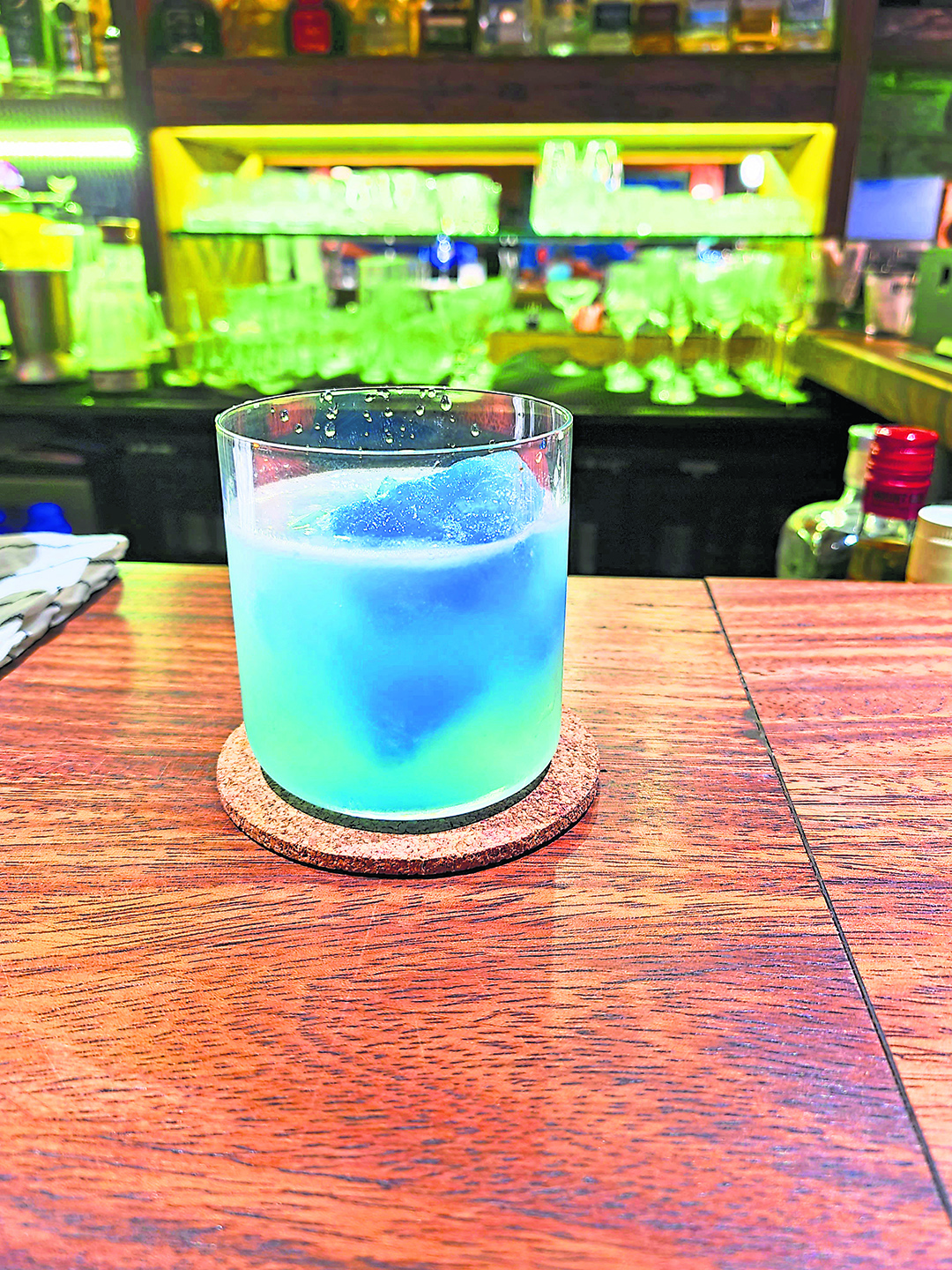 At Tesouro, head mixologist Karl Fernandes and his team have created feni cocktails that can rival the best made with other spirits. Whistling Schoolboy is an original cocktail made with feni, pisco, lime, honey, egg, mango and passion fruit, while the Colonel Custodio, a favourite with customers, is made with feni, spices and an edible garnish. Then there is Feni-Chilling, made with feni, ginger honey syrup, lime juice and smoky whisky.

“People are looking for something new now, especially in the last two years as more people started coming to Goa for long-term stays and exploring the local culture. We have gone from almost nothing to 20-30% feni cocktails (of all cocktails) being sold nowadays,” Fernandes says.

Shukla is confident that in the future even more bars, including those that are part of chains or owned by non-Goans like him, will start stocking feni cocktails. “In just another year, the spread of feni cocktails will be even wider. There are no two ways about it.”

Vaz agrees, “Five years ago, five-star hotels in Goa would sneer at the mere mention of feni. All of that has changed today,” he says. “In the last 10-15 years, there has been a lot of social and political angst among our people (with locals migrating and non-Goans coming in and disturbing the traditional way of life). Drinking feni has become a way of re-emphasising your cultural identity—it took off three years ago,” he adds.

However popular it becomes, though, feni will continue to remain a quintessential Goan experience. It can be sold elsewhere, of course, but so far only Tinto is available outside Goa—in Mumbai—and pricing is an issue. As chef Pablo Miranda of Panaji’s António@31, which serves a Feni Mule cocktail, says: “You wouldn’t want to be sitting in a Mumbai or Delhi apartment and having a feni cocktail. Whether it’s a feni cocktail by the beach or overlooking the fields, it’s not a full experience if you are not in Goa.”

Priyanko Sarkar is a Mumbai-based writer covering the beverage industry.