While a common Durga Puja Bhog today is all things light and vegetarian, there was a time when it appeared very different.

It wouldn’t be an exaggeration to liken Durga Puja to a five-day-long carnival of sorts. In the wake of autumn, when Goddess Durga begins her journey to earth, her maternal home, her devotees gear up to make sure she has the best stay possible. ‘It is every bit like pampering your own daughter, hence all the time, care and attention to detail’, my grandmother would tell me when I would get too fussy due to the delay in the morning Pushpanjali.

The popular perception of Durga Puja has much to do with indulging in a range of snacks, and that is not entirely incorrect. There’s something for everyone. But when you see hundreds of people queue up for one meal of khichdi, chutney, mixed vegetable and payesh, “preferences” are shown the exit door. The Durga Puja ‘Bhog’ is a meal served to everyone present in the pandal during lunchtime. “Bolo Durga Maai Ki, Jai” people chant in unison before they begin chomping on the festive delicacies with fervour.

The tradition of Bhog is not that old, it only goes back two centuries, and the original bhog didn’t even look quite like what is served in the pandal today. When Siraj Ud Daula was ousted from Bengal after the Battle of Plassey, Naba Krishna Dev became one of Lord Clive’s close aides as his language translator. Lord Clive was well acquainted with Hindu customs and Pujas, and in fact, it is said that he planted the idea in Deb’s head to initiate Sovabajar Rajbari Puja at his mansion in north Calcutta. This is where the first ‘grand-scale Durga Puja took place, and Lord Clive and Warren Hastings were among special invitees too. They were allowed to witness the Puja from a distance owing to their 'Non-Brahmin' status

The Bhog preparation back in the day was also very sacred and carried out with a specific set of protocols. Only Brahmins, called Thakurs, were designated to prepare the Bhog. The Bhog was also not uniform across pandals. Different families, based on their class, would make other offerings. Legends also say that the Bhog wasn’t always vegetarian, to begin with, either. Fish and meat would often make it to the Bhog thali. The animal sacrifice has stopped now, instead vegetables are cut and offered in lieu. Copious amounts of sweetmeats were also made for the Goddess laden with ghee, sugar and refined flour.

So, when did Khichuri begin to feature in the menu? To many, it appears to be the scale of the festival that only continued to get bigger. Khichuri is an easy-to-cook, one-pot meal which is versatile and loved by both vegetarians and non-vegetarians alike. It also makes fiscal sense to serve this meal to a gathering ranging from 500 to 2000 people. Besides that, Bengali also dig a well-made khichuri. And why shouldn’t they? The Bhoger khichuri is renowned for its distinct smokiness. The lentils are roasted before they are added to the pot for cooking. The Khichdi is cooked in desi ghee with a subtle Bengali spice-mix called ‘Paanch phoron’. Served with Labra made with potatoes, pumpkin, and other gourd vegetables, this meal is complete with nutrition. Since most Bengali culinary habits are in line with Ayurveda, it makes total sense.

Chef Pradipt Sinha of Crowne Plaza, Okhla, tells us that it is around this period of autumn, October or November that Bengalis also gear up for ‘Nabanna Utsab’, which is essentially a thanksgiving celebration for the newly harvested rice and grains. Hence the one-pot meal could be a symbolic veneration of the same.

How many of you have tried the Bhoge'r Khichuri? Do let us know. And guess what, you can try making some at home too with this simple recipe. 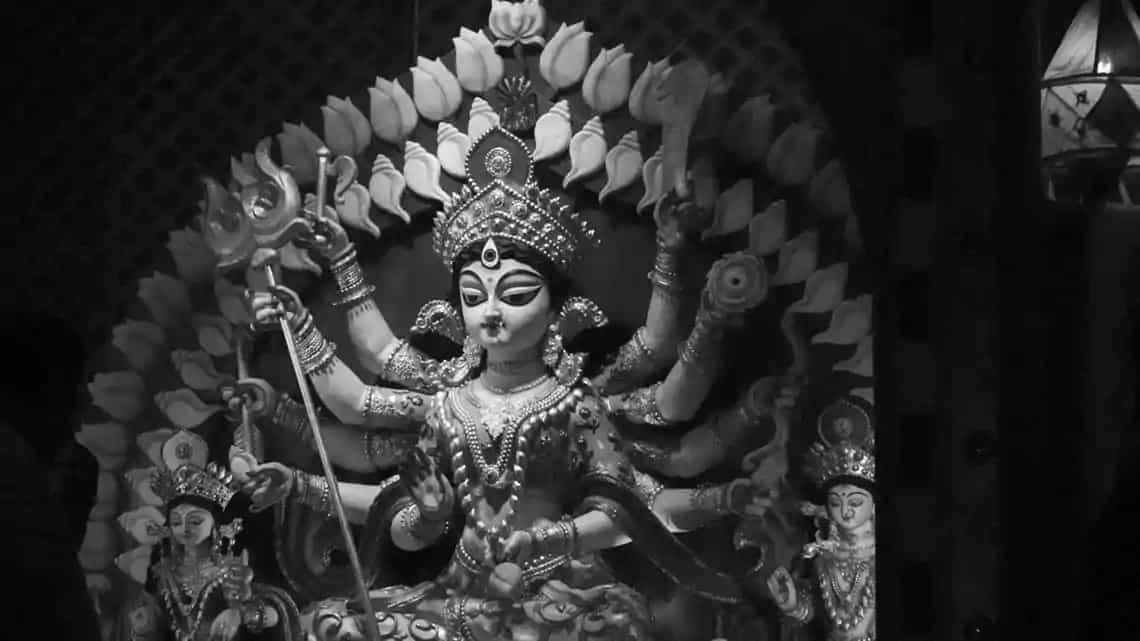