Do you know what goes into your afternoon pint? Here’s the lowdown on how beer gets from brew to bottle

Have you ever found yourself staring into the amber depths of your favourite brew and wondering, ‘how did you get here?’ For many, the art behind the beer-brewing process is a mystery that we don’t really need to know in order to appreciate the final product. Science and art come together in the brewing vat and turn out special magic and a drink that is beloved the world over. Whether you’re looking forward to showing off at the next party or just finding a deeper connection with the food and drink in your life, here’s a rundown of all the stages that beer goes through to get to your table.

The base of most beers is fermented grains. This includes malted barley which is simply barley that has been partially germinated to speed up the brewing process. This barley lends sugar to the process that is then converted to alcohol by the yeast.

A flower from the Humulus Lupulus plant, hops have a natural antimicrobial and stabilising effect on the brew. This allows the beer to ferment cleanly while also adding bitter, floral and fruity flavours to the mix.

Yes, you can claim to be hydrating with a glass of beer (although we wouldn't recommend it full time). The main ingredient in almost all beers, water is essential to help convert the starch content of the grains into sugars and later alcohol.

The hard worker in the mix, yeast is a living organism that feeds on the sugars in the mix and converts them to alcohol and carbon dioxide. The flavour of a beer can change depending on which yeast you use. 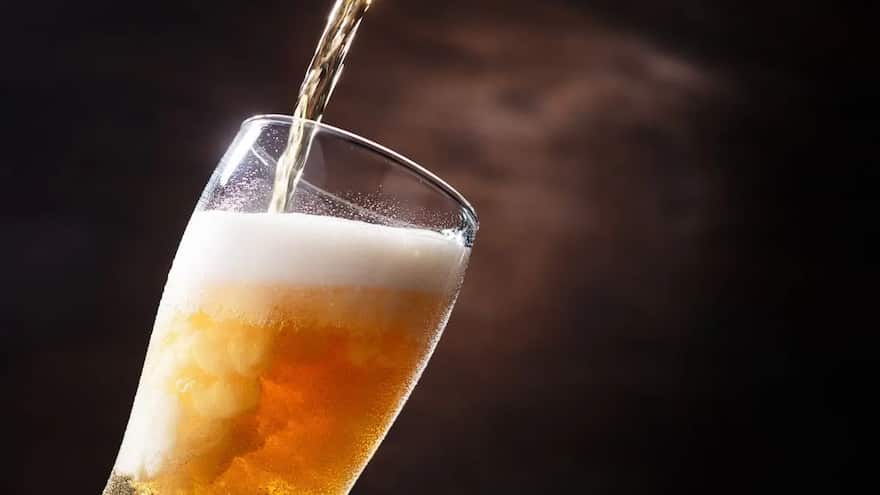 For barley to be beer-worthy, it needs to be malted. This involves taking a live seed and encouraging it to start the growing process. The process creates the starch enzymes necessary to create fermentable sugars when the yeast is added later.

The malted barley is then crushed up and soaked in warm water to create a sugar solution known as wort. Additional grains are added now and the temperature is raised incrementally from 38-77°C so that the enzymes react. The enzymes break down the starch in the grain and convert it to simple sugars. The solid elements sink to the bottom of the tank.

The liquid contained in the mash is transferred into another tank called a lauter tun and boiled. This is accomplished by drawing the liquid out through the bottom layer of mash solids, which acts as a filter, hops are also added now for a cleaner fermentation. Hot water is added to the top of the mash tank to rinse the remaining liquid, now called wort, from the mash.

Once the mix has been boiled and sterilised the solid grains and hops are removed and the mixture is cooled. Yeast is then added and begins to ferment. It is in this stage that alcohol is actually created. For every gram of sugar consumed by the yeast, it produces two halves. Half carbon dioxide, half alcohol. This process takes around a week depending on the yeast type and fermentation style, and it will determine what type of beer is finally produced.

The final stage is to add any additional flavours that might be desired. Items like fruit can be introduced earlier in the process and fermented along with the beer but most solid and artificial flavours are added after brewing.