How About These Non Veg Rice Dishes For Dinner

These non veg rice dishes are perfect for your dinner.

Any Indian dinner table is incomplete without rice. It is something that complements everything from a dal to any gravy. Sometimes you crave something exotic and don't want to have the usual dal chawal, these are the situations which are ideal for cooking pulao Or biryani. We all are familiar with different types of pulao and biryanis. Do you know you can use a lot of different ingredients to create different variants of pulao? When it comes to rice, biryani is the eye-catcher! For all non-veg lovers, biryani isn't a dish but an emotion. Chicken/meat pieces cooked with aromatic spices and mixed with flavoured rice are everything you need to satiate the cravings. The juicy texture of the meat, soaked-up spices and aromatic rice is a perfect blend of all the goodness on one plate.

Yakhni is essentially a mutton soup made with yoghurt and saffron. Mutton and whole garam masala, which are tied in a bouquet garni, are used to make the broth/stock. The key ingredient in this pulao or pilaf is aromatic spices. Fennel seeds, dry ginger powder, cinnamon, cloves, and black and green cardamom are the main ingredients in these. Another ingredient, yoghurt, is essential for fusing all of these flavours and giving this pulao its distinctive flavour. Along with the par-cooked mutton, rice is cooked in the mutton broth for the Yakhni Pulao.

A rice and fish dish from the Indian subcontinent is called fish biryani. The fish biryani can be prepared Pakistani way using boneless fish, aromatic Basmati rice, and a flavorful fish biryani masala. Minced fish pieces are mixed thoroughly with rice and aromatic masalas. This delicacy is also popular around the Bengal region. Serve hot and serve raita alongside.

Keema Biryani, also known as Mutton Keema Biryani, is a delicately flavoured Biryani made with long grain, fragrant Biryani rice and properly cooked, savoury minced meat from India. This Biryani will thrill you if you don't like the bone in your meat. The minced meat is juicy and tender and is mixed with the rice properly. You'll taste the soft minced keema with every bite you take. It's a delight for all mutton lovers.

Even while biryani is a very tasty delicacy in and of itself, when it is served with Mughlai pulav, it is guaranteed to be twice as tasty and rich. On special occasions and during holidays like Ramadan, Mughlai pulav, one of the best rice meals you will ever eat, maybe a delectable treat for your family and friends. This dish, which is prepared with rice, chicken, and ground spices, is a mouthwatering hunger stimulant.

One of the many intriguing ways we consume rice is in fried form. Fried rice has throughout the world and is adored by people everywhere, even though we are unable to pinpoint its origin or the inventor. Chicken fried rice is an Indo-Chinese chicken dish that is stir-fried with Chinese sauces and exotic vegetables. The chicken is juicy and tender and is mixed with the goodness of smokey ingredients. 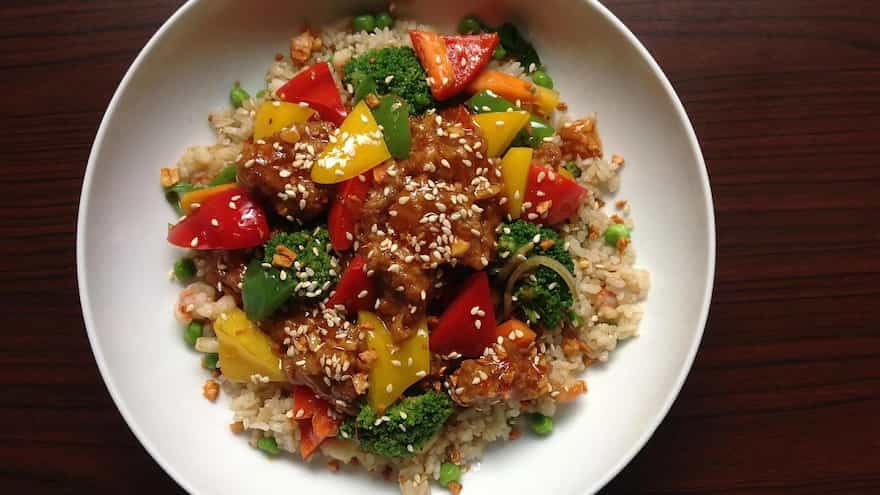 A rice dish from the west of India called "Kolambi Bhaat" is similar to pulao in that the rice is added after the spices and prawns have been combined. Within Maharashtrian populations, rice is referred to as "bhaat" or even "tandul," which means a single grain of rice. There is a huge range of rice meals throughout India, and the majority are based on local cultures, communities, and seasonal ingredients. In most parts of India, white rice has long been a mainstay ingredient—more so in the sweltering summer months.

Kolambi Bhaat: This Prawn Pulao Is 'Home' To Many Maharashtrians