How About A Homemade Goan Thali For Dinner 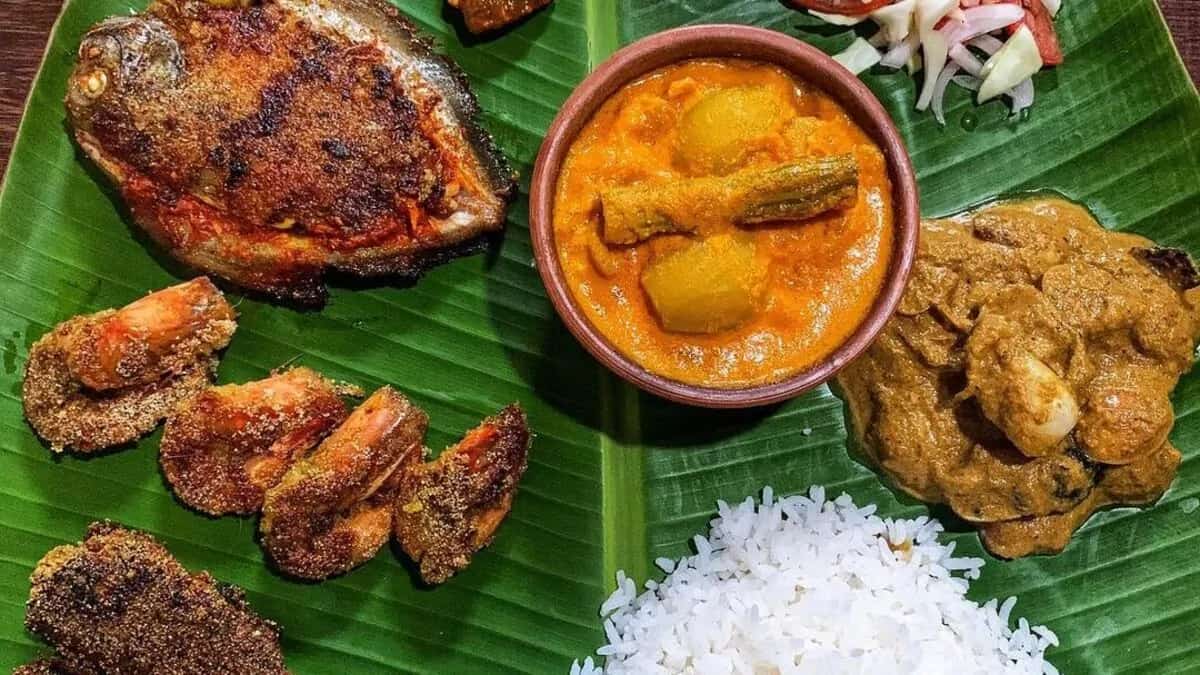 Goa is unquestionably one of the most alluring cities in India. It has exciting nightlife, stunning terrain, tranquil beaches, and mouthwatering food options. There are many locations to sit back, relax, and enjoy delectable food and refreshing beverages in Goa, ranging from seaside shacks to opulent restaurants and cafes. However, nothing beats indulging in a mouthwatering Goa-style thali if you want to experience the true flavour of Goan cuisine. Unbelievably, after tasting the traditional Goan thali, you'll tell all of your friends and family about it. For tasting the authenticity of Goa, you don't necessarily have to visit the place. You can make this delicacy at home as well!

Starting with this one, It is among the most well-known prawn dishes in Goan cooking. This recipe for prawn curry, which is rich, creamy, filling, and delicious, will undoubtedly make you love seafood more. The traditional dish Goan Ambotik comes from the western part of India. The secret to this recipe, which is normally prepared with fish, is using fresh coconut instead of coconut milk. The dried chillies give the stew its spice. The paste also contains vinegar, and goan vinegar, which adds a sour aspect, is ideal for it.

Reacheado is Portuguese for "packed." Simply described, it is pomfret that has been fried with onions till crisp and golden brown and has been infused with a tangy reacheado paste. Recheado masala, sometimes referred to as Goan raechad masala, is a hot and sour mixture used to marinade vegetables and fish. It is a rich red colour and contains a variety of spices. made with vinegar, spices, and chiles. Before stir-frying the catch of the day in a skillet with oil and infusing the spicy red paste flavours into the protein-rich sea foods, the masala is used to flavour fresh seafood such as mackerels and prawns.

This fish recipe is undoubtedly well-known to everyone who has visited Goa or heard of Goan cuisine. In this recipe, fish fillets are cooked till perfectly brown and flavoured with ginger, garlic, and red chillies. You'll be in for a treat if you later garnish it with coriander leaves. Fish that has been shallow-fried and given the rava treatment has a crispy surface and a soft interior that is spiced. This dish differs only a little from the typical fish fry we prepare at home, but it nevertheless tastes significantly different and has a more appealing texture and appearance. People in Goa primarily favour Goan poi for bread. It is a well-known leavened bread made in Goa using wheat flour and bran to improve its nutritious content. Using wheat flour, all-purpose flour, and wheat bran, the Goan Poee Recipe makes a whole wheat bun that is incredibly tasty. Goan poee is adaptable and goes well with any Indian or foreign gravy.

Kismur is a typical Goan salad that can be prepared with a variety of seafood, including fish, prawns, shrimp, surmai, and more. All you need to create this are some dry prawns, tamarind, oil, and some spices to give it a sour flavour. Dry prawns or dry fish, such as mackerel, are used to make kismur, or dry prawn salad. One of the most well-known Goan dishes is offered in practically all Goa eateries. It's a very quick and straightforward recipe that pairs beautifully as a side dish with any straightforward Indian meal.

The 5 Best Places For Traditional Goan Food In Goa