History Of The Popular Udon And Its Types

Everything you need to know about the udon- from its history to the various types. 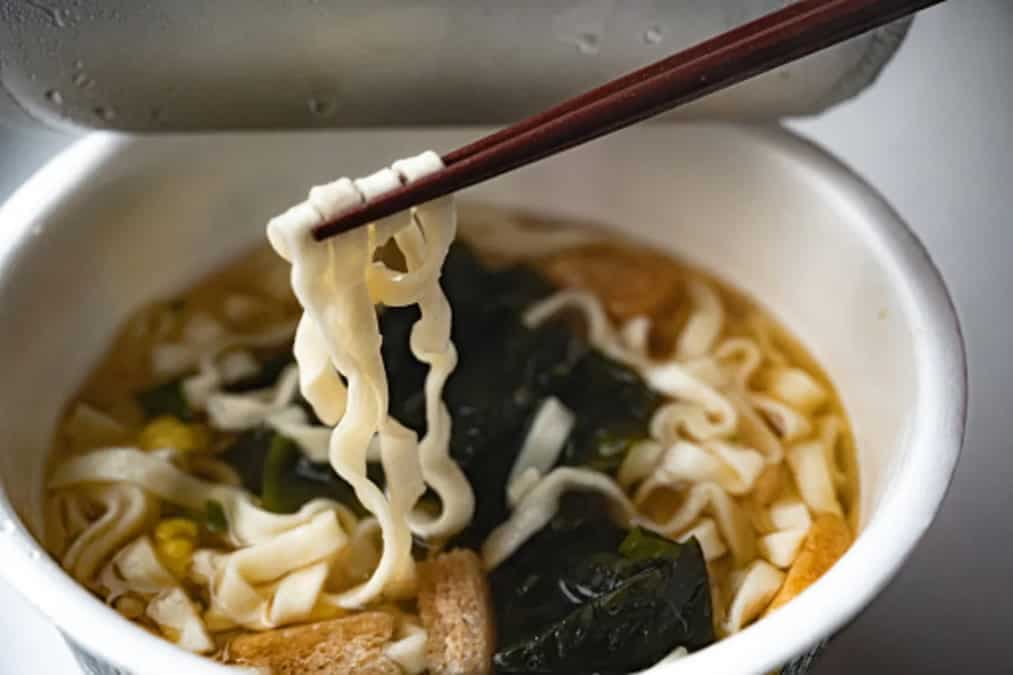 In many Asian countries, noodles are the most common snack, and their worldwide popularity is proof that we are not getting over our obsession with noodles anytime soon. Humans have been eating noodles for a long time, there are also so many different versions to choose from, making each noodle unusual and unique in its own way. Udon Noodles is one of them.

Udon is a popular type of noodle that originates in Eastern Asia. Udon is not like other noodles;  it is made up of wheat flour and is very thick in dimension. It goes well with either hot or cold preparations, and it tastes great either way. However, the main point of contention surrounding this Udon noodle is its origin. It is often debated whether it is Korean or Japanese in origin. So let's find out, the history of Udon.

Udon was created in Japan and is widely recognised as a Japanese dish. It is well-known in Japan as a comfort dish for the Japanese people. A monk apparently brought wheat milling technology from China to Japan around 124 AD. This therefore aided in the production of Udon noodles, which were the ideal diet for the locals at the time. Slowly, the milling process expanded throughout Japan, making Udon a fairly simple noodle in every section of the country. Today, practically every restaurant in Japan serves Udon noodles made in both traditional and modern ways. However, the broth in which the noodles are served can vary depending on where you are in Japan. There are a lot of noodles in Korea, an udon is one of the noodle options. They have their own Korean-style Udon noodle soup in Korea. Many Japanese-themed eateries in Korea, snack bars, such as Bunsikjip, and street stalls, such as Pojangmacha, are well-known for their Korean-styled Udon noodles.

However, unlike the Japanese pronunciation of Udon, Udon in Korean is referred to as Udong. It's also known as Garak-Guksu in some parts of Korea, which means 'thick noodles.' The traditional Japanese Udon and Korean Udong are quite similar. Kake udon is one of the most traditional ways of presenting udon noodles. Kakejiru is a basic stock made with mirin, soy sauce, and dashi. Clean and simple, this dish is frequently served with chopped green onions, grated ginger, and chilli flakes or shichimi spice mix, if desired. It can be made more sophisticated by adding tempura, meat, veggies, and other ingredients.

This delicious summer dish is made by stir-frying udon noodles with sliced meats or veggies in a hot wok. Carrots, cabbage, prawns, and pork are all popular options. During the cooking process, a barbecue sauce is poured, and the Yaki udon is then topped with the zing of pickled ginger and bonito flakes.

The traditional udon soup from Kyoto is likewise named after an animal. Tanuki is a Japanese word that refers to a racoon dog. Thick udon noodles and a thick broth with plenty of ground ginger and green onions make up this meal. It's also served with the leftovers from frying tempura, which give the soup a pleasant crunch.

The name alluded to how filling this udon meal should be. Stamina udon is cooked with meats like pig, shrimp, or chicken, as well as vegetables like carrots, cabbage, and green onions, and should be extremely healthy. It comes with a tsuyu dipping sauce on the side and can be topped with a fish cake or even raw eggs.

This dashi broth udon noodle soup is delicious, especially when topped with fried tofu. Kitsune is a Japanese word that means "fox," and there are several explanations as to how this dish earned its name. Who knows if it's because aburaage (deep-fried tofu pouch) is a fox's favourite food or because some folktales claim aburaage is a fox's favourite food. Kitsune udon can be served hot or cold, depending on the season. It has thick udon noodles, a clear dashi broth, and soy, mirin, and sugar-seasoned aburaage.

Thick udon noodles are topped with crunchy tempura bits and served in a steaming hot soup (either kakiage or shrimp). Because of the dashi, soy sauce, and mirin, the broth is simple and flavorful, with rich umami characteristics. To add even more depth, top with fish cakes, scallions, and shichimi spice.

Ramen Vs Udon: Key Differences Between The Two Popular Noodles