This practice dates back hundreds of years; let us tell you more about it. We all take our tea moments seriously growing up in India, whether it's morning chai or evening chai, chai lovers can't really function without their daily cuppa in a day. But chai isn't just popular in India; England, too, has a sophisticated tea culture, dubbed "high tea.

Anna, Duchess of Bedford, a personal companion and close friend of Queen Victoria, is said to have invented high tea. According to some sources, she disliked the long periods of time between lunches and dinners, and she felt hungry throughout this period. So, she herself invented a small ritual of tea time which included teas, pastries, scones and small finger sandwiches. She told her servants to bring her the meal in private so that her secret remained hidden. But after some time, this secret no longer remained a secret and other people in her royal court started taking part in this small ritual as well. Soon, this high tea ritual started spreading to the whole country and was liked by the majority of people who agreed that the time between lunch and dinner was long enough to make someone hungry. 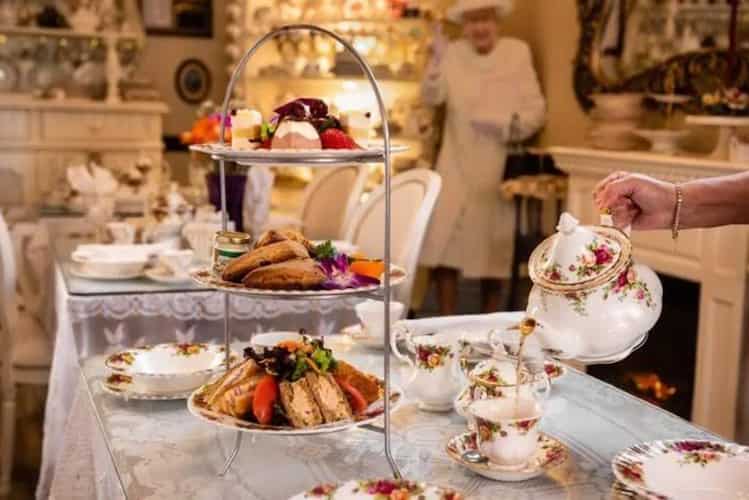 This was a brief history of high tea, and since then, it has become popular not only in England, but also in other areas of the world. Many individuals look forward to this time of day now.

High tea is still popular among English nobles and upper-class citizens. Some people like to do this practice in the afternoon, while others prefer to do it in the evening.

What exactly does this ritual consist of?

Teas like strawberry, earl grey and chamomile are the most popular options but some people are replacing tea with black coffee and cappuccinos as well.

Foods that can be eaten with your fingers. Cucumber and egg tea sandwiches or little club chicken sandwiches are popular options. Basic cheese toasts and casseroles are also popular.

Popular tea cakes include almond cakes, strawberry cakes, and bread pastries such as scones and sweet muffins. Some people also prefer puddings.  In addition to these, some folks provide cold meats and salads.

So, what do you have to lose? Plan and prepare a high tea instead of your usual chai one day and let us know how it goes. Don’t forget to click pictures for your social media.

Planning A High Tea? Prepare These 4 Recipes To Impress Your Guests