Created during British Raj, Malabar coffee is known for its earthy taste The story behind the discovery of coffee itself is quite accidental. It is believed that a goat herder, named Kaldi, was the first to encounter coffee beans while grazing the cattle. Once the aroma of coffee beans tantalised him, there was no looking back. Today, there are several varieties of coffee in the world and the Indian kinds are no less. A lesser-known Indian coffee is the Monsooned Malabar coffee.

Also Read: How Coffee First Came To India: Baba Budan And His Beard Full Of Beans

Doesn’t the name sound really interesting? Well, the origins of this coffee will intrigue you even more. History suggests that this coffee was devised during British rule in India. The European sailors were passing through the Cape of Good Hope with their packed coffee. Since the journeys on sea lasted about four to six months, the packed coffee beans changed colour and texture by coming in contact with the wooden cargo as well as the moisture in the air when in water. 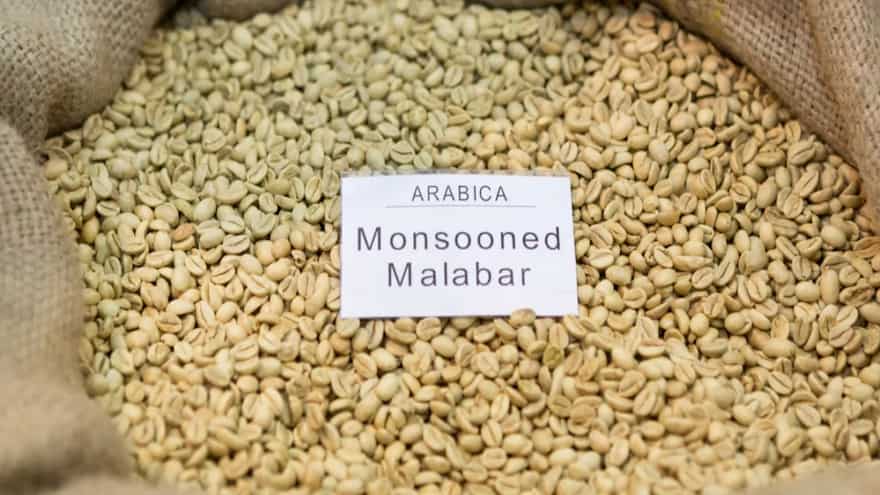 This resulted in loss of green colour of the coffee beans as well as the acquiring of a pale and rusty texture with a pungent smell. The Europeans became habitual of this heavy bodied concoction and developed a taste for it. No one knows whether what happened next was fortunate or unfortunate but the advancement in technology and transportation resulted in shorter time duration to cover a particular distance on sea.

Due to this, the coffee beans did not get sufficient time to change their colour, texture and flavour. By this time, the Britishers had become accustomed to the strong and pungent taste and couldn’t do without it. This is when the Malabar cultivators came into play. To replicate the flavour of the coffee that the Britishers were craving for, these coffee cultivators devised a new technique called monsooning.

For the unversed, this technique involves a series of steps in which the sun-dried coffee beans are subjected to a variety of conditions that are required to age them. Firstly, they are spread out on cemented floors. Then, they are stored in jute bags with a passage for the monsoon winds to flow through. Next, the tropical winds carrying moisture from the Arabian sea are brought in contact with the coffee. The same batches of coffee beans are repeatedly exposed to these steps at least thrice before beginning the next one.

What is fascinating to note here is that the coffee beans swell up due to the fermentation process and end up doubling in size while losing their acidity. These beans are then polished, packed and sent for export. Largely, two coffee bean varieties have been subjected to the method of monsooning since they are best suited for these stimulated conditions. These include Robusta and Arabica.

Given the great historical origins of the Monsooned Malabar coffee, it comes as no surprise that the two Indian varieties of coffee were granted the GI tag in 2008. Even today, the same process is followed and Malabar produces aged coffee in large quantities to meet the export demands of Europe and US.

Bebinca, a Goan sweet, might get a GI tag

What the recent GI tag means for the future of makhana

Have You Tasted These GI Tagged Dishes From Bengal?