Chaga might not look much pleasing but while it comes to taste it will not disappoint you. 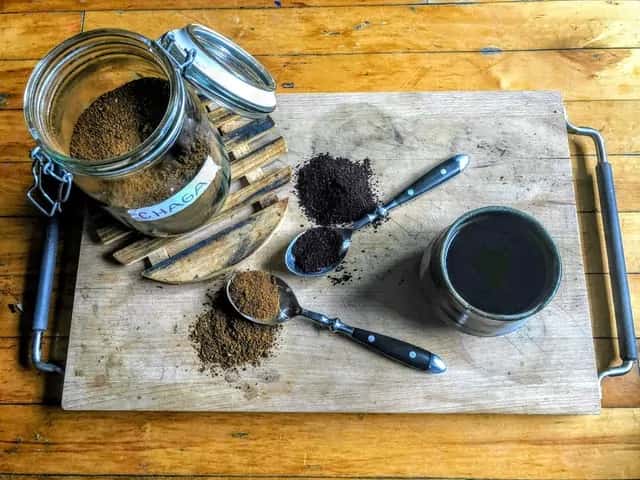 Tea is almost like a religion. Most of our day starts with tea and every conversation is also circled around this drink. Tea has seen much evolution and in today’s time where we see a wide variety like Oolong Tea, White Tea, Pu-erh, Yellow Tea, Herbal Tea, Black and more. One such unique variety is Chaga Mushroom Tea. This wild mushroom has been used as staple for years in traditional Eastern medicine. Chaga might not look much pleasing but while it comes to taste it will not disappoint you. And when broken and mixed with tea it tastes much better with earthy notes. What are Chaga mushrooms?

If you are looking for Chaga mushrooms, don’t look down but look at the sides of birch trees. Found in hardwood trees, this mushroom is winter special. Nothing many know that this Chaga mushrooms are much popular in the indigenous Siberians region where Chaga has been popular for more that thousands of years. They grow is an extremely freezing temperatures. The word In “Chaga” come from old Russian word ‘czaga‘, which means mushroom. It was around 16-17th century that the healing benefits of this mushroom was recognized and was even put down in medicinal texts. Called as the "Gift from God" or the "King of Herbs,", chaga has been used in Chinese medicines since ages. In Siberia drinking Chaga tea had been a daily affair since ages. The uniqueness and the speciality of this mushroom is that it packs itself with much biologically active chemicals which helps it survive those Siberian harsh winters. Chaga teas are known to feature the mushroom alone or in combination with some other herbs. This mushroom is also available at many medical stores  as a capsuled supplement.

Chaga being one of the extracted species of mushroom, the extraction process needs to be done in a much careful way. Chaga’s medicinal benefits are known across continents. Rich in fiber and essential nutrients this one also has vitamin D, iron, magnesium, potassium and more. As a potent antioxidant, Chaga is known to fight the free radicals in the body. Researchers show that this one has been proved beneficial for the treatment of cancer. Chaga has also been known to treat liver disease, diabetes, lower blood sugar, reduce blood pressure stomach pain and more. Though the use of this mushroom dates back centuries back but till date the benefits have been much acknowledged and are used in tea and also used in skincare.

With the international boom that this mushroom has seen the tea is surely taken the world in a big way.

Is Honey Mushroom Edible or Toxic? Let’s Find Out

The Forbidden Fungi: Why Did Ancient Pharaohs Relish Mushrooms While Common Public Couldn't