Golgappa vs Puchka vs Panipuri: The Never-Ending War

No matter by which name they are called, these spicy delights are going to stay are favorite! Golgappa is not a word but a feeling for thousands of foodies. It is the most common street food that could be found on every corner and nook of a city. No matter how much we have it, we can never have enough of this amazing spicy delight. Being one of the most popular street foods all over the country, Golgappas have been loved for generations. But its numerous versions have always ignited a debate about which one is better. But we all know deep in our hearts, that no matter in which state, it is delicious.

Golgappa or Panipuri or Puchkas are hollow puris filled with delicious filling and flavoured water. We really can’t pass by a golgappa stall by ignoring the delectable scent of this amazingly delicious street food. There is no particular story about its invention but still, the one who did might have gone to heaven.

Among many stories around its origination, one states that during the era of Mughal Emperor Shah Jahan, a cholera outbreak had prevailed, forcing the people to end up having boiled water that didn’t taste nice. So, to improve the flavour of the water, some spices and herbs were added to it and this was when pani-puri came into existence. Some believe that this popular snack was born in the kingdom of Magadh while some say that Pandavas’ wife Draupadi was the one to originate it. As per some Hindu beliefs, when Draupadi was a new bride, her mother-in-law Kunti asked her to cook something with left-over Sabji and dough that would satisfy the hunger of her all five sons. This was when Draupadi invented pani-puri. Though we have known some stories about its origin, let us see what this delicious delight is known in different parts of the country.

In Maharashtra and Andhra Pradesh, this famous snack or street food is known by the name pani-puri. It has a filling of boiled chickpeas, boondi, and even sprouts. It is served with tangy and spicy water.

This snack is known by the name golgappas in northern areas like Delhi, Punjab, and Haryana. The golgappas have a filling of boiled potato with pudina and Jal-jeera flavoured water. The hollow water puris are generally available in two types, one is made up of aata and the other is made up of suji. The flavoured water is mostly served chilled. 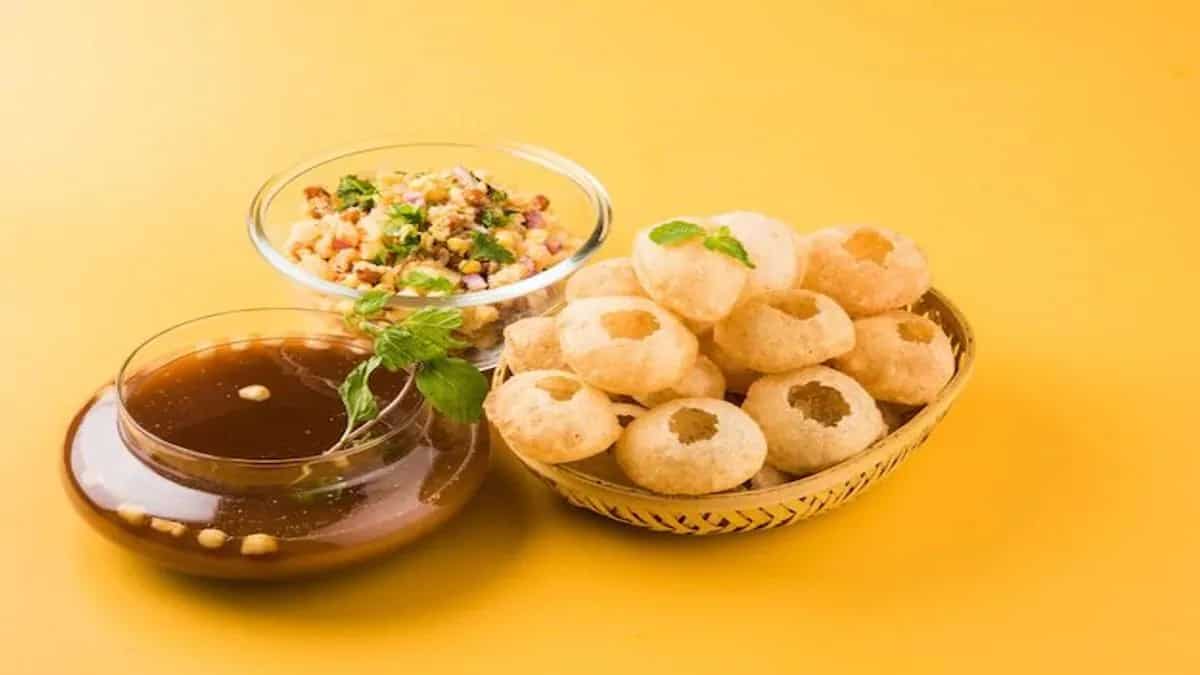 In Assam and West Bengal, the snack is called puchka or puska. Here also, it is filled with boiled potatoes, spices, chilies, and the most important ingredient tamarind pulp, which elevates its taste to the next level.

Gupchup is a much lighter version of Golgappa filled with boiled potatoes, chilies, tamarind pulp, and jal jeera. It is usually on a spicier side and is known by the name in the states of Chhattisgarh and Madhya Pradesh.

Bataasha or pani ka baatasha is a popular name for this snack in Uttar Pradesh. This too has potato filling with spicy water. You also get variations in water flavours such as garlic water, hing water, tamarind water, pudina water etc.

After learning all these names, let us appreciate this amazingly delicious spicy delight and thank the one who invented it. Also, the next time when you are having golgappas or pani puri, don’t forget to take EXTRA PAPDI!!

Viral: With 30 Unique Flavours On Offer, This Golgappa Vendor in Nagpur Is Making Netizens Drool