From Old Fashioned To Sidecar: 5 Cocktails That Have History Behind Them

Some drinks have interesting origin stories behind them, ranging from bartenders having made them for certain customers to some being created for their warming properties. Cocktails are known for brightening up evenings out with friends and also for their charm that goes beyond what straight up drinks offer. Some drinks have interesting origin stories behind them, ranging from bartenders having made them for certain customers to some being created for their warming properties. We tell the stories behind five such cocktails:

True to its name, the Old Fashioned is deemed one of the oldest alcoholic drinks. Historians claim that the drink was first developed at the Pendennis Club in Louisville Kentucky in the 1880s. It is believed that the old fashioned was drunk as a response to the withdrawal of the 25th mayor of New York and former Democratic candidate for the U.S. Presidency from the United States Presidential election. The recipe for the cocktail was also brought to the Waldorf Astoria Hotel bar in New York by bartender James E. Pepper.

British sailors promoted and drank the Gimlet in the 19th century as a way to ward off scurvy. The drink was first recommended as a cure for the disease by Sir Thomas Gimlett, a naval doctor. It was suggested because lime juice was difficult to drink on its own and the addition of alcohol like gin made it more palatable. Harry MacElhone, bartender at Harry’s New York Bar in Paris, was known to have published the first printed recipe of the gimlet in his book Harry’s ABC of Mixing Cocktails in 1923.

The Sazerac can be traced back to 1838, when it was created on Royal Street in New Orleans. Antoine Peychaud has been credited with the invention of the drink. It is believed that he served the blend to fellow masons in an egg cup, also known as a coquetier, which people think was the root of the word ‘cocktail’. The cocktail itself, however, was named after the brand of cognac used in it: Sazerac de Forge et Fils. These days, whiskey like rye or bourbon is used instead and the drink is garnished with a lemon peel. The Manhattan is believed to have been created by a man named Black at Hoffman House in New York City. Another story goes that it was invented at a political event in the Manhattan Club in New York for Winston Churchill’s mother. However, the recipe for the old favourite has been claimed by The Manhattan Club. Its earliest written records can be found in William Schmidts’ 1892 book The Flying Bowl, which lists absinthe, whiskey, gomme syrup, bitters and vermouth as the main ingredients of the drink.

It is believed that the Sidecar was created in either London or Paris near the end of World War I. The story goes that an American army captain often visited Harry’s New York bar in Paris, where he reached in the sidecar of his friend’s motorbike. He ended up ordering a warming drink on a cold evening, and was served a glass of cognac, but with cointreau and lemon juice. That’s how the Sidecar came into existence. Other theories say that the cocktail was born in New Orleans as a different take on the Brandy Crusta, which uses brandy, lemon juice, curacao, and bitters. 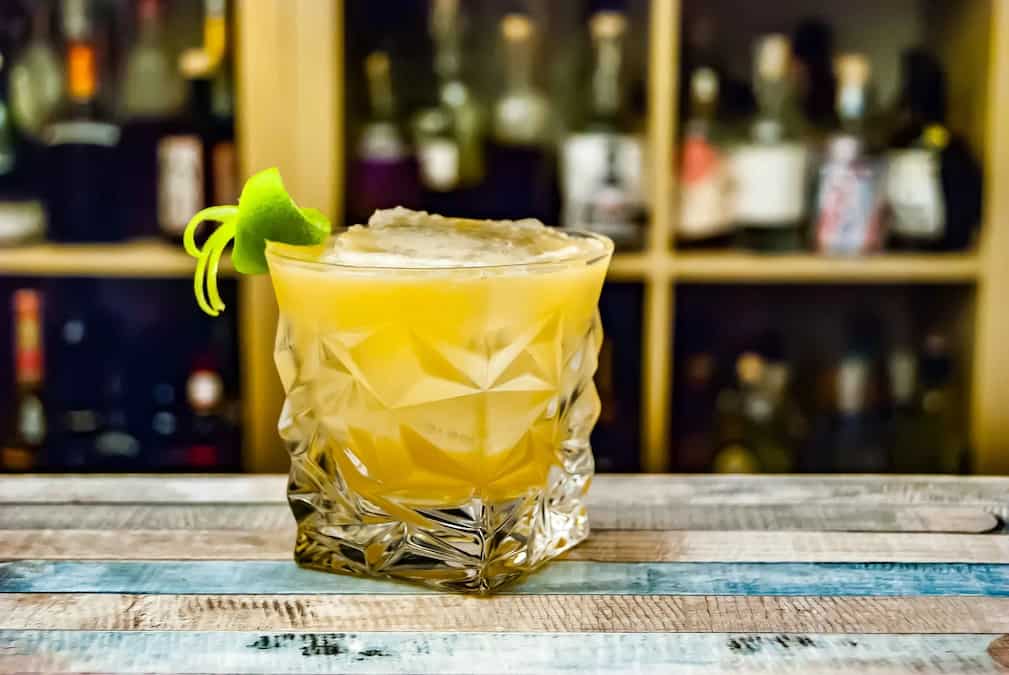 Five Cocktails That Have Been Named After Famous People

7 Most Popular Cocktails In The World