From Mimosa Muthaly To Mutton Sambhar, The Flavours If Pondicherry's Franco Tamil Cuisine

The Franco Tamil Cuisine is a fine example where the Indian and French sensibilities combine. When we think of Indian cuisine there is no dearth of variety and taste and flavours. And when we think of the South of India, let’s get this clear that it’s just not about idli, dosa and fish. The Southern part of India sees four regional styles - Tamil Nadu, Kerala, Karnataka and Andhra Pradesh and these states in themselves have a huge culinary lineage and history. The interesting part is most of these states some or the other sub cuisines which sees the influence of several castes and communities giving birth on the rich culinary heritage. Most cuisines see age old techniques and also use of traditional Indian spices too.

One such cuisine is Pondicherry's Franco Tamil Cuisine. Puducherry or Pondicherry which has been French colony for years, today happens to a famous tourist spot with laid back colourful streets and European architecture. With ample cafes and places to eat that wither serve French cuisine or even local Tamil cuisine, Puducherry is a fine example where one can get a taste of Franco Tamil Cuisine food and culture. The French left a strong culinary legacy.  The Franco Tamil Cuisine is a fine example where the Indian and French sensibilities combine. Dishes like puyabaisse (bouillabaisse) and saladu (salad) are great example of dishes that have been localized from French. 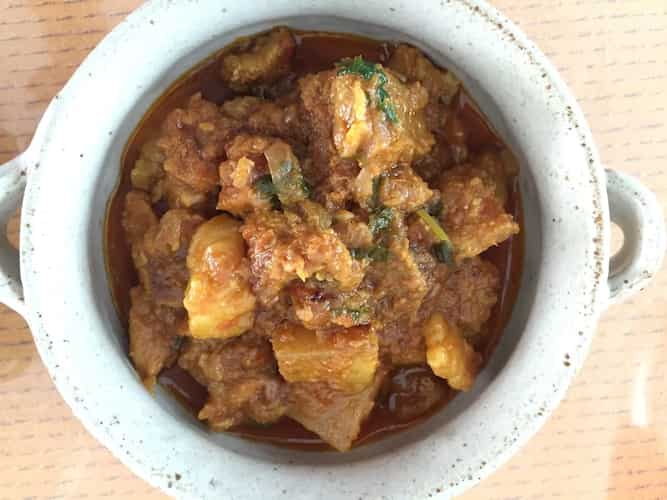 The Indo-French cuisine sees a mix of variety if spices and the vinegar is used as a souring agent mostly in place of tomatoes or tamarind.  Curries are not much spicier as seen in authentic Tamil plate and though at times coconut milk is used a base. The cuisine sees a lot of seafood like fish, crabs, prawns and more along with the use of chicken or seafood stock in cooking.

Dishes like Meen Puyabaisse (a seafood soup that sees small chunks of murrel fish) which has a much distinct fishy flavour or Urlai Kola Urandai, a potato dumpling or the Kassa Kassa Kola Urandai or the Kothina Kari Pulliperattal, Mutton Sambhar are some of the prominent dishes on the menu. the Meen Puyabaisse happens to be a local and Indianised version of Bouillabaisse, a seafood broth from coasts of France. 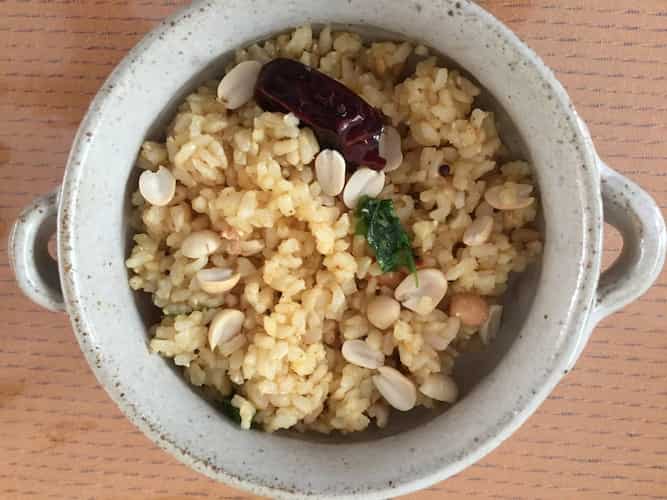 Many French cuts and meat were incorporated in Indian cuisines with some more spices and flavours to suite the Indian palate. The locals who had been working in the French kitchen during the colonial times could be credited with the use of spices and seasoning to French sauces, just like the the French Bouillabaisse that took the shape of Meen Puyabaise, where prawns are cooked in a spice-infused tamarind sauce in coconut milk. The mild curry surely suited the French palette. The minimal use of spice is a much seen characteristic of Pondicherrian cuisine. Pondicherry Cake and Coconut Baguette makes it to the list of local desserts. This cuisine that isa cross between Tamil and French flavours makes it much unique and hence stands out.

For those visiting Pondicherry/ Puducherry and want to experience the Franco Tamil Cuisine, Chez Pushpa hosts 'Table d'hote' experience in Ariyankuppam in Pondicherry. She learnt the intricacies of this cuisine from her mother-in-law.

Cutchi Memon; A Lesser-Known Cuisine From The Kutch Region