A lot of local Indian drinks use rice as the main ingredient and fermentation as the main process of production. India may be known for its food more than its alcohol, but certain states take pride in producing local alcoholic drinks. A lot of these use rice as the main ingredient and fermentation as the main process of production. These drinks contribute to the drinking culture in India and are particularly revered by tribes. Here are six local alcoholic drinks from India that are made with rice:

Native to Himachal Pradesh, lugdi was popularised by Ranbir Kapoor’s character in the Bollywood film Yeh Jawaani Hai Deewani. Made by soaking rice grains for a few hours and then fermenting them in a warm room, the drink is considered Manali’s local beer. It is mainly a summer drink as warm weather allows fermentation to occur more easily. However, it is also stored for the winter when people need something to keep the cold at bay.

Sekmai yu or yu is made with sticky rice that’s produced in Manipur. The rice used in the making of the drink is unpolished and the other ingredient that’s used is dry disks made of wild creepers. The mixing of both is a tedious process, after which the mixture is transferred to a basket, left to ferment for a few days and then distilled. Women from the Lois community in Manipur are known for making sekmai yu, which forms an important part of their livelihood.

Mainly served at social events and gatherings, kiad um also forms a part of religious ceremonies in Meghalaya. It is offered to Gods and a few drops are even fed to babies during naming ceremonies. The drink is made with kho-so or local sticky red rice and medicinal plants. A sealed basket is used to ferment a mixture of the two. Then, it is boiled. Bamboo tumblers are used to serve Kiad Um, sometimes with a piece of charcoal at the bottom, which ensures the flavour of the drink remains intact. 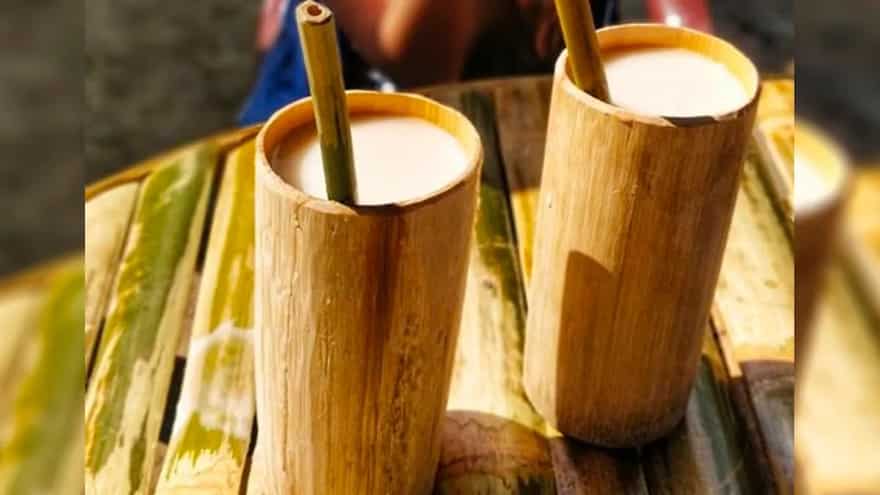 Zutho hails from Nagaland and is often compared to sake. It is made using sprouted rice and has a characteristic fruity aroma. Most tribes in Nagaland consume the drink but it is especially a staple of the Angami Nagas. It is believed that zutho has medicinal properties and is given to those who lack stamina. The drink goes well with meat like pork, beef and mutton, and is a mainstay at the Hornbill Festival that’s held in Nagaland every December.

Assam’s Mishing tribe is known for making and drinking apong, but the drink is also popular in Arunachal Pradesh. Much like other rice-based drinks from around India, it is made using a fermentation process and can be traced back to Chinese descendants of the region. There are two varieties of the drink: a white version called ‘nogin apong’ and a dark green version called ‘poro apong’. Of the two, poro apong is more arduous to produce.

Bihar, Odisha, Jharkhand and Madhya Pradesh are known for handia, which is a kind of rice beer. To make handia, a mixture of boiled rice and tablets that contain about 25 herbs is fermented. The herbs are believed to act as painkillers and locals often consume the drink for this reason. Different tribes also consider the drink to be auspicious and so it forms an important part of their culture.