From Karachi To Bombay, Tracing History Of The Ever-So-Delish Karachi Halwa

Karachi Halwa does not tick most of the boxes, you generally tend to associate with a typical Halwa and yet, it has been one of the most successful cross-border imports of modern history.

The mere mention of halwa can fill up a desi heart with emotions indescribable. Be it the comforting and simple Suji Ka Halwa that our grandmothers often made whenever we craved for something meetha, or the arduous Gajar ka Halwa that would get your entire family to grate a bundle of carrots, every halwa has a story, and here’s one of the Karachi Halwa and its journey.

While it is difficult to imagine Indian cuisine without Halwas today, the sweet pudding-like dish is actually not of Indian descent. They are not only known to have Turkish roots, they happened to arrive in India via Central Asia, somewhere after the 13th century. Traces of the same have been found in literature published during the era of Delhi Sultanate. A few centuries down the line, Halwa donned an Indian garb. Indian sweetmakers experimented with several ingredients and many variations of Halwa came to the fore. Most Halwas, whether it is suji, moong dal, or gajar have a consistency akin to prridge, it is extra velvety and luminous owing to the copious amounts of ghee added, but it is still soft enough for you to run the spoon around. Karachi Halwa, on the other hand, looks like a block of jelly, and when you cut a chunk of it with a spoon, it has a semblance of sweet, chewy candy and when you go closer to take a whiff, it can give the most decadent desi barfis a run for their money.

Karachi Halwa does not tick most of the boxes, you generally tend to associate with a typical Halwa and yet, it has been one of the most successful cross-border imports of modern history. Deep brown or orange in colour and loaded with nuts, Karachi Halwa is also known as Bombay Halwa by many. It is said that the Halwa was brought to Bombay from Karachi, after the partition.

Chandu Halwai Karachiwala is an iconic sweetmeat shop in Mumbai today, however, it was originally established in the year 1896 in Karachi. The owners, like a slew of other halwais moved base to Bombay after the partition of India and started making this unique Halwa that struck a chord with people on this side of the border too. These Halwais, brought a bit of their home here in form of these traditional sweets, and with time, Karachi Halwa also gained currency as Bombay Karachi Halwa or Bombay Halwa, owing to its growing popularity in the city of dreams. It is said Chandu Halwai’s food was also sent to the refugees taking shelter in camps, and the owner refused to take any payment for the same.

One can also make Karachi Halwa at home, but it is a feat that requires sharp skills. Corn flour gives bulk to the Halwa and ghee offer shine and texture. Flour is mixed with water, sugar syrup, ghee, nuts, and cardamom powder until it attains a jelly-like consistency. A tinge of food colour or saffron brings the dessert alive. Pour it in a deep container, and chomp away.

Here’s a detailed recipe, let’s see if you can recreate the magic at home. 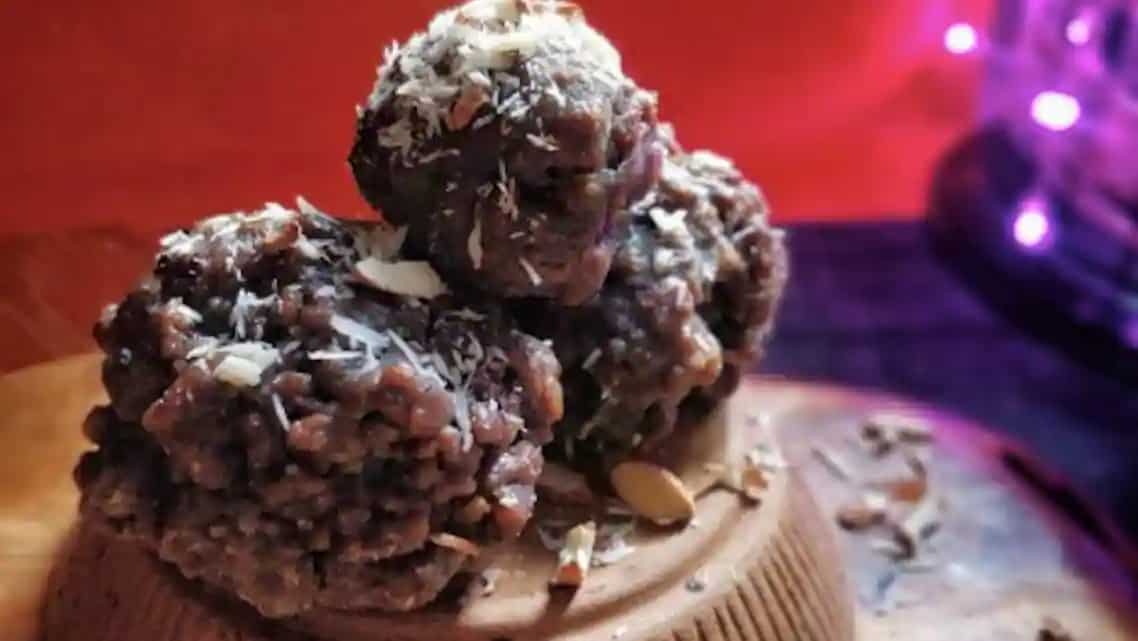