From Jeolpyeon To Sirutteok: 4 Different Types Of Korean Rice Cakes

Check out the types of Korean rice cakes and know what's the difference between them. Rice cakes, often known as tteok, are the most popular traditional Korean treat. Korean rice cakes are delectable balls of pure joy made from rice flour and a variety of other grains. Making a Korean rice cake is difficult. Rice cakes were traditionally made by grinding grain, gently adding water, and beating the resulting dough with a long wooden stick for hours. It was a difficult task. The majority of people nowadays purchase rice cakes from local supermarkets or small stores. Rice cakes come in a variety of flavours and there are no poor choices. Korean rice cakes are divided into four groups based on the technique of preparation. Steamed, pounded, shaped, and pan-fried are some of the options. Red bean, mung bean, roasted soybean, mugwort, honey, and chestnut are common additions to Korean rice cakes.

Pounded steamed rice is used to make jeolpyeon, which has a smooth and flexible texture. Other ingredients can be added while the rice is steaming, mixed in with the rice as it is pounded, or added after it has been pounded to give texture. Wooden trays or stamps are occasionally used to shape this sort of rice cake.

Garaetteok is a form of pounded tteok that is usually popular. A steaming mixture of non-glutinous rice flour and water is used to make garaetteok. It was rolled into long, cylindrical cylinders in the past. Today, a machine pounds and extrudes the rice cake. The finished result is either cut into inch-long pieces for tteokbbokki, spicy rice cakes, or thinly sliced for tteokguk, rice cake soup, a traditional Korean Lunar New Year dish. 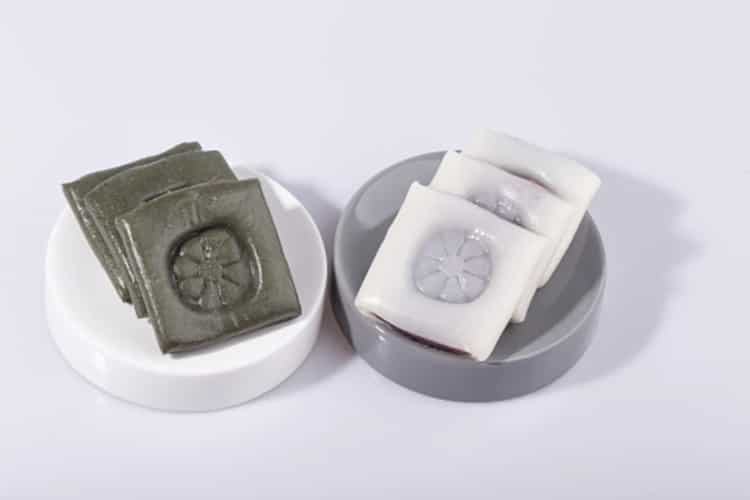 Flower pancakes are directly translated as hwajeon. Pan-frying batter composed of glutinous rice flour, water, and sugar is used to make the sweet spring delights, which are then garnished with edible flowers such as Korean azalea, and chrysanthemum, or rose petals. Rice is the major ingredient in sirutteok. Before adding water to make a dough-like mixture, the rice is ground into fine rice flour. Other components that can be utilised include delicious red beans, seeds, cereals, and/or nuts. Before steaming, the other ingredients are cleaned before being layered into the rice flour mixture. This sort of tteok is typically chopped into rectangular pieces for sharing. When you bite into it, it has a peculiar texture that feels quite soft.

Sirutteok with sweet red beans is commonly found on ceremonial tables, while mujigaetteok, or rainbow rice cake, was originally used for celebrations such as weddings and birthdays. 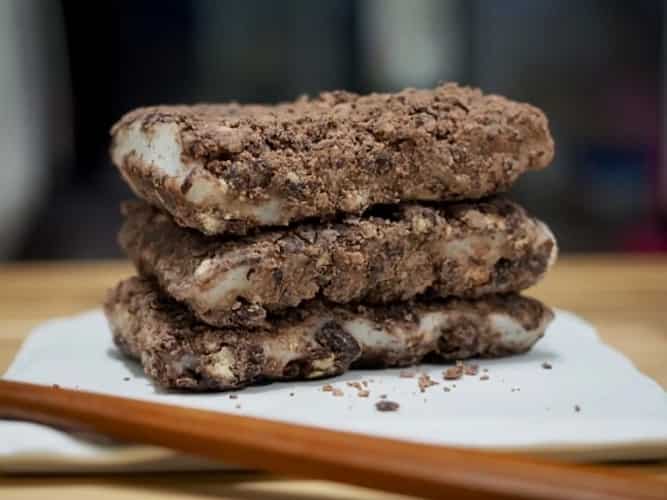 Gyeongdan are round, bite-sized delicacies that were traditionally served and eaten at special occasions such as weddings and first birthdays. Before boiling, a mixture mostly consisting of sticky sorghum flour or glutinous rice flour is formed into little balls. Honey, crushed nuts or beans, or cinnamon powder are all used to completely cover the boiling rice cakes. During a joyful event, the small rice cake balls are embellished with various bright ingredients to reflect elegance and delight. 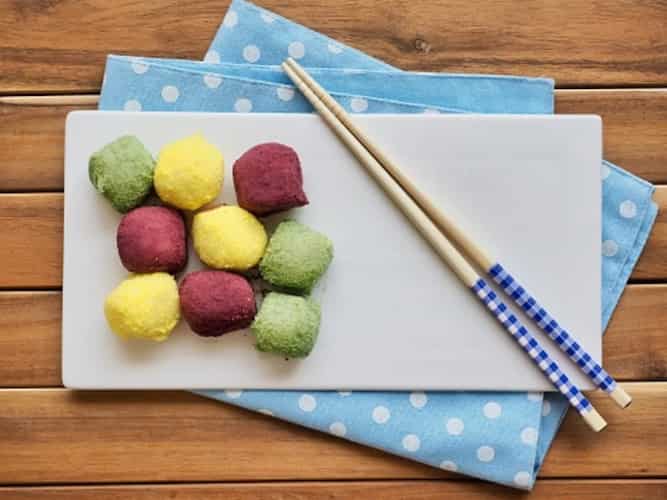 You may visit a traditional market in Korea to learn about the different types of tteok, or go to a folk hamlet in Korea to see how tteok was originally cooked.

Rice Cakes: The History Of The Popular Snack