For The Sake Of Sake, Know These Local Japanese Brews The culture of Japan is renowned for being modest, traditional, and quiet. As a result, alcohol is seen as an introduction by the Japanese in both social and professional scenarios to reduce bombast. Here is a helpful guide to Japan's vibrant drinking tradition, which ranges from fruit liqueurs like umeshu to a brew that is similar to beer called happoshu. Cheers (kanpai) to these regional beverages.

It is typical to serve one another when partaking in alcoholic beverages rather than serving yourself. You should frequently check on your friends' glasses and refill them if necessary. Similarly, if you want someone to serve you, you should drink to clear space in your glass if it's already full, hold it up as they pour, and then take at least one sip before setting the glass down.

Sake is one of the oldest alcoholic beverages consumed in Japan and is frequently referred to as the country's national drink. High grade polished sakamai rice, water, yeast, and a mould called Aspergillus Oryzae are used in the brewing process. Depending on the quality and brand, sake is either served warm or cold. The ceremonial beverage is served in tiny cups known as "guinomi" or "choko." Another traditional Japanese drink is shochu, however unlike sake, shochu is distilled. Although several grains and vegetables are used to prepare the hard liquor, sweet potatoes, buckwheat, barley, rice, and sugarcane are the most often utilised basic components. Each of these gives the finished product a distinctive flavour. It can be sipped neat, on the rocks, chilled or warm, blended with soda or water, or combined with other drinks to make a cocktail.

The Japanese alcoholic beverage chuhai is available at local grocery stores and supermarkets. It is a canned drink made from soda, fruit juice, shochu, or any other type of distilled alcohol. It has a low alcohol concentration, is available in a variety of flavours, and is particularly well-liked by Japan's younger population.

The oldest distilled spirit in Japan is awamori, which is exclusive to Okinawa. It is prepared by fermenting rice with black koji mould, water, and yeast and is thought to be shochu's ancestor. The fact that this alcohol is matured in clay pots gives it a distinctive flavour. Awamori who are older than three years are known as "Kusu." Awamori is most frequently consumed with ice and water, but it can also be enjoyed on the rocks or blended with a cocktail. 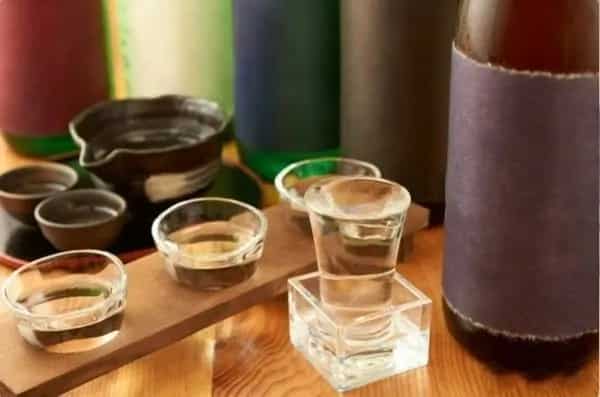 Umeshu, which means "ume alcohol," is a well-liked liqueur in the nation. It has a distinctive sweet-sour flavour and is produced by steeping "ume," a tart kind of unripe Japanese plums, in shochu and sugar. It's simple to make this alcohol at home. You can drink it straight up, on the rocks, with ice cubes, water, or even green tea.

Happoshu, sometimes known as mock beers is a popular drink in Japan. Because alcohol in Japan is taxed according to its malt level, the drink has a very low malt percentage and is inexpensive. In addition, it contains starch, soybeans, and corn. It is a cost-effective substitute for beer that can be found at practically all supermarkets.

Some of the exotic fruits that are native to Japan are utilised to make fruit liqueurs. Yuzushu is one of the liqueurs. Yuzu, a type of Japanese citrus fruit, is used to make it by infusing sake or other alcoholic beverages with its flesh and peel. It is praised for both its tart flavour and citrus fragrance. This liquor can be consumed neat, mixed into a drink, or with soda water.

Another locally produced fruit liquor is Midori. Yubari melon and muskmelons are added to a neutral grain spirit to create the strikingly green sweet liqueur. Although it can be enjoyed on its own, bartenders frequently use it as an ingredient in cocktails.

Tracing The Local Brews Of Europe