From Chicken to Cheese, here are some of the foods that are recommended to eat while following a Ketogenic diet Of late everyone’s interest in Keto diet and Keto foods has risen quite a bit. In fact, Keto has become a food trend in 2022. The Ketogenic diet refers to a high-fat, low carb and adequate protein diet. The logic behind taking this diet is that this diet forces our bodies to burn fats rather than burning carbohydrates. Studies have shown support and given proof that people have lost weight and improved their health by taking up this diet. Conversely, there have also been cases of people losing out on good health because of a Keto overdose. It is advised to consult a certified nutritionist or health professional before you attempt to indulge in the Keto diet. The Keto diet also involves eating particular types of foods over others. For example it omits almost all forms of carbohydrates and replaces that with fat. This puts the body in to a state called ketosis which makes the boddy efficient at burning fat for energy. Here are some of the foods that are recommended while following a Ketogenic diet:

Seafood such as fishes, crabs, shrimps etc are eaten widely when one is on a Keto diet. As seafood is almost free of carbs, it makes for an appropriate Keto meal. Seafood is also quite nourishing as it contains vitamins and minerals. Fatty fishes that contain omega-3 fats are also good for your heart health. Omega-3 is a much needed ingredient for our health and since the body can not produce it, we have to rely on dietary sources to consume it. As shellfishes like shrimps and crabs contain negligible carbs, they are the most preferred foods for Keto diet. Some other fishes like oysters and octopus do contain some carbs, however one can still relish them while on a Keto diet, if one is watchful that the total carb intake remains within prescribed limits. 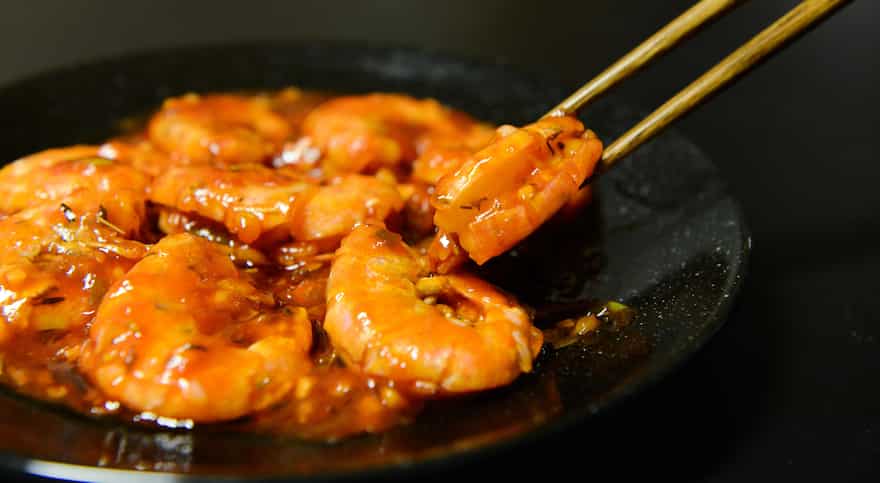 One of the reasons that the Keto diet became popular amongst foodies was because fried poultry and meat were considered to be an important part of Keto meals. Chicken and eggs are a high source of protein and do not contain significant amount of carbs. Many recipes that are specially made for people who are on a Keto diet involve the use of meats, eggs and butter - which are collectively, ingredients for a yummy meal. Protein rich chicken can also help you to make up for all the muscle mass that you otherwise lose out on while avoiding carbs. An added advantage while eating eggs is that, just like peanuts, it has the quality of making you feel full. Another point at which foodies get attracted to the Keto diet is that while many diets ask you to avoid egg yolks, Keto diet encourages having it. To the delight of many foodies, cheese is also allowed to be eaten on a Keto diet. A careful story of the nutritional profiles of cheeses show that most of them are high in fat while scoring very low on carbs. This makes them fit to be consumed on a Keto diet. Did you know that 28 grams of cheddar cheese can provide 1 gram of carb as opposed to 6 grams of protein? Cheese can be relished by those on a Keto diet along with chicken, or in salads.

Healthy Foods That Are Good for Your Gut

Poffertjes: The Dutch Mini-Pancakes That Are Delicious