Foodie Vicky Kaushal Yearns For This Snack While Working Out; 3 Veg Recipes Inside

Vicky Kaushal has charmed us all with his vibrant smile and deep love for food time and again. The Indian actor who is the heartthrob of millions, Vicky Kaushal has managed to carve a niche for himself in the competitive film industry with his remarkable talent. From Uri to Raazi, there are several movies which are proof of his commendable acting skills. In similar vein, we also have evidence to support the fact how big a foodie Vicky Kaushal is. Apart from trending in the news for tying the knot with a popular actress of British origin, Katrina Kaif, the Masaan actor has also allured us with his lip-syncing videos of Punjabi songs on Instagram.

Recently, we caught the actor drooling at the sight of food amidst a shoot set up and we can totally relate. The new-age actor shot a mirror video of himself in the gym. Then, he slowly panned the camera and gave us a glimpse of what was happening outside the window. We see a couple of crew members in  the lawn and a lot of hustle-bustle going on with equipment which makes us assume that it is a shoot set. Meanwhile, Vicky zooms in on his favourite thing, i.e. food. Some of the crew members are laying down plates full of food covered with aluminium foil on the table. There is one of them who’s holding plate of pakoras, as per our guess.

He adds the audio, “Mera yaar mila de” to the video and we can totally understand his craving. Wondering what we are talking about? Here, take a look. 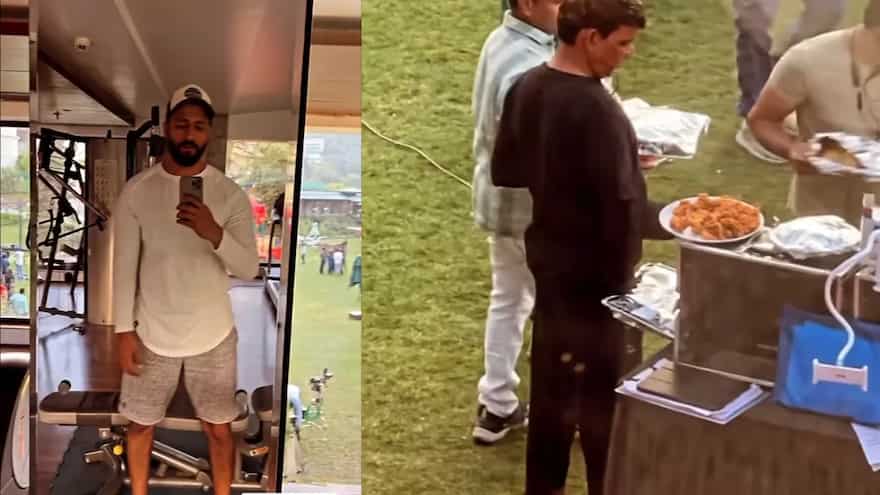 Pakoras are deep-fried Indian fritters are that usually eaten with evening tea. If you’re craving something hot and crispy like Vicky Kaushal, we bet these recipes will lift up your mood.

This crusty and flaky snack is popular in several parts of northern India. The kachori is filled with a spicy moong dal stuffing and deep-fried in hot oil. This is eaten with a side of aloo ki subzi or simply, tomato and coriander chutney.

Batata refers to potatoes in Maharashtrian culture. These crispy vada-shaped snacks are super easy to make and tasty. Filled with mashed potatoes mixed with hot spices, the vada has a circular shape and is usually what is stuffed in a vada pav too.

Tikkis, for the unversed, are cutlets which are shallow-fried and filled with vegetables as well as meat sometimes. For vegetable tikkis, peas, potatoes, carrots etc. are mashed together and the mixture is round with hands and flattened. This is then tossed in some bread crumbs and shallow-fried on a pan. Served with coriander and tomato chutney, they are filling and delicious.

Vicky Kaushal’s Humorous Take On Berries Has Us In Splits