Standing spectator to the buzz of Mumbai's railway stations, the comings and goings are its food vendors, a mini hub of activity selling everything from vada paos and bhajji paos to cream rolls, veg puffs, and idli chutney A sea of commuters descends onto Dadar platform number one as the train pulls into the station. An equal number of commuters push against the descending crowd, trying to make their way into train compartments already bursting at the seams. Amidst the cacophony, the jostling, the pushing and pulling, a woman runs to catch up with the train that is already moving; another lends a hand; she makes it into the ladies compartment, panting and laughing at the same time, celebrating this morning's achievement.

Standing spectator to the buzz of Mumbai's railway stations, the comings and goings are its food vendors, a mini hub of activity selling everything from vada paos and bhajji paos to cream rolls, veg puffs, and idli chutney. Morning commuters drown out the noise around them for a few minutes, sipping on hot milky sweet chai, just the way Mumbaikars like it. A few seconds later, money changes hands, cutting chai glass is returned, and the office goer makes a quick dash to claim his spot. If he is a few seconds too late, he will miss his seat and have to stand all the way to Andheri where his office is located. From college students to CEOs, Mumbai's quintessential vada pao cuts across classes. Hands dip into a thick besan slurry, coating balls of spiced aloo before being dropped into a cauldron of bubbling hot oil. With or without fried chillies on the side, this is undoubtedly the most popular snack at Mumbai's railway stations and across the city's streets. 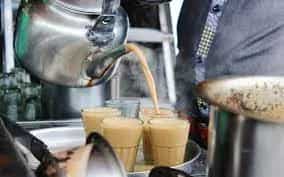 A quick cutting is just what you need to wake up and get the day started. It's the common man's elixir and the perfect conversation starter. Train friends catch up on the events of the previous day while strangers exchange a word or two about politics or the state of the economy over steaming hot glasses of chai.

Light on the wallet and the stomach, this is not just cheap but truly a healthy, balanced snack (your nutritionist would approve!) Brownie points that it's easy to eat on a moving local train without worrying about staining your clothes with chutney.

Aarey and Mumbai's railway stations are synonymous. Aarey's Energee drink, available in flavours like pineapple, kesar, and pista, is a great option to chase down a greasy vada pao. While rumour has it that the brand was set to shut shop some years ago, and there may not be as many Aarey booths around the city as yesteryears, you'll definitely find it on most platforms of Mumbai's railway stations.

The Tibbs frankie at Churchgate station is extremely popular, and at rush hour, you'll find crowds of people jostling against each other, trying to get the attention of someone to take their order. "If I need to go into town, I sometimes take the Churchgate local just so that I can grab a Tibbs frankie at the station," says Mahima with a laugh. It's packed with nostalgia from my school days". 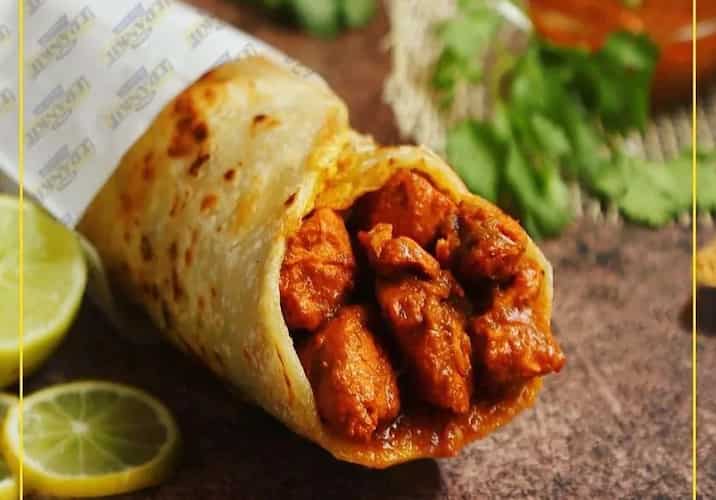 How the stall staff keeps track of every order's specifications could be a management lesson. Instructions like extra chilly, more chaat masala, with or without sauces, are shouted out by customers, and the staff keeps pace. The frankies (not to be confused with rolls) are rolled and served up just as fast as the pulse of Mumbai city.

Samosa and jalebi at Wadala station

Neelam's Mumbai local favourite has to be the samosa-jalebi combination outside Wadala station. "I'd message my train friends as soon as I boarded my train from Vashi. I often knew I would miss my connecting train from Wadala station. The silver lining was that this gave me just enough time to rush out and pack a quick parcel of samosas and jalebis from outside the station.

Unlike the aloo-chilly powder stuffing of the samosas you get on railway platforms, this one has a yummy green masala aloo stuffing, including methi, and green peas. It is bigger than the regular samosas too. There's always a huge queue outside, and you always get them piping hot because of the huge demand."

"As a kid, we used to look forward to my nana coming home from work. One thing that he used to always bring home, at least thrice a week, is the mava samosa from Grant road station", says Radhika. "It was puff-like with a sweet mava filling that had dried fruits as well. Just talking about it brings back a lot of memories."

Kebabs and falooda at Bandra station

Come, let's go to Bandra. I'll show you where to get the best kebabs", says Sanila, an advertising professional whose workplace was a stone's throw away from Bandra station. "Bandra station has always been the most important station for me because my college was there and later, my office too. We had very little time to pick up something to eat, and I was always super hungry whenever I left work or college," she adds.

"Right next to the mosque, as soon as your rickshaw stops, the aromas of the food draw you in. You'll find an entire line of kebab vendors selling kheema pao and other seekh kebabs. The seekh kebab with green chutney, lime, and onions was my go-to. I would sit and have my mini dinner on the train. Meanwhile, Yaadgar falooda, located  just outside Bandra station, was like a machine at work - churning out tens of glasses of chilled falooda by the minute."

You haven't experienced Mumbai like a local till you've been on the local trains. Literally and metaphorically, they are a space where you can truly experience the flavour of Mumbai.

Thattu Dosa To Pazham Pori: 5 Street Food To Try When In Kerala

Street Food: These Samosa Makeovers Are Here To Impress