Previous winners of the World's Best Steak/Producer accolade have included Australia and Finland, the latter of which has won three times. Given Wagyu beef's stellar reputation, many people may be shocked to find that, until 2022, Japanese steak had never won a significant award at the World Steak Challenge. That is no longer the case, as a prime cut from the Land of the Rising Sun has been named the "World's Best Steak."

According to the World Steak Challenge website, the yearly competition situated in Dublin, Ireland began awarding outstanding beef products in 2015 and has kept that practice each year thereafter, with the exception of 2020. The prizes have evolved over time, but the 2022 competition awarded gold, bronze, and silver medals for fillets, ribeyes, and sirloins, as well as the World's Best Steak/Producer title.

Previous winners of the World's Best Steak/Producer accolade have included Australia and Finland, the latter of which has won three times. Japan's victory adds some diversity and strengthens the reputation of the country's meat.

How Japan Became The Champion?

Because 2022 was the first year a Japanese contestant competed for this title, Japan is currently "undefeated" in the World Steak Challenge. Japan's winning steak originated from the Kagoshima region, which is said to provide excellent pasture due to its mild weather and ample water for cattle. Kagoshima breeds "happy cows," and their beef won the 2017 Wagyu Olympics. The winning steak in Dublin was dubbed "Akune Gold," and it received more accolades than World's Best Steak. It was also named World's Best Sirloin and World's Best Grain-Fed. 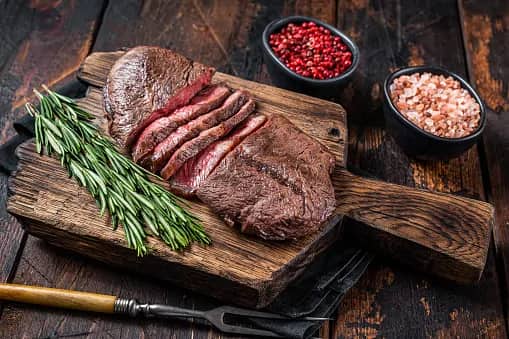 Despite the attention paid to Japan's maiden debut in the competition, Ireland received the most honours, taking home 54 medals in the 2022 edition. Australia, Northern Ireland, and Poland are among the other countries that have submitted winning cuts. While no American submission earned any recognition, a grocer that many Americans should be familiar with was among the winners.